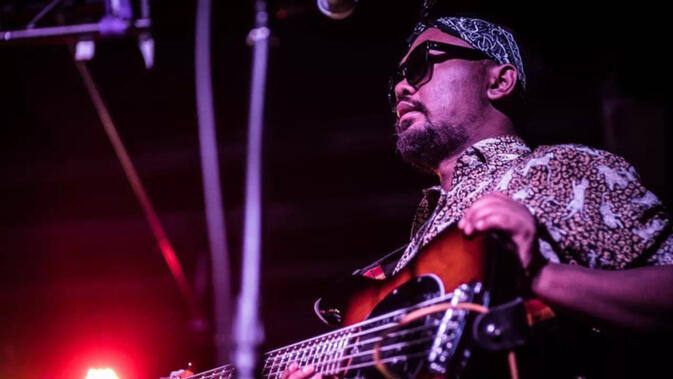 One of Yunnan's most recognizable musicians, Ai Yong (艾勇) — Chinese birth name, Chen Yuyong — was best known as the bass player for Yunnan bands Shanren (山人), and later KAWA, died early on the morning of November 19, 2017. He was taken away by renal disease, the same that took his mother just four years previously. Having witnessed first hand the sacrifices his family had to make through her eight years of dialysis and slow decline, he decided not to seek medical treatment and as a result left the world at the age of just 34.

Born on May 13, 1983 in the Ximeng Wa Autonomous County in southwest Yunnan, his ashes were buried in the hills above Ximeng on November 20, completing a life journey that took him all over the world only to bring him back to where it all began. This journey was echoed in Ai Yong's musical life — a creative cycle of rejection, experimentation and rediscovery that allowed a member of the Wa ethnicity to forge a path for all Yunnan minority musicians looking for a way to express their identities in Han-dominated popular culture. 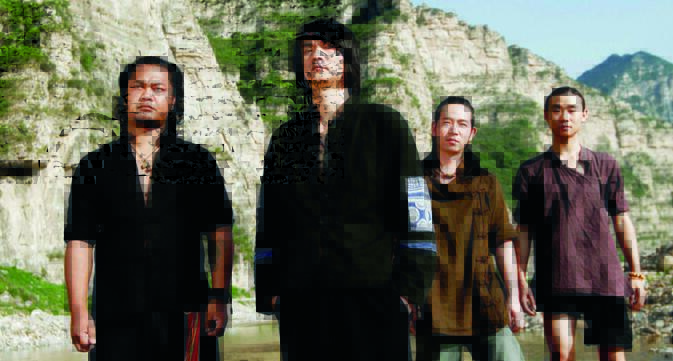 Shanren, with Ai Yong on the left

His journey started, like many in a rural situation, with a desire to rebel, break out and see the world. This was clearly seen in his years as a student, street fighter and clearly talented bassist in Mayuan Village in Kunming, as well in the internationally influenced underground rock music of Tu'an (图案), his first serious band.

During his years in Beijing with Shanren – from 2006 to 2014 — he visited more than twenty different countries for performances and cultural exchange projects. This time represented a period of learning, maturation and exposure to international influences, which facilitated a more objective contemplation of his own cultural background and a gradual change in musical direction. He received international recognition for his work on the album The Left Foot Dance of The Yi (左脚调) — which was released globally by The World Music Network in 2014.

Ai Yong's role in steering Shanren's music back towards the traditions of Yunnan has been consistently understated, especially by himself, as he came to resist the way in which Shanren were being portrayed as mountain musicians with little cultural relevance. As Ai Yong came to embrace his own status as a Wa cultural icon, the eclectic, multi-ethnic nature of Shanren's direction became less fulfilling and he eventually parted ways with the band in 2014 after ten years. This was just about a year before Shanren found fame and fortune as winners of the Chinese television competition Sing My Song (中国好歌曲).

His physical and musical homecoming — the completion of the cycle and crystallization of his sound — came with the seamless fusing of dub reggae with Wa melodies and attitude that have allowed his latest band, KAWA, in merely a year, and all the while based in Yunnan — to establish themselves as one of China's most exciting new acts. Ai Yong's experience, vision and determination made this unprecedented achievements possible but, unfortunately, again, he will not be here to enjoy the success. 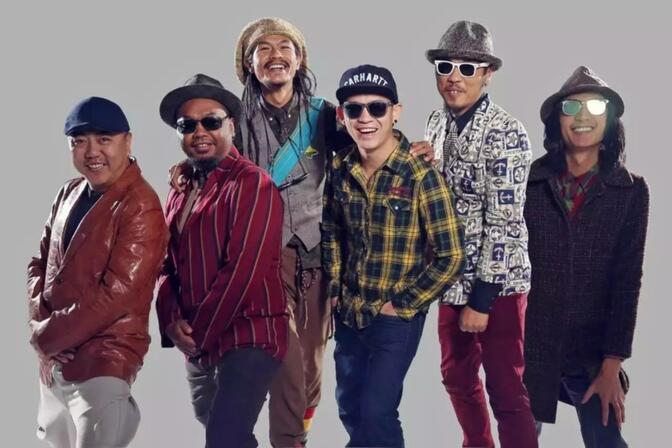 Yunnan has lost an enormous talent and that is tragic enough. But to lose one so young, and with such shocking abruptness, cannot help make us examine our roles in his decline. Ai Yong enjoyed his fair share of the rockstar lifestyle despite early warnings that his kidneys were fragile.

For those of us who spent those crazy years with him, we can't help but wonder how much we were complicit in allowing him to harm his health. Anyone that was with him in his final years and months now has to recognize that what sometimes seemed like laziness and arrogance were rather the frustrations and low energy of someone struggling to live up to everybody's expectations in the face of terminal illness. 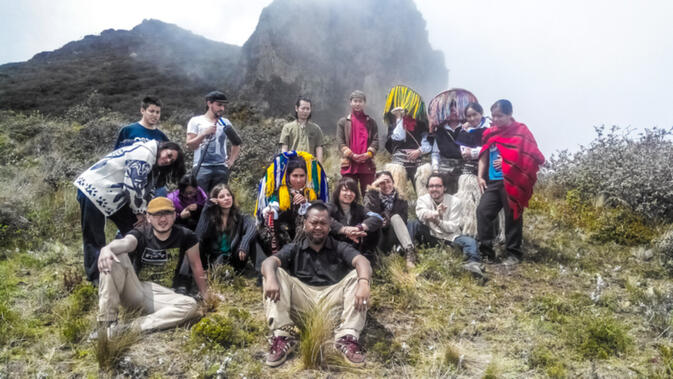 Shanren in the Andes, with Ai Yong seated in front

Whether it was trekking through Amazonia, climbing volcanoes in the Andes, snorkeling in Bali, or braving the late night New York City subway, my memories of Ai Yong will always be flavored by his presence at so many unforgettable moments in my own life. For those who knew him less well he will always be a part of Yunnan musical history — the rhythmic backbone of both Shanren and KAWA. His rock-solid presence, both physically and musically, can never be fully replaced.

Editor's note: GoKunming would like to thank Sam Debell for writing this moving article during what is obviously an extremely difficult time. We also extend our heartfelt condolences to Ai Yong's family, bandmates and friends. For those of us who have made lives here in Yunnan, Ai Yong helped create the soundtrack. We thank him for that. He will be missed.

Cannot say I knew Ai Yong, although I met him a few times. However, I'm familiar with Shanren, and just last Saturday became aware of Kawa - friend of mine and I, hearing the recording, were trying to figure out just where it was coming from; we asked and were told it was Kawa, and then I got the obvious, excellent Wa influence.
There are beginning to be quite a few good musicians here in Kunming, and they deserve respect. Sorry to hear that Ai Yong will not be among those who will continue to produce and invent the music.