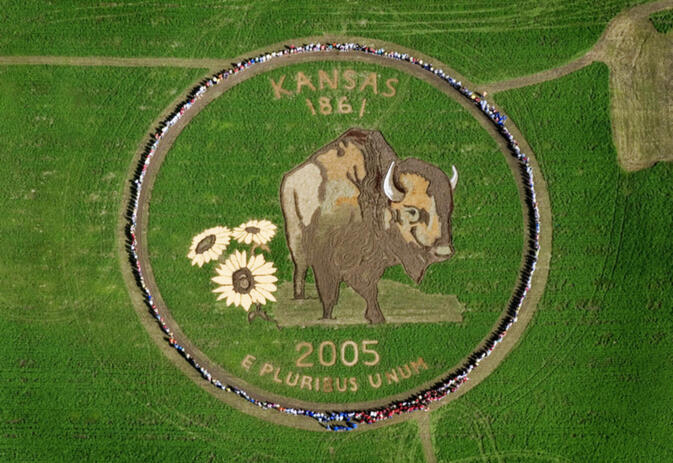 Stan Herd's serendipitous road to Yunnan began more than a year ago in the US city of Minneapolis. He wasn't actually there, but an executive from Honghe Tobacco was. There, the businessman from Yunnan saw one of Herd's "agri-glyph" art pieces. Also called earthscapes or earthworks, these are a form of environmental art Herd creates using dirt, stone, plants, wood and water on a massive scale. The cigarette executive took note of the artist and began to make quiet inquiries on how to get in touch.

A few months later, an email arrived from the tobacco man in China inviting Herd to visit Yunnan province and see if he wanted to participate in the construction of a public park. After a bit of consideration and recovering from the surprise of the invitation, Herd jumped at the chance. When, he asked himself, would he get another opportunity like this? 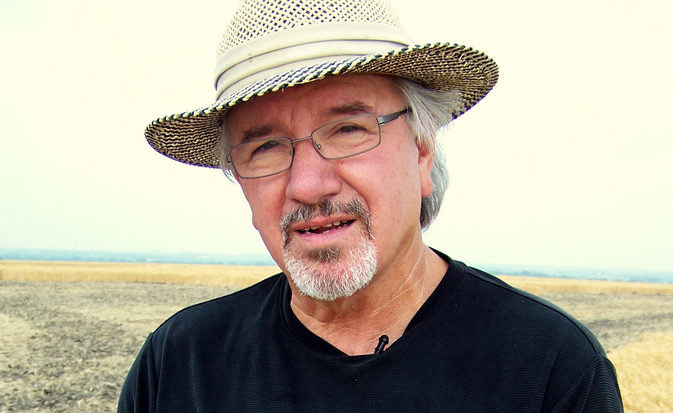 And so in early 2017, Herd found himself standing in the midst of an enormous construction site in Yunnan's Honghe Hani and Yi Autonomous Prefecture. There, in Mile County (弥勒县), he set to work designing what will become a monumental 35,000 square meter piece of art. When finished, it will be a permanent feature of the new 325 hectare Taiping Lake Park (太平湖公园). Of the work, which is slowly but surely nearing completion, Herd says "I've simply never been involved in anything this massive".

Construction of the park is funded by the Mile government and assisted by Jicheng Landscape Technology, a design company based in Mile. Project overseers introduced Herd to Yi and Hani culture, hoping he could come up with an agri-glyph design incorporating and honoring the two dominant local indigenous cultures. There was a period of research, of back and forth. "That's what has made it special," explains Herd. "I'm learning from everyone involved in the process and I hope they're learning from me. It has been extremely gratifying to be accepted here." 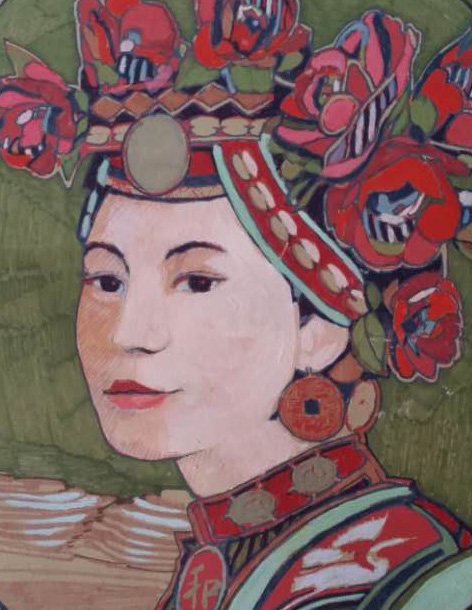 Herd's overall design is the bust of a woman with a backdrop of the 1,200 year-old Hani rice terraces — one of the oldest continuously used and maintained agricultural sites in the world. Atop the woman's head sits a crown made up of flowers native to Honghe. The overall concept for the piece, as Herd envisions it, is the melding of "agriculture, environment and culture". The earthwork is entitled Young Woman of China, and for Herd it represents something of a triptych he has been making for half of his life.

Born in the small town of Protection, Kansas, Herd first made a name for himself in 1981 when he designed and then created a field-sized portrait of the Native American chief White Bear, also commonly known in the United States as Satanta. Later, he created a massive work he called La Nina y el Viento — or Lady and the Wind. It portrayed a Native American Kickapoo woman.

"I also worked to make another portrait for the Brazil Olympics," Herd explains. "But that project — originally planned to be in a Rio de Janeiro favela — ultimately fell through. Instead, I made a smaller version of the concept, called Young Woman of Brazil, in Kansas City." Then China came calling.

So now Herd is spending every spare moment he can in a part of China he hadn't heard of 12 months ago. He has created several dozen agri-glyphs over the years, but the project in Honghe dwarfs them all. For Young Woman of China, Herd is using more than 15,000 bricks chipped out of locally quarried rock. Those are placed to create beds for flowering plants and medicinals native to the region. Together the stone and vegetation will form the patterns of the subject's face and clothing.

That face was a point of contention when the Taiping Lake effort first got underway. "The local officials wanted to change some details from my sketches," laughs Herd. "But because of the language barrier I couldn't understand exactly what they wanted." When the translator had time to do a bit of research, Herd discovered the government cadres wanted eyes that "portrayed wisdom, but not sophistication". It was a tall order.

That was months ago, and now Herd and his team are hurtling toward a deadline. When he recently returned to Yunnan from a break back in the United States, Herd found little had been accomplished in more than a month — a setback caused largely by unrelenting monsoon rains. 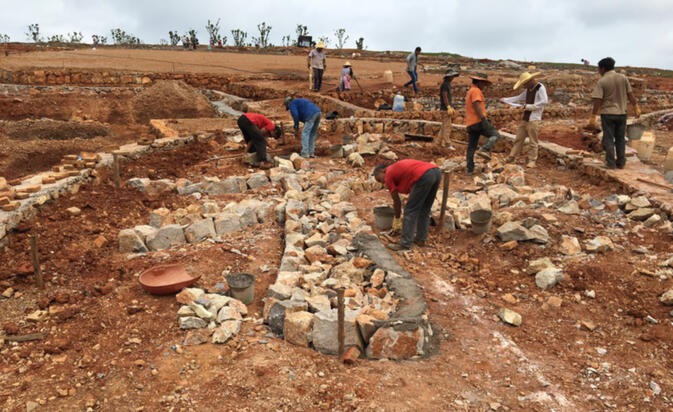 He jumped back into the project and more and more workers started showing up at the construction site, some of them equipped with heavy earth-moving equipment. Now things are rolling again. "For the first time, I feel like I have full control of this thing," Herd says. And there is some amount of urgency, as Honghe officials hope the agri-glyph and park can both be finished by sometime in December and opened to the public in time for Spring Festival.

But already, the 67 year-old Herd is looking ahead. He's fallen in love with Yunnan, especially Kunming, and is thinking of setting up an office and gallery in the Spring City. Herd sums up his trips to the Middle Kingdom by explaining, "My son Evan is soaking up the culture, and the relationships I've already built up [here] are even more important than this icon we're creating on the ground". 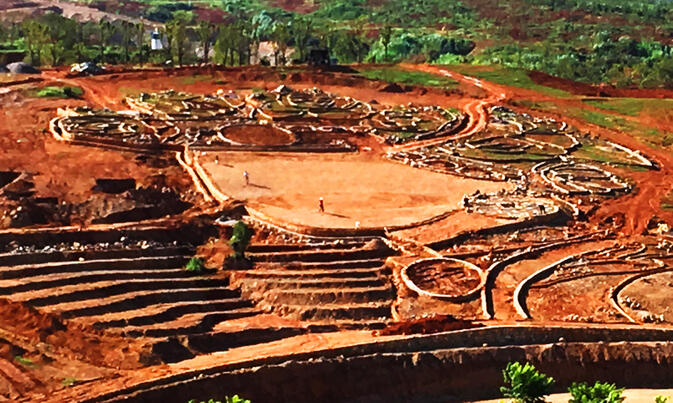