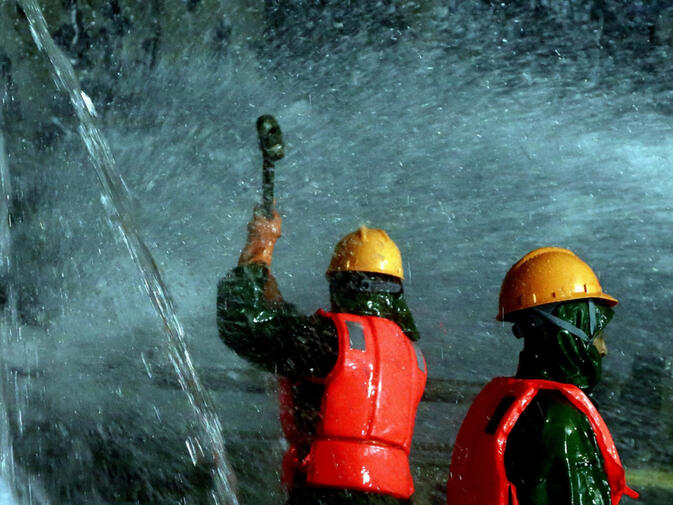 Railway workers and engineers laboring under extreme conditions in western Yunnan are engaged in what appears to be Sisyphean toil. The construction crew is tasked with boring through a mountain range to clear the way for a new railway line to Myanmar. However, they have reportedly spent 26 months making just 156 meters of progress, setting the overall project back immensely.

The railroad builders are one part of larger 25.7 billion yuan (US$3.8 billion) effort to connect the cities of Dali (大理) and Ruili (瑞丽). The team has met monstrous obstacles while burrowing under a peak in the Hengduan Range called Dazhu Mountain (大柱山). A combination of complicated geological formations, previously unknown underground rivers and difficulties with properly ventilating the passage have all hindered progress.

Water is an ever-present threat, and controlling floods inside the tunnel has been a near impossibility. One engineer working on the project told website China Railway he calculated the amount of water that has inundated the tunnel since its inception in 2008 would "fill Hangzhou's West Lake ten times over". The presence of so much water means mudslides are a frequent and dangerous occurrence. So far no one has been seriously injured.

As if the mud and water are not enough of a hinderance, the rock construction workers are drilling through maintains an average temperature of 34 degrees centigrade. When excavation machines are in operation, the ambient heat rises to 42 degrees. One young man working on the project jokingly told reporters the warmth is not too much of a bother because the near-constant flooding provides laborers with a free shower source. 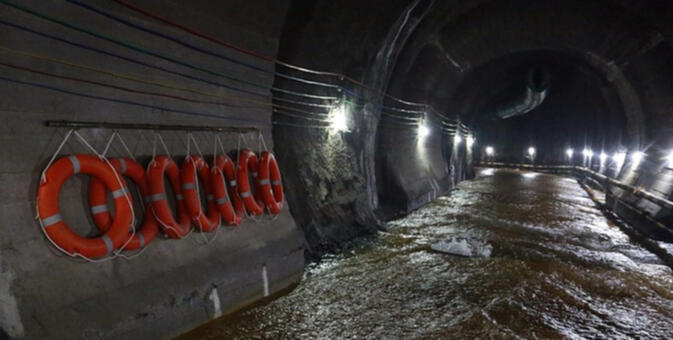 Levity aside, the company overseeing the tunnel's construction, First China Railway Group, has taken to trucking in ice bought from a local vegetable company 17 kilometers away in Baoshan (保山). Every day for the more than a year, the company has purchased four to five tons of ice just to keep drilling teams cool. The heat is so excessive that no one is allowed to work for more than two hours at a time without taking a mandated rest.

When the Dazhu Mountain section is finished, it will be only one of 40 tunnels along the 330-kilometer railway from Dali to the border with Ruili. The line will then ostensibly connect to railroads in Myanmar and perhaps one day to those in Bangladesh and India. But such goals are now far in the future because of some extremely stubborn rock. Engineers now say building the last 3.5 kilometers of tunnel will continue until at least 2021, as long as "there are no more unforeseen challenges".

Despite such a long timeframe, construction goes on day and night. Progress is slow and often demoralizing. Some Dazhu Mountain laborers — such as project foreman Jiang Dong — have been working on the tunnel for almost a decade. Bellowing above the incessant din of heavy machinery, Jiang was quoted as saying:

We started work here on the mountain the same day as the opening ceremonies for the Beijing Olympics. As originally planned, we were expected to finish six years later in 2014. But out of all expectation, this tunnel has tortured me for nine years and is still nowhere near finished. 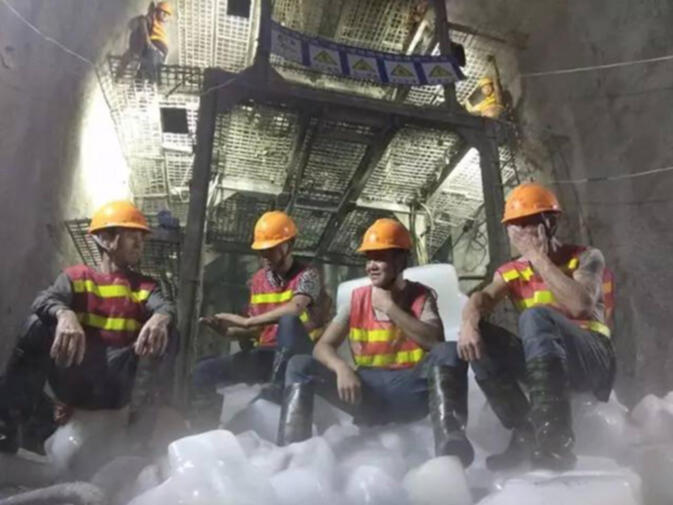 Interesting story. Shows the professionalism of the Chinese diggers.

Absolutely incredible and a great story about China and Yunnan progress.