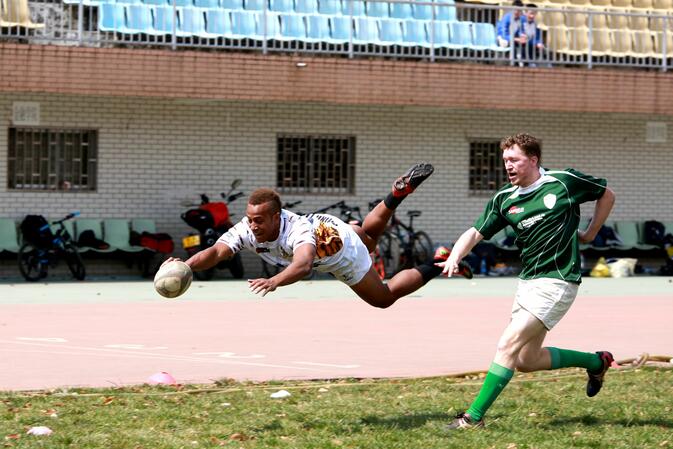 Two years ago, Kunming's rugby team, the Flying Tigers, travelled to Shenzhen for the semi-final of the All China Rugby Cup. They had difficulty rounding up enough people to field a proper team and many of the players were new to the sport. They were duly and thoroughly thrashed. Shenzhen went on to win that year's cup, becoming, for a while at least, the best team in China.

This Saturday, April 22 at 2pm, at the south fields on the campus of Kunming's University of Finance and Economics on Longquan Lu, Kunming rugby has a chance for revenge. Over 80 minutes, the Tigers and the Shenzhen Dragons will battle for the right to take on the Shanghai Dolphins — who beat the Beijing Aardvarks in the capital last week — in the China Plate final. 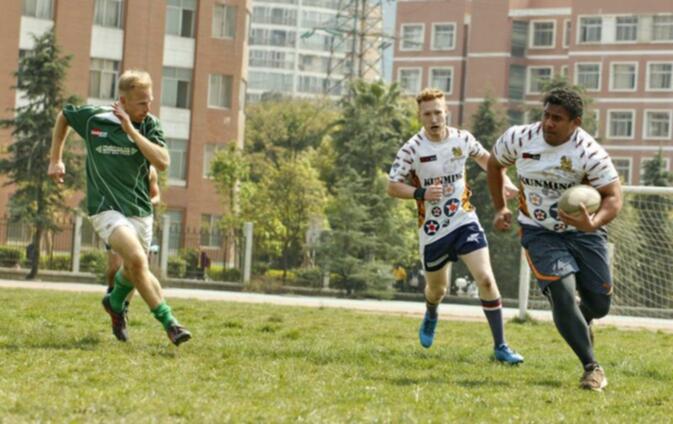 China's club rugby league is divided into four divisions based on geographical location. At the end of the season, the top finisher in every division qualifies for the All China Rugby Cup. Meanwhile, the second-place team from each division lands in the four-team China Plate Final. This year, the Flying Tigers narrowly missed out on the Rugby Cup, but bring a nearly unblemished home record into their Saturday clash with Shenzhen.

This year's showing by Kunming rugby shows continued improvement from when the club was first established six years ago. And as the Flying Tigers have grown and excelled, so too has the sport's profile inside China. The re-inclusion of rugby at last year's Rio Olympics has enhanced the appeal of the game, so much so that Alibaba's bizzillionaire founder Jack Ma has pledged to invest US$100 million into rugby in China over the next ten years. The Shenzhen Dragons and other east coast clubs are likely to be part of a proposed league run by the Chinese Rugby Football Association beginning in 2018. 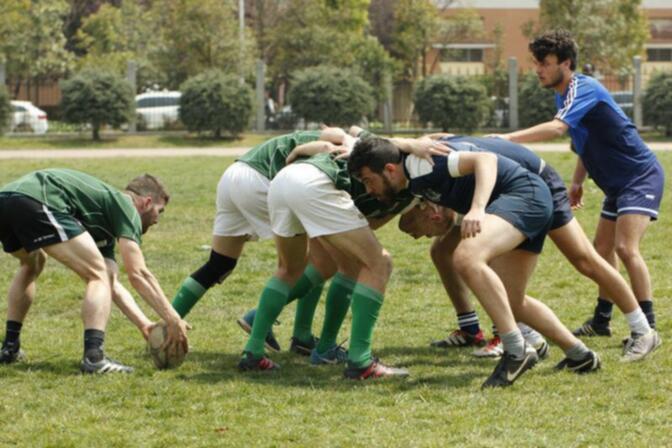 Beating Shenzhen on April 22 will be a tough task for the Kunming side, as the Dragons regularly play against experienced east coast and Hong Kong-based opposition. But the Flying Tigers have been recruiting, training hard and are prepared to make a larger name for themselves in the world of Chinese rugby. They hope their overall fitness, home advantage and Kunming's famed altitude can get them over the line.

Your support helps too! A great home crowd at the game is welcome and greatly appreciated by a team proud to represent Yunnan. Any and all supporters are also invited to a buffet dinner and after-party at team official sponsor O'Reilly's Irish Pub • Beer Garden in the evening following the game. 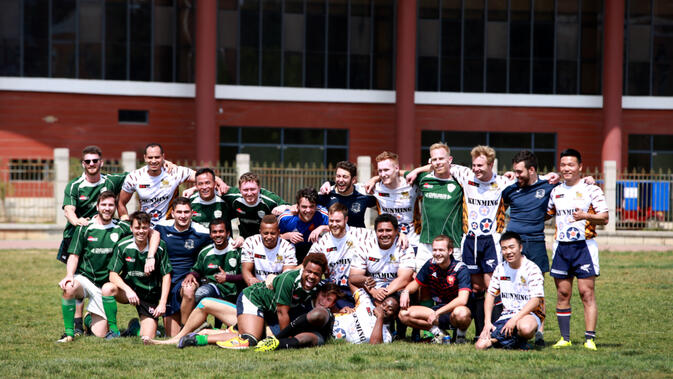