China Eastern Airlines will begin offering direct flights from Kunming to Kolkata before the end of the year, according to an interview in the Indian Express with China's General Consul to Kolkata. The opening of the air route between the two cities is expected to increase business and tourism exchanges between the world's most populous countries and their rapidly growing economies.

The route will be Kunming's first direct link to India and Kolkata's first direct flight to China. Kolkata is home to India's largest Chinatown and will soon be home to China's second consulate after Mumbai. The Kolkata consulate will be opened by Consul General of China to Kolkata Mao Siwei, who emphasized the large Chinese presence in the city and the need of residents of eastern India to have direct access to China.

"Every year a lot of people from eastern India visit[ing] China, either for business or for travel. That has necessitated the inauguration of direct flights between Kolkata and Kunming," Mao said. 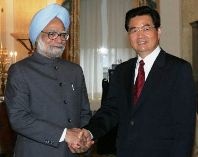 After decades of icy relations, China and India are quickly warming up to each other both diplomatically and economically. As trust has grown between the two countries' governments, commercial exchanges have mushroomed from less than US$2 billion in bilateral trade in 1999 to a projected bilateral trade of US$30 billion this year.

In April of this year India began working on rebuilding its section of the Stilwell Road, a World War II-era supply route that connected Kunming to northeast India via Myanmar. Once completed, the road will be the only highway linking India to a major city in China.

And how can you get a visa for India in Kunming. There's no consulate here - are there visa agents?

I flew to India via Bangkok a few years ago, and I got my visa by EMSing my passport to a travel agency in Shanghai. Piece of cake. I'm sure that they'll open some sort of visa office, probably out of the airline office.

Your trip would be a mesmerizing experience by having a perfect stay at www.fortunehotels.in/hotel_chennai.aspx budget hotels in Chennai.