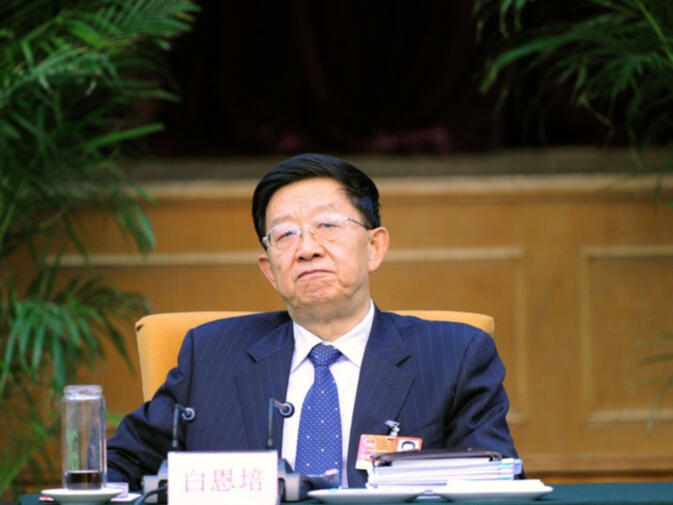 Two years after first running afoul of President Xi Jinping's anti-corruption steamroller, the former Party secretary of Yunnan was sentenced to death over the National Day holiday. The ruling in the case of Bai Enpei (白恩培) — who served as the province's top cadre from 2001 to 2011 — was immediately suspended for two years, indicating the former politician will likely spend the rest of his life in prison.

The verdict and sentence were handed down by the Anyang Intermediate People's Court in Henan. Why Bai was tried there, instead of in either the provinces of Qinghai or Yunnan where he committed his crimes, remains unclear. Suspension of the death penalty resulted, according to a court announcement, because Bai admitted his guilt and nearly all of the money and property he embezzled or otherwise misappropriated has been recovered.

While avoiding death, Bai will never be eligible for parole because of national sentencing laws enacted last year. Online magazine Caixin explains officials were once allowed chances at shortened or commuted sentences based on good behavior in prison,

...but in October 2015, the national legislature amended the country's penal code to allow a court to rule against the shortening of a jail term in a bribery case in which a large sum of money was involved or if the offender had caused grave damage to state or individual interests. 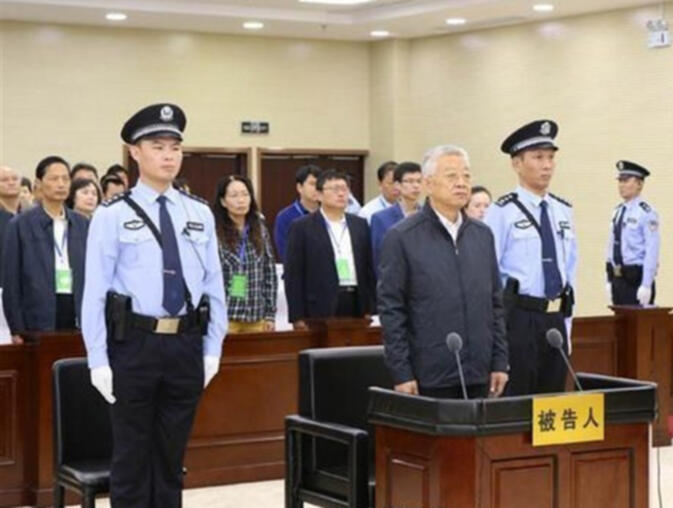 Bai was found guilty of accepting bribes and gifts totaling 246,764,511 yuan (US$36.85 million). This represents the largest amount of money siphoned off by any political figure implicated during China's four-year crackdown on corruption. Bai primarily benefitted from arranging sweetheart real estate and mining deals over an 13-year period beginning in 2000. The final three years of this time were spent as a member of the National People's Congress (NPC) — China's top law-making body — as deputy director of the Environment and Resources Protection Committee

Bai's troubles began in 2014 when he was implicated in the trial of mining tycoon Liu Han. Liu, head of Sichuan Hanlong, was eventually sentenced to death along with his brother for murder, gun-running and controlling an organized criminal ring. Bai and China's top security czar at the time, Zhou Yongkang (周永康), were both said by prosecutors to have ties to Liu during the latter's trial.

Considering his final position within the NPC, Bai's time in Yunnan will perhaps be remembered ironically. He was most widely known for his unflagging support for damming the Nu River. Educated as an engineer, Bai pushed for such projects up and down Asia's longest undammed waterway as a means of economic development. Championing hydropower over tourism and other development options, he once rather indelicately told reporters, "You cannot expect the people of the Nu River to keep wearing animal skins and bring in everyone to have a look in the name of ecotourism."

Presumably he had to roll over on his associates

"it was good while it lasted" particularly the hair