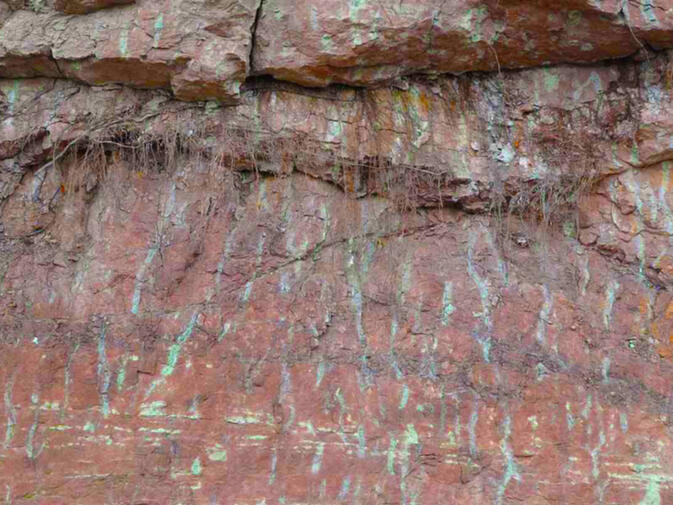 Ancient plants that grew in what is now China developed quite differently than science and common sense had previously suggested. This is the conclusion reached by a research team working in the dirt outside of Yunnan province's Qujing. Much to their surprise, they discovered fossils indicating the precursors of modern rhizomes, a type of root, grew up, not down, to survive.

The team made their discovery in what was once a floodplain, one that was repeatedly inundated with sediment and sand. The primeval plants growing in this region were forced to survive by growing up through each newly deposited layer of silt simply to keep up with rising soil levels. Eventually the plants reached lengths never considered possible by paleobotanists.

Xue Jinzhuang, a professor of paleobiology at Peking University, led the team that made the find. What they uncovered were the fossils of 410 million year-old rhizomes. Previously these rhizomes were thought capable of producing only delicate and thin roots extending a few centimeters below the soil. Instead, Xue and his assistants found remnants of the rhizome Drepanophycus 15 meters long.

The researchers were surprised. While Xue surmises only the tops of the plants remained alive as they grew, the discovery has wide-ranging ramifications not only for rhizome evolution, but also for how ancient soils were created.

The existence of root systems sitting this deep in the ground predates the first primordial forests by 20 million years. Researchers formerly believed these forests to be the first plant structures able to anchor soil and allow it to deepen. "The importance of rhizomes in the early colonization of terrestrial environments has been overlooked," Xue remarked on the find.

Qujing, where the discovery was made, lies 130 kilometers northeast of Yunnan's capital, Kunming. With this find it becomes the most recent place in the province to offer up an ancient plant-related surprise. Today known as one of the most botanically rich regions in the world, Yunnan now appears to have been an amazing spot for fauna ages ago as well. The rhizome joins a long list of other finds made in the province over the past decade, joining a bizarre ' walking cactus' fossil unearthed in 2011.