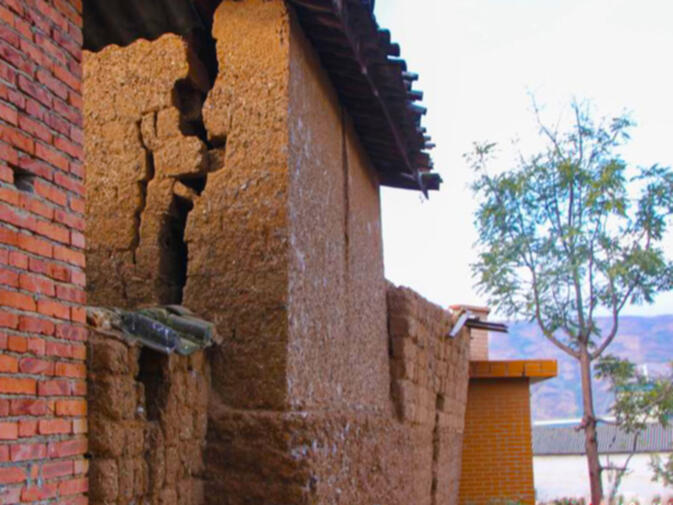 Image of earthquake damage not associated with May 18 temblor

The China Earthquake Network is reporting a magnitude 5.0 tremor struck Dali Prefecture very early on the morning of May 18. No fatalities have so far been reported, and emergency assessment crews have been despatched by the local government to evaluate damage amidst ongoing aftershocks.

The earthquake hit at 12:48am, with its epicenter located 15 kilometers beneath Yunlong County (云龙县), in an area 80 kilometers due west of Dali Old Town. The region is largely rural and, for China, not densely populated. Initial reports claim overall damage is light. However, Yunlong and surrounding counties affected by the temblor are mountainous and many villages remote, meaning emergency crews — if needed — may face delays.

The total extent of damage appears to be limited to cracked walls in houses and other buildings, damaged roads, and minor structural harm to older roadway bridges and tunnels. Small-scale landslides have also been reported. Many residents in the area spent the remainder of the night in open fields, while students at boarding schools camped out on playgrounds or in public squares.

Provincial disaster relief authorities have issued what is called a 'Level III' response. Such a move mobilizes prefectural-level emergency and response agencies and tasks them with organizing any needed search and rescue operations, collecting and distributing relief supplies and compiling overall damage reports.

The affected areas have suffered several aftershocks, the largest of which occurred seven minutes after the initial quake. It was centered under Eryuan County (洱源县), which neighbors Yunlong to the northeast, and registered 4.6 on the Richter scale. The region is, unfortunately, no stranger to earthquakes. In 2013, a 5.5 magnitude quake struck near Xishan Township (西山乡) — also in Eryuan County — leaving an estimated 12,000 people homeless.

Editor's note: Special thanks to GoKunming user mike4g_air, who originally brought this news story to our attention in the Forums.