By Chiara Ferraris in Features on January 28, 2016 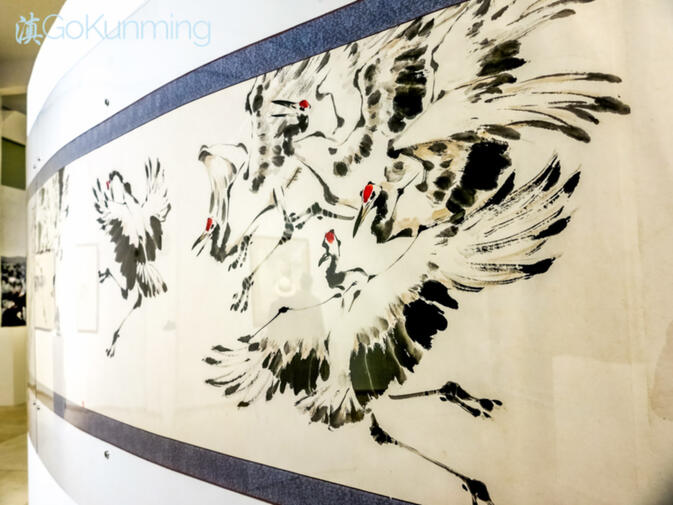 This year marks the one-hundredth anniversary of the birth of renowned Chinese painter and sculptor, Yuan Xiaocen (袁晓岑). To celebrate his lengthy career, a comprehensive exhibition has been organized at the Yuan Xiaocen Art Museum (袁晓岑美术馆), and is open to the public until March 25.

Born in 1915 in a remote village in Guizhou province, Yuan moved to Kunming in the 1930s to study Literature at Yunnan University. Growing up in a rural area deeply influenced his artwork, and animals such as horses, peacocks and cranes became the primary subjects for his paintings and sculptures. Later, Yuan began portraying famous characters from traditional Chinese poetry, while also creating more modern compositions, showing working class people in their everyday lives.

When we visited the gallery, a family member guided us through, telling us about Yuan's life and approach to art. He was an extremely resolute man, she told us, and managed to build a successful career despite his relatively poor background and no formal artistic training. He drew his first sketches on the outside walls of his parents' house, and then continued painting uninterruptedly until he died in 2008. From the 1980s on, he held solo exhibitions in various Chinese cities and abroad — including Japan, Switzerland and the United States.

The title of the Kunming exhibition celebrates Yuan's autodidactic approach to art, and indeed, its title Wanwu weishi (万物为师) means 'he learned from nature'. On the second floor of the gallery, visitors can find one of Yuan's masterpieces, an impressive 24-meter-long painting called 100 Cranes (百鹤图). The exhibition also features two of his most famous bronze sculptures — Eight Horses (八骏), and Mother and Daughter Studying Culture (母女学文化). The latter was created in 1951 and shows Yuan's support to a more equal position for women in the society. On display is also his last work, Peace (和平), which he completed in 2008 at the age of 93. 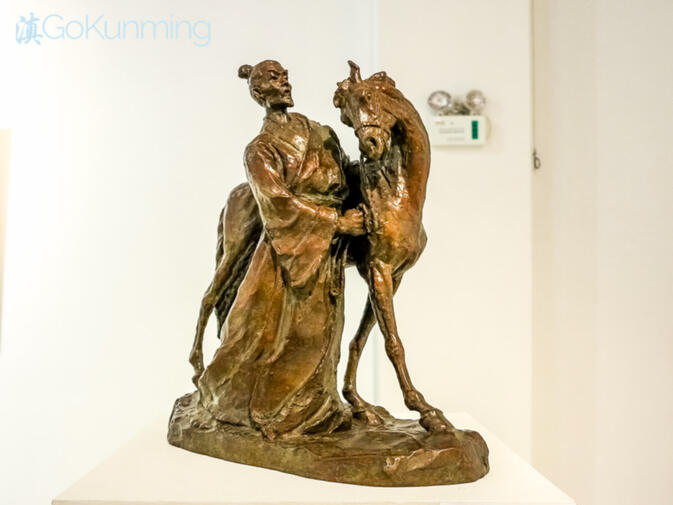 All of Yuan's sculptures are very dynamic and carved in a peculiar way, which makes them look malleable, almost soft, despite being made of metal. As a sculptor, Yuan was able to capture the vitality of his subjects and looking at his artwork, one has the feeling that these creatures are actually moving. We told this to our guide, who said. "Yuan Xiaocen would sit and observe a scene for a long time, trying to understand the essence of the movement. Only later, once back at his studio, he would draw a sketch."

Observation of nature was extremely important to Yuan, but the real work of producing art originated from the artist's mind and his memory. To supplement this, he combined Chinese tradition with more contemporary ideas and theories, especially Western studies of anatomy.

Yuan actively supported the Anti-Japanese War in the 1930s and 1940s, although his early engagement did not protect him from being criticized during the Cultural Revolution. Many of his works were destroyed during that tumultuous period, but pictures of some of them were saved by his family, and are displayed in a smaller hall on the exhibition's ground floor.

The Yuan Xiaocen Art Museum — one of the first in China dedicated exclusively to one artist — is itself a very interesting site, with glass-walled corridors overlooking the nearby Western Hills. It is surrounded by a park, where several more statues made by Yuan Xiaocen and other sculptors from Yunnan are on display. Combined with a visit to the exhibition, it makes for a very pleasant half-day trip from Kunming's city center. 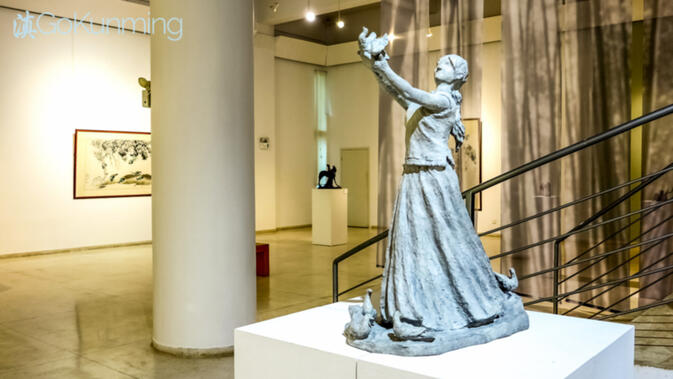 A parallel exhibition is being held in Beijing at the National Art Gallery of China ('NAMOC' - 中国美术馆). Both events were jointly organized and sponsored by various national and provincial institutions, including the National Art Museum of China, several Departments of the Yunnan Provincial Government and the Yunnan Art Institute. Admission to the Yuan Xiaocen Art Museum in Kunming is free, but guests have to register at the entrance. Bring a valid ID or passport.

The museum is open from Tuesday to Sunday, in the morning from 9:30am until noon, and in the afternoon from 1:30 until 5pm. The venue is closed on Mondays. The exhibition is scheduled to run until March 25, but will likely be open to the public until the end of April. For more information, visit the Museum's website or call 64315589. 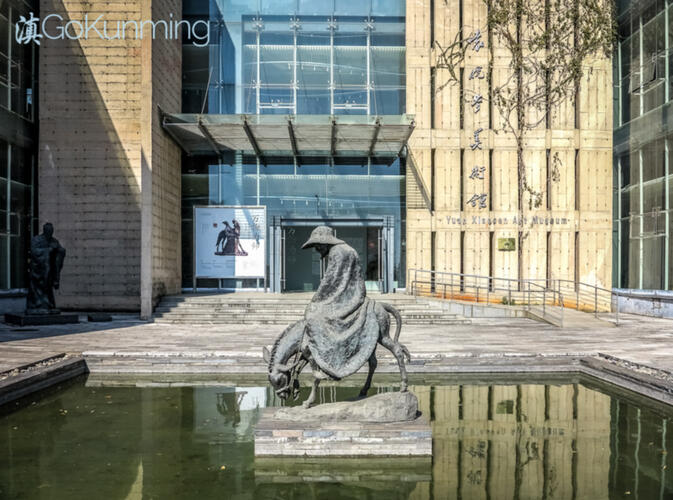 Bus 94 runs straight to Hongta Xi Lu (红塔西路), get off at the Haigeng Bieshuqu stop (海埂别墅区) and cross the road to reach the museum. Bus 183 runs to the Hongta Xi Lukou (红塔西路口) bus stop. After getting off the bus there, continue walking south on Yijing Lu (怡景路) and turn right onto Hongta Xi Lu at the first intersection. From there, it is a short walk to the exhibition. Alternatively, buses A1, 24, 44, 73, 184 and 233 stop at Hongta Dong Lukou (红塔东路口). From that bus stop, walk back a few meters and turn left onto Hongta Xi Lu. It is a 15-minute walk to the Yuan Xiaocen Arts Center. A taxi ride from the city center should cost between 40 and 60 yuan.