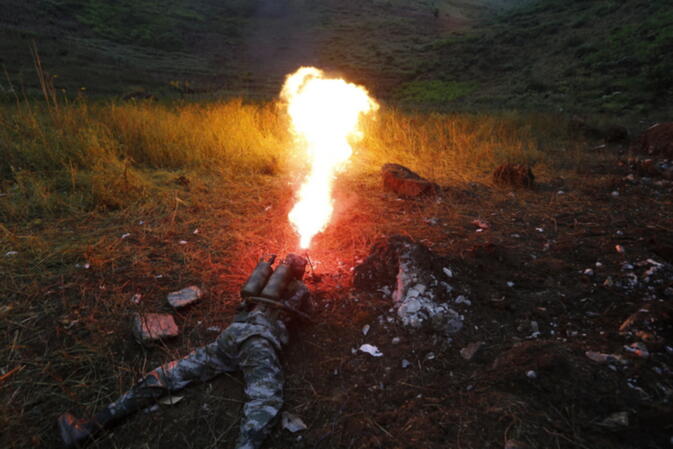 Soldiers from the People's Liberation Army began an arduous and extremely dangerous task on November 4. Their assigned task? Locate and remove hundreds of thousands of land mines — many of them still active — along Yunnan's border with Vietnam.

The mines were originally laid during the Sino-Vietnamese War, which raged for a single month in the winter of 1979. During that time, Chinese forces placed an estimated 1.3 million such anti-personnel mines on both sides of the border. A 400-person contingent of explosives experts dispatched from Chengdu are now attempting to clear some 470,000 of them by the end of 2017.

The two-year effort will focus mainly on six counties spread across southern Wenshan (文山) and Honghe (红河) prefectures. Progress is expected to be slow because many of the areas slated for de-mining are hilly and forested, while others are overgrown fields long ago abandoned after hidden ordinance killed or maimed farmers.

The minesweepers hail from a special explosives unit based in Chengdu. They arrived in southern Yunnan armed with all manner of excavation equipment — ranging from tiny brushes to pick axes and bulldozers. Those on the front lines wear bulky 'bomb-proof' suits as they pick their way delicately forward with metal detectors.

Once a mine is found, soldiers must determine if it is still active. If not, the bomb is removed to a safe location and destroyed. However, when a mine is thought to still be live, army personnel must decide the safest way to detonate it. From publicity photos and media descriptions, the tool of choice for clearing brush and setting off mines appears to be a flamethrower.

Similar, yet significantly smaller, operations are carried out from time to time, typically on a village by village basis. However, two large-scale de-mining efforts were undertaken in the region in the 1990s. The first lasted from 1992-1994, while the second spanned 1997-1999. Those endeavors cleared more than half a million land mines and 'explosive traps' from an area of 107 square kilometers in Wenshan.

Military coordinators expect the new mine-clearing effort to remove nearly all dangerous ordinance from the targeted locales. This will undoubtedly be welcome relief to the 50,000 people who live and farm where the clearances are conducted, as at least 6,000 people have been accidentally killed or injured by explosions in southern Yunnan since the mines were first set 35 years ago. 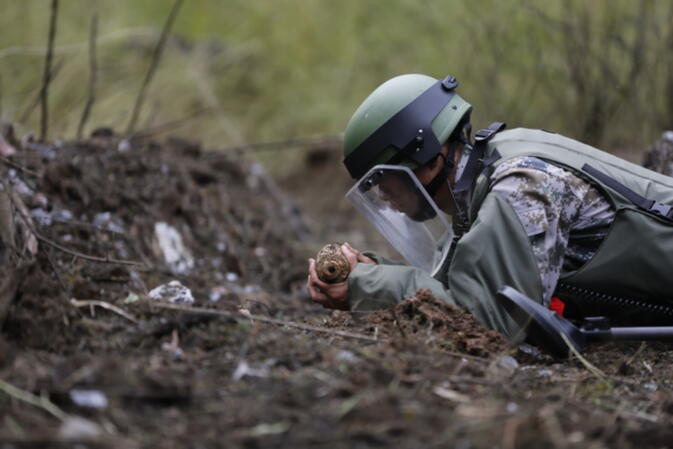