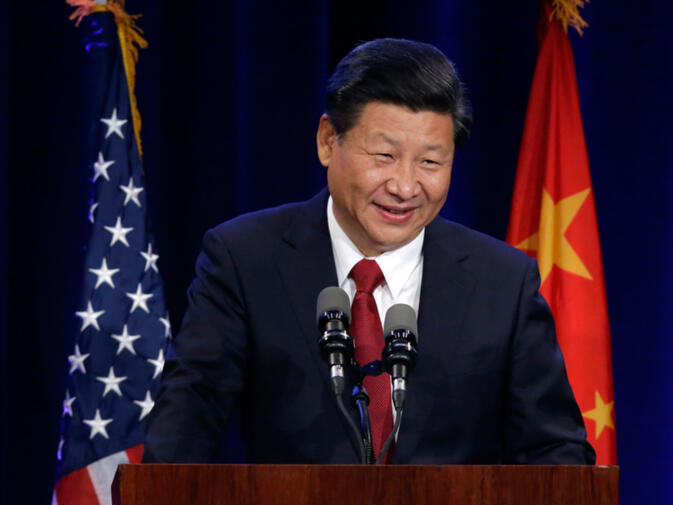 Chinese President Xi Jinping is in the middle of his first state visit to the United States this week. While the subject of Yunnan was most likely not high on the list of priorities during the president's first major stop, a small gesture signaled good news for growing business links between the US and his country's southwestern-most province.

Xi's initial stop was Seattle. It was a carefully orchestrated series of events, designed to reassure US businesses that despite lingering diplomatic tensions and a sputtering economy, China remains open for business. On September 22, the Chinese president flew in to Seattle aboard an American-made, Chinese owned, Boeing 747, and later in the day attended a dinner hosted by several of the wealthiest businessmen in the US.

During the dinner, Xi was toasted by former US Ambassador to China, Gary Locke. The drink of choice? Starbucks Pike Place Special Reserve coffee. The choice of beverage — much like Xi's choice of airplane — was a symbolic one. Seattle-based Starbucks currently has more than 1,800 stores in China — a number expected to double by 2020. On the eve of Xi's arrival, a Starbucks press release and announced the company hopes to "connect our cultures and people across China and the US".

While a press release and the drinking of a single cup of joe may seem small gestures, coffee has come to have great significance in one of China's poorest provinces. According to news service Xinhua, Yunnan produces 99 percent of all coffee grown in the country. The industry is expected to generate at least US$5.6 billion in annual revenue by 2020, to a great extent based on Starbucks' projected store growth.

The coffee giant purchased 840 metric tons of beans from Yunnan in the first nine months of 2014. That number is expected to jump much higher as provincial farmers increasingly make the switch from subsistence cultivation of rice to cash crops such as coffee. For its part, Starbucks has actively encouraged such change, and in 2012 opened a Farmer Support Center in Pu'er with the aim of introducing "responsible coffee-growing practices and processing methods that improve quality" and raise bean prices.

This is exactly the type of "win-win" business relationship Xi hopes to foster during his US visit. For Yunnan at least, it appears Xi's trip was a success from the outset, although Starbucks could have been just a touch more forward-thinking and provided its Yunnan arabica coffee to China's president during the toast.

Somebody has to grow the food. Commercial farming incomes are unstable, unreliable.