Reflections on the Tea Horse Road 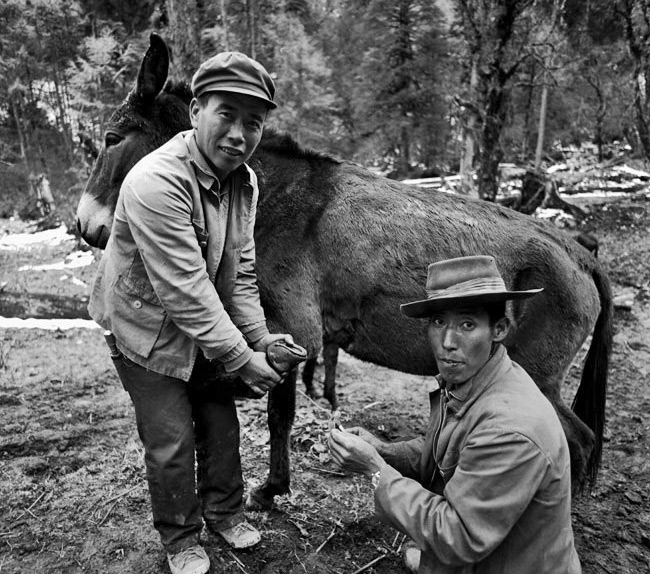 The relationship between storytelling and facts is closer than one might think. Thomas Babington Macauley expressed it well when he said that history must be "received by the imagination as well as the reason," if we are to capture the hearts of our readers. Fact and invention are the stuff of any historical novel, whether that be the historian or novelist reenacting, reimagining and recreating history. The storytelling, not the story, is what keeps us turning the page.

We have been conditioned to believe that history and time are dispiritingly linear, a timeline or narrative structure that moves from beginning to end, and in the case of the Tea Horse Road (茶马古道) muleteers, from source to delivery, so to speak. The precise grid of routes from say Lijiang to Lhasa is anything but 'straight lines,' but a labyrinth of trails, paths and roads. Moving forward, but almost never in a straight line, moving back and forth along these familiar routes — cyclical, winding, repetitive, linear, seasonal, public and private.

The mobility of the muleteers was variable, subject to change depending on season, weather, and local environment. Many if not most of the muleteers were peasants, expert in sowing crops and harvesting. They were well attuned to the rhythms of the earth and sky.

A seasonal formula for travel among the muleteers in Yunnan goes: 'Don't travel east during spring, don't travel south during summer, don't travel west during the fall, and don't travel north during winter.' But if goods needed to be urgently delivered, or muleteers had to travel when merchants or caravan owners demanded, then muleteers, for the right price, could be relied upon to hit the road at any time of the year. In this respect, muleteer time was very much 'an unattached door,' to quote the poet Shadab Zeest Hashmi, a time where the muleteers worked 'their own destiny.'

The muleteers sought their destiny on the road — and the rivers — where dangers from predators such as animals and bandits, random accidents, rogue weather, the perils of the unknown, and bodies ravaged and broken by long, arduous work, were a way of life. The trade routes, the spider web of paths and trails that connected major trade arteries, all mattered because they were where the cash and the sales channels flowed, where business alliances were forged.

One of the major trading centers in northwest Yunnan was Lijiang, which experienced unprecedented economic growth during the Second Sino-Japanese War. Lijiang witnessed such growth that many state-owned and private banks set up branches there, including Yihua Bank (益华银行), Bank of China (中国银行), The Mining Bank (矿业银行) The Overseas Bank Corporation of China (中国侨民银行公司) and Fudian Bank (富滇银行). Merchants from Lijiang expanded their businesses in Lhasa, Kalimpong, Siliguri and Calcutta.

I can't help thinking of the profound effect travel had on the muleteers, travel that is close to its French language origins 'travail, meaning 'to toil, to labour, 'a difficult journey.' Regardless of how primitive or rugged the trails, paths and roads may have been, or how long it took to transport commodities, goods moved across vast regions and international borders.

The history of these roads is fascinating as it tells us stories of how and why different cities and towns were settled, developed and expanded, the flow of merchandise — both luxury and goods and basic necessities — and the mutual dependence between the people who travelled them. One of the earliest meanings of 'trade' circulating in late fourteenth century Europe meant 'path,' 'track' or 'course,' reminding us that roads, paths, routes, both on land and water, have always been entwined with human economic activity. 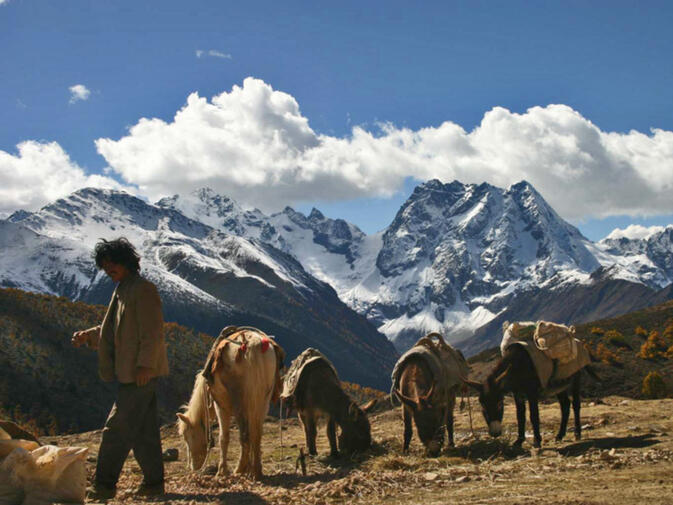 Editor's note: This article was written by Peter Micic and originally posted on website Cloud Nine Teas. For more of his writings about China and all things tea, check out his Linkedin page.

Beautiful article, Peter. Hope we can benefit from your expertise to guide us at the Pear Orchard Temple in Shaxi, to educate people about the Tea Horse Road and have them enjoy a perfect cup of Yunnan tea. Looking forward to your next visit to Shaxi!
www.shaxichina.com
Chris Barclay

Great article indeed. It is always the first thing I try to communicate to our guests when they arrive in Yunnan. The depth of the historic relevance of the Tea Horse Road is unmatched. Funny that the mainstream tourism industry decided to use it as an umbrella and then promptly started to simplify it as some sort of static movement in which you can almost imagine a single caravan hauling their tea straight to Lhasa, and bringing back horses, unregarding during which season. Not only the actual movement but also the influence is so much underestimated and not given the attention it deserves. Your article makes my legs itch to pack up some mules and GO!