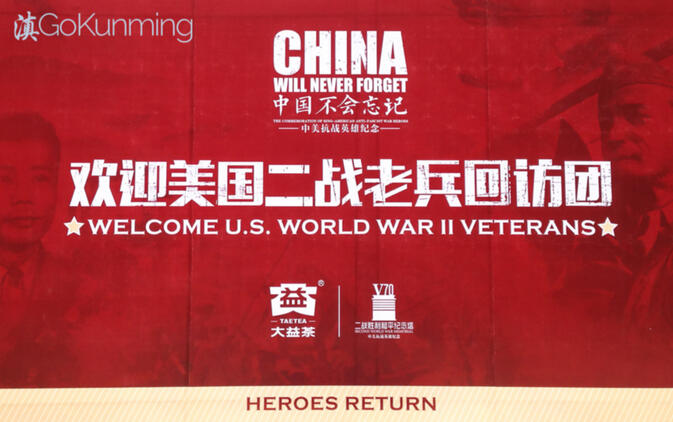 As an extension of nationwide ceremonies commemorating the end of World War Two, surviving American veterans were honored in Kunming this week. The 12 men, all of whom flew combat and supply missions, worked as mechanics or provided translation between Chinese and Allied troops in Yunnan more than 50 years ago, became honorary Spring City citizens at a ceremony held September 6 at Green Lake Hotel.

After meeting with Chinese President Xi Jinping in Beijing, the veterans traveled to Kunming. The group included members of the original American Volunteer Group, better known in China as the Flying Tigers, as well as members of the Fourteenth Air Force. The group was rounded out by staff of the Air Transport Command — known for carrying out the Hump Airlift over the Himalayas. A member of Merrill's Marauders, the United States Army long-range special operations jungle warfare unit, which played an important role in opening the Burma Road into China, was also in attendance. 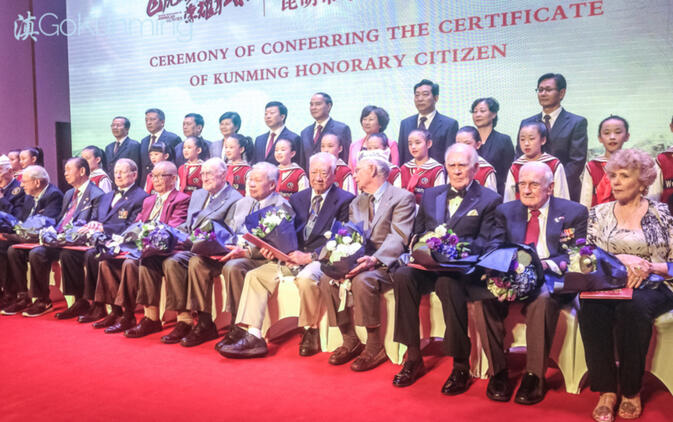 The veterans were welcomed to a traditional Pu'er tea ceremony organized by the main host of the weekend events, Taetea Company. The company that was founded during the war in an effort to supply unoccupied parts of China with tea and help fund the war effort. Coordination from the American side was provided largely by Jeffrey Green, Director of the Sino-American Aviation Heritage Foundation.

Following the tea service at Green Lake Hotel's main ballroom, the gathered veterans were individually introduced to the gathered dignitaries, in a ceremony featuring video biographies. The next day, the veterans visited the Kunming Museum and toured a temporary exhibit highlighting the exploits of China National Aviation Corporation, the Flying Tigers and those military and civilian personnel who made the Hump route possible. 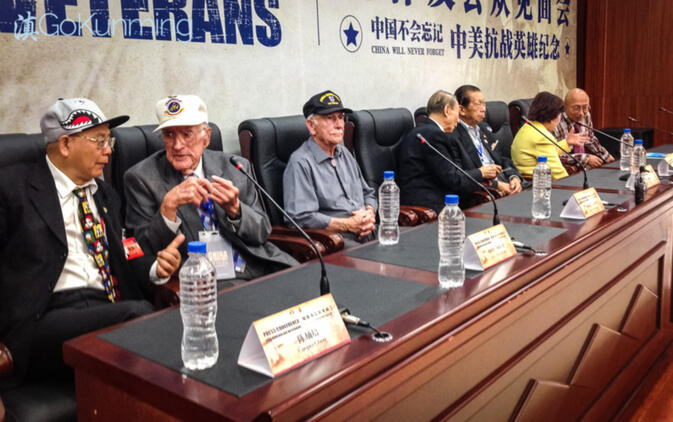 The veterans presented the museum with an authentic flight jacket and painting of a Curtiss P-40 Warhawk, before answering questions from local media members. In a speech delivered by Kunming Mayor Li Wenrong (李文荣), the veterans were told, "You will always be home when you are in Kunming."

Gathered again after lunch at the hotel, the veterans were feted by the mayor, the city's Party Secretary, Cheng Lianyuan (程连元), and the Deputy Director of the Yunnan Provincial People's Congress, Dao Linyin (刀林荫). They were each presented with medals and formally recognized as honorary Kunming citizens. A dinner followed with the veterans seated amongst government representatives while documentaries about Yunnan's crucial role in China's World War II defense played in the background. 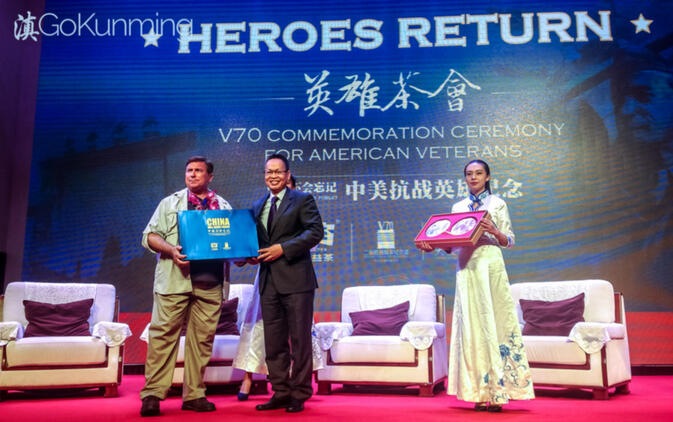 Early Monday morning, the group left Kunming for Baoshan, where they visited the Huitong Bridge on the Burma Road. The site witnessed some of the most intense and prolonged action seen in Yunnan during the war — three months of unrelenting fighting that claimed the lives of some 7,600 Chinese soldiers.

The group of veterans will wrap up their whirlwind China trip with journeys to Chengdu and Shenzhen, before flying home to the United States. As the veterans are now all well into their nineties, this may well be the last chance such events can be held with Yunnan's adopted Allied brethren. 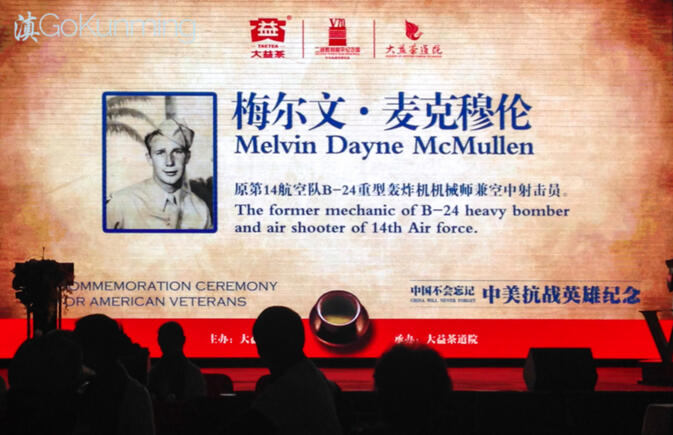 Editor's note: Special thanks to Lieuwe Montsma for his contributions to this article.

What is an air shooter?

Chinese says "空中射击员" which roughly translates to "aerial gunner" or the guy who operates machine guns mounted on an aircraft. I think.