Shwe Mann removal a blow to reform in Myanmar 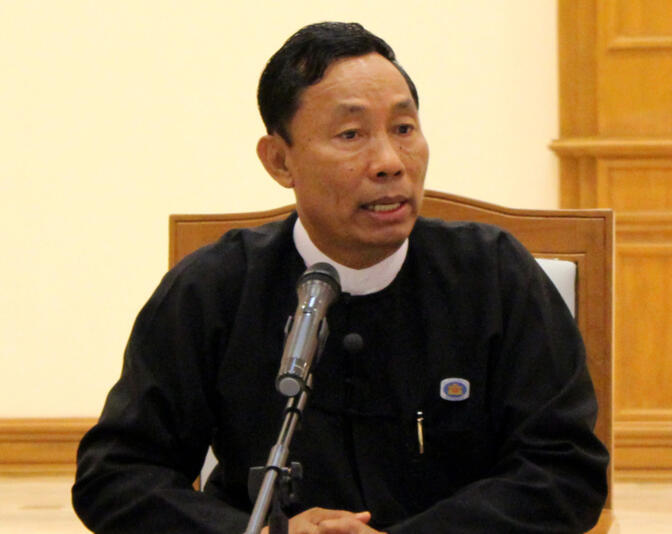 Less than three months before the country's highly anticipated parliamentary elections, an internal purge of Myanmar's ruling party has cast doubts on the prospects of reforms in the Southeast Asian state.

On Wednesday evening, security forces surrounded the headquarters of the ruling Union Solidarity and Development Party (USDP), preventing politicians from leaving. Not long after, it was announced that Shwe Mann, chairman of the military-backed USDP, was stepping down. The Parliament speaker's ouster has changed Myanmar's political landscape ahead of November 8 and has thrown the future of the nascent democracy into uncertainty.

Shwe Mann, who was the third highest ranking official in General Than Shwe's junta, was expected by many to take over the presidency in this year's election. His ties to the military and his reputation as a reformer with close connections to opposition leader Aung San Suu Kyi made him the ideal compromise candidate for a country that is struggling to maintain the pace of political and economic reforms started following the end of military rule in 2011.

It was this image as a reformer that ultimately led to his downfall. Ye Htut, Myanmar's information minister and President Thein Sein's spokesman confirmed as much Sunday, saying that Shwe Mann was removed because he challenged the military's hold on parliamentary power and forged ties with rival party leaders.

Throughout Thein Sein's tenure, Shwe Mann repeatedly made public overtures to Suu Kyi and her party, the National League for Democracy (NLD). Many in Myanmar expected this year's parliamentary elections to result in a unity government of the USDP and the NLD, with Shwe Mann as president. Both party leaders expressed a desire to alter the junta-backed 2008 constitution, which currently bars Suu Kyi from becoming president and reserves 25 percent of the parliament's seats for the military.

Announcing his desire to partner with the opposition leader gained him popularity among the reform-minded Burmese public, but it did not endear him to the military elite. Former junta leader Than Shwe has reportedly changed his mind about the series of reforms he ordered five years ago and ultimately ordered Shwe Mann's removal in order to re-consolidate the military's hold on power. 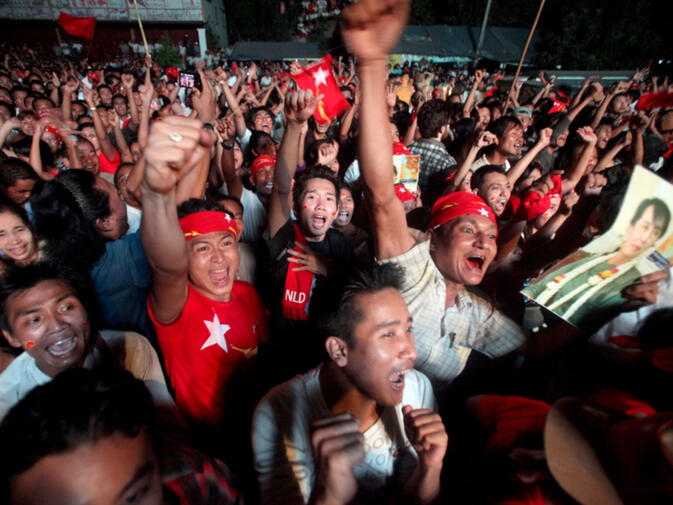 The imagery of Wednesday evening's intra-party coup certainly suggests that a return to the atmosphere of pre-reform Myanmar is afoot. Using the country's security forces betrayed the involvement of the Senior General Min Aung Hlaing, likely carrying the blessings of Than Shwe. Despite his large political ambition, it is doubtful that the encirclement of USDP headquarters by soldiers and military police was needed to remove Shwe Mann from power.

Instead, the display of military force was symbolic, serving notice to any would-be political challengers and the Burmese public as a whole that the military is ultimately in control. The bloodless coup's casualties were only political in nature, but the violent signals it sent will have reminded many of past military purges. Aung San Suu Kyi may be free from house arrest and newspapers may have cautiously restarted their printing presses, but the junta has not yet given up the reins.

The political landscape leading up to this year's elections has changed considerably following Shwe Mann's removal. He was Thein Sein's primary political rival and with Aung San Suu Kyi sidelined by constitutional provisions, the presidency is Thein Sein's to lose. Whether or not he will take the opportunity is another matter. The former general has waffled in his plans regarding the presidency, alternately saying that poor health will force him to step down and suggesting that his decision depends on the "the country's situation, the prevailing circumstances, and wishes of the people." Thein Sein does not need to immediately decide on his political future, however. Even if he chooses to sit out November's elections, Thein Sein can still be nominated for the presidency by parliament, according to Myanmar's 2008 constitution.

While Thein Sein's presidential ambitions may be unclear, the prospects for liberal reform in Myanmar are unquestionably dim. Shwe Mann's removal likely signals both a slowdown for political reform and crackdowns on Myanmar's burgeoning civil society and free media.

Following his ouster, the government gagged media organizations linked to Shwe Mann. The Union Daily newspaper and the weekly Leader Journal, both known as mouthpieces for Shwe Mann, were ordered to suspend operations by the Ministry of Information. In addition, Cherry FM, a radio station linked to Shwe Mann's daughter-in-law, was taken off the air Friday.

Despite seemingly bleak prospects for Myanmar's reform process, Shwe Mann's removal could have unexpected consequences if the November elections remain free and fair. Shwe Mann represented reform within the country's military establishment and offered a middle road between the NLD opposition and the hardliners in the USDP. Many Burmese that I have spoken with in recent years knew that Aung San Suu Kyi's chances of ascending to the presidency were slim and viewed Shwe Mann as an acceptable alternative. That option is gone now.

By deposing Shwe Mann, the USDP might have pushed millions of moderate voters into the arms of their political opponents. However, that all depends on free and fair elections in November – an unlikely event following Wednesday's intra-party coup.

Editor's note: The preceding article was written by William Feinberg and originally published on website East By Southeast. It is reprinted here, with permission, in its entirety.

In China's hinterlands, a new life for Myanmar's Rohingya

Myanmar will probably try to follow Thailand's and Egypt's style of migration to democracy, but will need to do it in a rather glacial and controlled manner. Democracy has and always will require responsibility, with the liberty of self-determination.

Without that - gambling, prostitutions, drugs, and the undercurrents of crime always flowing just beneath the surface will raise their ugly heads - a la Mexico and become uncontrollable.

Myanmar's shift to pro-conservative military strengthening of their position can only be a setback for US intervention in Asia and a potential boon for the pro-Chinese faction (or pro-Russia, depending on which strategy they're playing and whether Russia can land a foothold in South Asia - but that strategic military or economic purpose is opaque).

53 years of this crap - my respect for the people of the country, who have managed to hang on through it all.
I'll be glad when all these guys are fossils, and I'm sure the Burmese/Myanmarese who are alive then will too. But it won't happen automatically.