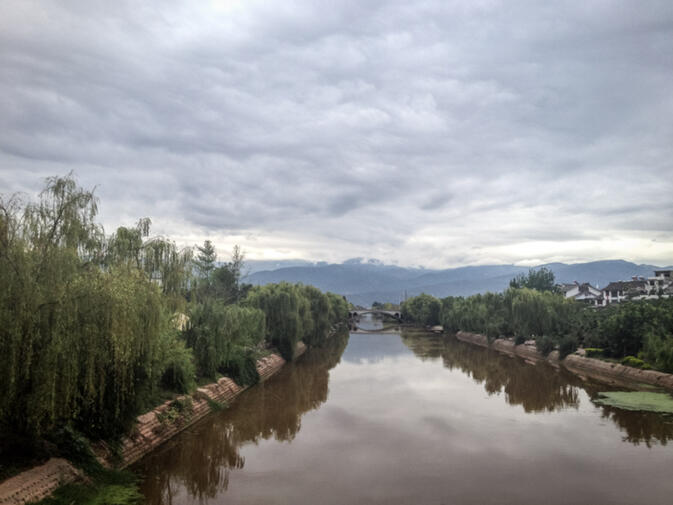 Xichang City (西昌市), capital of Liangshan Autonomous Yi Prefecture in Sichuan, is roughly halfway between Kunming and Chengdu. Xichang is the namesake of one of the major roads in Kunming — Xichang Lu — which runs from Yunnan University Hospital to the Yunfang Business Area. Beyond that tidbit, very little information about the city is provided in tourist books or online.

Because of this lack of particulars, I decided to write about my experience passing through the area recently. My primary intention for the trip was to collect recordings of the Nuosu language as spoken by the local Yi people. Along the way, I did manage to see some cool sites as well. 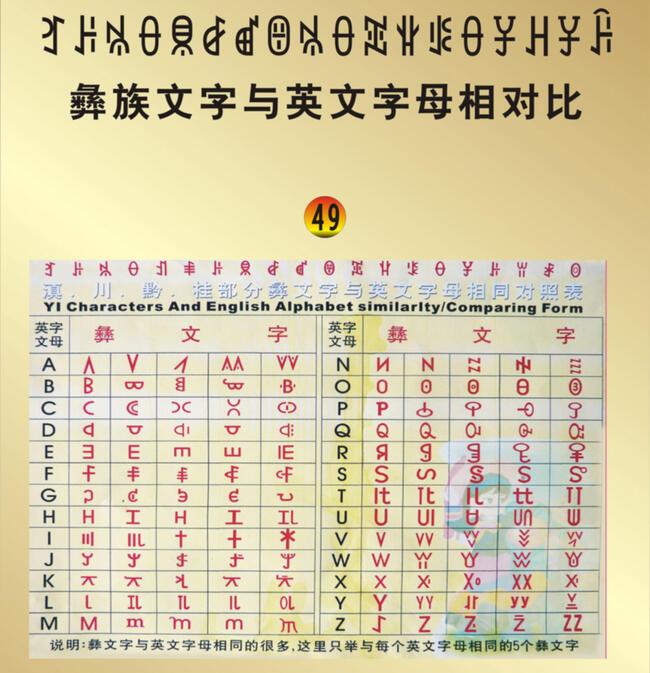 Despite the fact that the number of ethnic Yi is larger within Yunnan province compared with the number within Sichuan, the central government mandated 'standard' Yi language as the dialect to be spoken in Liangshan's Xide County. This decision was made following China adopting Stalinist-era ethnolinguistic policies which assigned a language standard to each county based on ethnic population statistics.

The languages spoken by the various Yi sub-groups belong within the Tibeto-Burman language group. There are well over 100 languages in this family, which stretches across Northern India, Myanmar, Nepal, Bhutan, Bangladesh, western Thailand and southwest China. Most linguists consider the Tibeto-Burman languages to share common ancestry with the plethora of mutually unintelligible Chinese dialects which together form the Sino-Tibetan language family.

This linguistic group is similar in geographic spread and number of native speakers as the Indo-European language group — a massive category which includes English, Spanish, Russian, Hindi and many, many others. While my research has primarily focused on the languages spoken by the ethnic Bai and Yi groups in Yunnan, I had wanted to collect recordings of the Liangshan Yi language — referred to as Nuosu (诺苏) in Chinese — for quite some time. 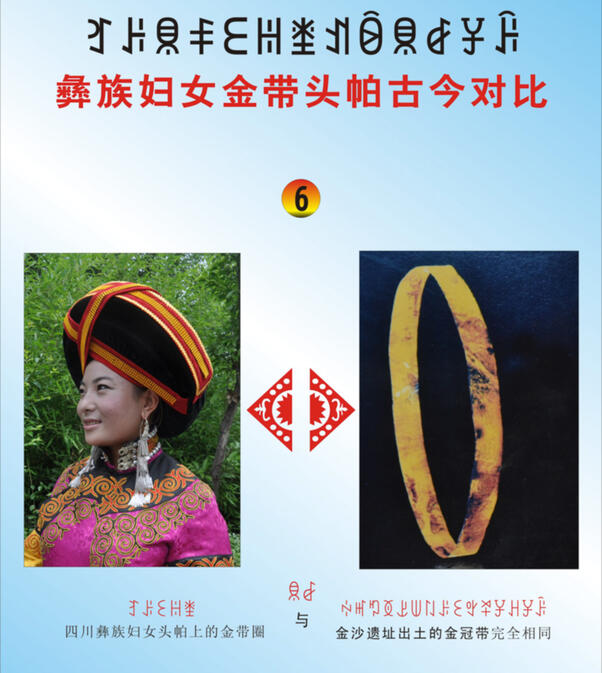 Before arriving in Xichang, I contacted the Liangshan Prefecture Ethnic Yi Culture Research Institute (凉山州彝族文化研究所), requesting native Nuosu speakers willing to assist in the recording of certain texts I had compiled. The institute set me up with two native speakers and the recording was done in a quiet room with only occasional interruptions. The younger speaker was a little shy. Her giggling made the recording process take longer than usual, but her speech was overall very clear and coherent. The older speaker was more confident, but he claimed to have a strong accent from nearby Dechang (德昌) instead of the standard one from Xide.

After recording, workers at the institute insisted on showing me an Yi cultural exhibit hosted in the prefectural library. The display contains more than sixty brief descriptions regarding traditional Yi culture, each accompanied by pictures. One subset of these descriptions introduces the origins of the clothing worn by Yi men and women across age groups and marital statuses. Another shows traditional tools used in pre-modern times. The subset in which I was most interested, unsurprisingly, provided examples of the various scripts used throughout history by ethnic Yi in Liangshan and in other areas of southwest China.

One of the pictures features a comparison of several Yi scripts alongside the Roman alphabet, demonstrating that each Roman letter can be found in at least one of the major Yi scripts. The modern Nuosu script consists of 819 unique symbols, each of which corresponds to one syllable pronunciation and one diacritic mark indicating a tone change. 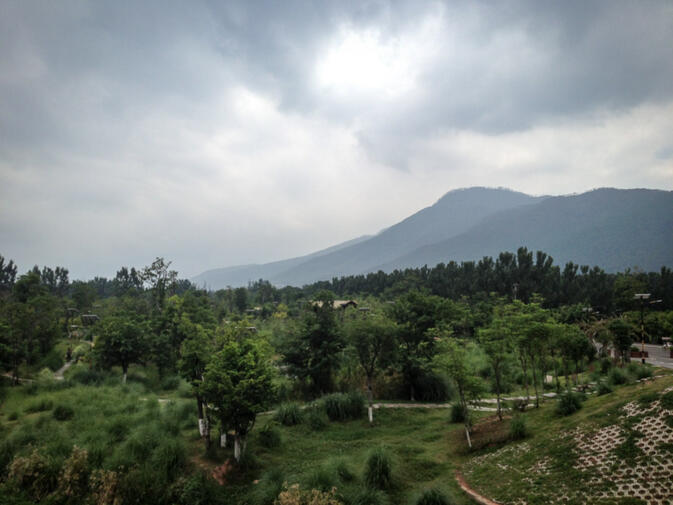 Like many other southwestern Chinese population centers such as Kunming, Dali, and Chengjiang, Xichang contains a sizable lake within the city limits. Qionghai Lake (邛海) covers an area of 31 square kilometers and is the largest freshwater lake in Sichuan. According to one of the information bulletins along the shore, it provides drinking water for roughly 400,000 residents.

The lake itself is surrounded by the Qionghai National Wetland Park (邛海国家湿地公园) which is one of the main sites in Xichang. There is an entrance fee of 55 yuan for adults at some gates. However, it is possible to get in through off-path entrances without purchasing a ticket. The wetland is home to nineteen kinds of migratory birds in late autumn and early winter, including swans, white cranes, herons, swallows, storks, and ducks. Unfortunately, my visit did not coincide with this season. In the middle of the park there is a bird-watching island (观鸟岛), directions to which are posted everywhere.

The Qionghai wetlands are considerably larger and quieter than a similar attraction near the Dounan Flower Market in Kunming. The Sichuan version features a 36-kilometer scenic bike trail — which is capacious and immaculate — completely closed off from motorized traffic. Bicycle rental businesses abound around park entrances and nearby hotel areas. The going rate for one-day bike rentals is roughly 40 yuan. 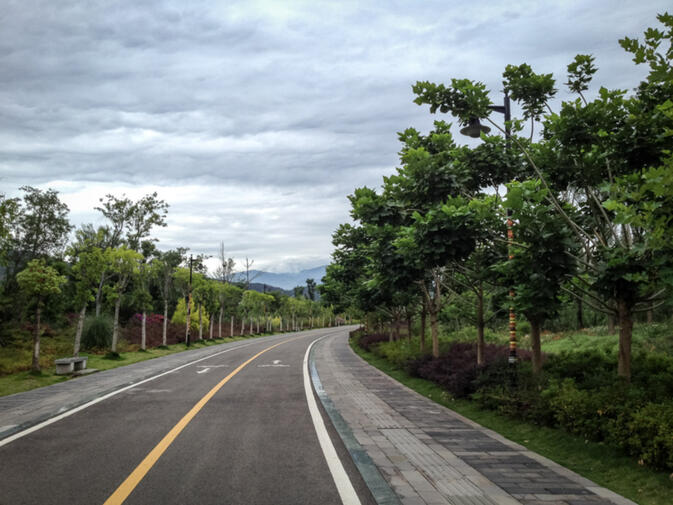 If you're feeling adventurous you can try the local delicacy zuixia (醉虾) or 'drunken shrimp', a dish which consists of live, raw shrimp in a spicy and weakly alcoholic broth. When first served, the shrimp jump around and then gradually become 'drunk'. When their movement is stagnated, it's time to eat. For further travel in the area, hostels can help arrange trips to Lugu Lake (泸沽湖) and Lushan (泸山), which is just off the southern coast of Qionghai Lake.

Lushan hosts a museum concerning the history of slavery in traditional Yi society with an entrance ticket price of 30 yuan. The Liangshan Yi maintained a society with slaves well into the 1950s, and according to a 2001 Journal of Asian Studies article by Ann Maxwell Hill entitled Captives, Kin, and Slaves in Xiao Liangshan, the society was stratified by kinship, not social caste, which is atypical for slave societies. The elite were the Nuo and the slaves may have been a base group primarily defined by lacking the genetic lineage with elite ancestors. 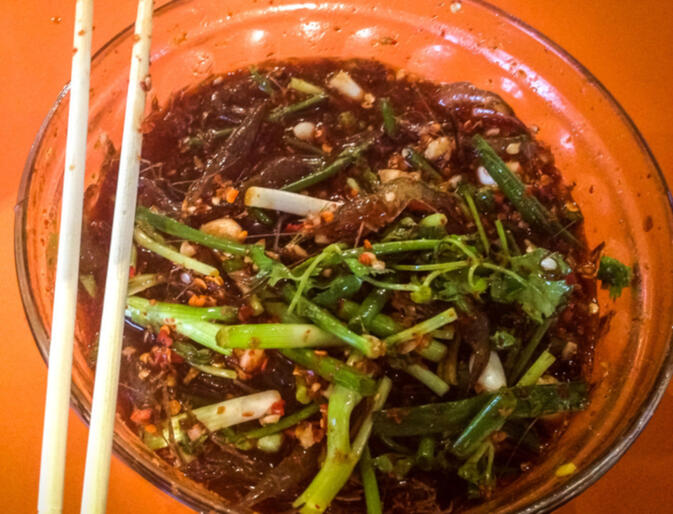 There are three modes of public transit to get to Xichang from Kunming — planes, trains and buses. As Xichang is only about 450 kilometers away from Kunming, I chose to travel by the latter. There are two buses from the Kunming's Northwest Bus Station (西北部汽车客运站) heading to Xichang each day.

The morning bus leaves at 11am and the afternoon one at 4pm. Bus fare is 168 yuan and travel time is about six and a half hours. Train tickets are slightly cheaper — 138 yuan for a middle bunk ticket in the hard sleeper car — but travel takes at least eight hours. Evening trains arrive in Xichang between 2 and 3:30am. Air ticket prices fluctuate by season.

There are several hotels on the northwest coast of Qionghai Lake, centered around the Guanhai Road Second Section (观海路二段). I stayed in an Youth Hostel Association approved guesthouse called Xichang Skylark Youth International Hostel. It's a little tricky to find, but is comfortable and inexpensive. I paid 128 yuan per night for a private room and there are some small bars and restaurants in the area.

There is this story that original Xichang was situated where Qionghai Lake is now. However, the ground would have collapsed due to an earthquake, and the city became a lake. In Ming time or something like that. This was picked up by some laowai there a hundred years ago and in his observations he writes that could witness locals were still getting Ming dynasty utensils in their fishing nets on Qionghai.

Cant remember the book right now, but obviously there are more lakes out there than Fuxian Lake that might interest treasure seekers and such.

On the slaves, an american journalist Alan Winnington was invited there in the 1950's - to witness the liberation of the slaves by the communists. He wrote a book on this: "The Slaves of the Cool Mountain".

Several other dramatic observations too from Peter Goullart to Samuel Pollard. Even foreigners disappeared there a hundred years ago. Not to mention Chinese and locals.

Heart of Darkness is like a sunday school story compared to the stories of The Cold Mountains.

I read Winnington's book - pretty sure the guy was a British Communist - and I disagree about the comparison with Kurtz in Heart of Darkness, which was sheer colonialist racism (fictional, of course).

You are probably right, but it was meant as a comparison for something "dark", sort of. :) I used heart of darkness bcs Conrad is an Asia classic, sort of. Forget about it. The point is that very few people wanted to end up at Cool Mountains before 1950's. At least uninvited.

Had this memory that Winnington was american, but he could have been british too. You may be right, if you got invited those days, you probably had some political sympathies.

I remember the book had a fancy name, but was surprisingly academic. Right? Winnington went down to Wa area too. Theres a classic line there somewhere, that with the Wa there was very little time to settle anything as all had to be done when drinking baijiu. Since they were heavy drinkers, there was only about a 30 minutes margin to make any deals before all was a drunken chaos.

Heart of Darkness may have been adapted by Coppola for the movie Apocalypse Now, but it is far from an Asia classic.
The book is about a journey up the Congo River. I would say an Africa classic.

I would like to take the chance to invite English tutors and students who are looking to learn English with a native speaker to have a free view on this excellent website that offers English classes preply.com/en/skype/english-native-speakers I am currently taking English classes over there with native speakers and the quality presented is professional and satisfying