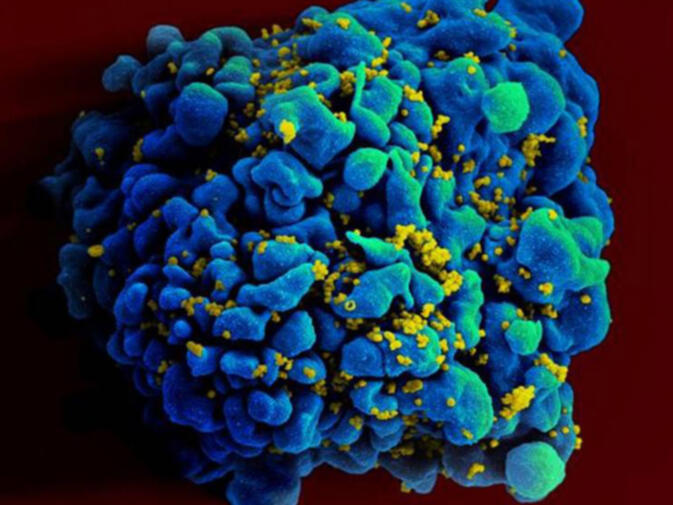 Researchers at the Kunming Institute of Zoology believe they have identified the most sophisticated form of human immunodeficiency virus (HIV) ever sequenced. The findings were published in late June in AIDS Research and Human Retro Viruses, a United States-based medical journal.

Scientists analyzed blood samples obtained from an unidentified Burmese long-distance truck driver who frequently made trips into China. What they found was not only surprising, but possibly cause for some alarm. Once DNA sequencing was completed, the strain was found to have 14 genomic mutations, making it more complex and less understood than all previously studied versions. How the blood sample ended up at the Kunming Institute of Zoology, or the fate of its donor, have so far not been made public.

Multiple mutations are usually the sign that several different strains of a virus are intermingling in a single host. "Reprogramming only occurs when the carrier catches different types of [the] virus repeatedly. Gene recombination is possible when different types of virus exist in [the] blood at the same time," Zhou Yanheng, lead author of the report, explained to China Daily.

The Kunming researchers believe the truck driver must have been infected with HIV multiple times by different sexual partners — presumably prostitutes — for such differentiation to occur. Although new, more complex strains of HIV are never good news, Zhou said without more research, it is impossible to know for certain whether the newly identified strain is becoming rampant along Yunnan's border with Myanmar:

The complexity of the newly found virus does not necessarily mean that [it] is becoming more infectious or more prevalent, but it may reflect the epidemic of HIV in the border regions of Yunnan province. The constant and regular movement of high-risk groups between China and Myanmar is increasing the bidirectional spread of HIV between these two countries and thus contributes to the genetic diversity of the virus.

China's border with Myanmar is rugged, mountainous and predominately rural. It is also the main conduit for drugs, such as heroin, entering Yunnan province from the Golden Triangle. Truck drivers making days-long drives between the two countries — specifically those who frequent sex workers or have intravenous drug habits — are seen as a major contributor to the spread of HIV/AIDS in southwest China. Yunnan has the country's largest concentration of HIV cases, although overall numbers across the province are thought to be falling.

In rural areas, the situation is exacerbated by low levels of education about HIV/AIDS, as well as inadequate access to antiretroviral medicines for those diagnosed with the disease. Making matters worse, prostitutes on both sides of the border reportedly make more money per customer when not using proper forms of contraception.