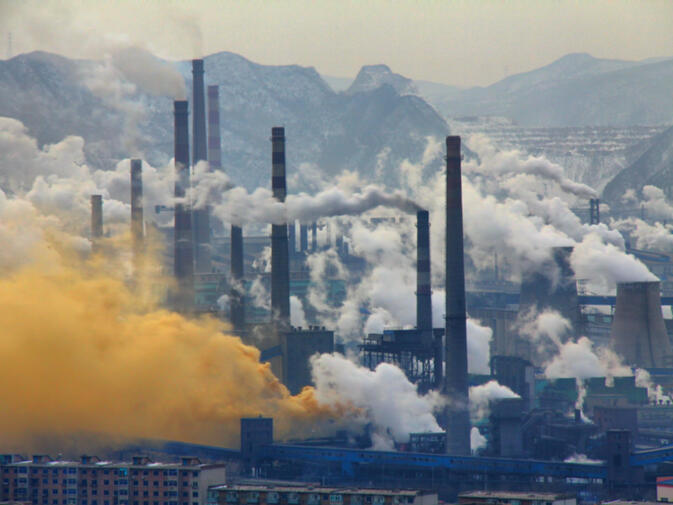 In the run-up to United Nations climate negotiations scheduled for the end of 2015, China's policymakers are busy authoring a plan to drastically reduce greenhouse gas emissions. The proposal, which has yet to be made public, is expected to carry a price tag of more than 41 trillion yuan (US$6.6 trillion) — equivalent to more than half the country's gross domestic product in 2014 — according to a report by Reuters.

Member of the China's National Development and Reform Commission, Xie Zhenhua (解振华), announced the ambitious plan while attending climate change meetings in Washington DC. At a press conference, he characterized China's future efforts to cap harmful emissions as "quite ambitious". Any such plan will have to be, as China leads the world in carbon dioxide emissions by a large margin.

The country produced an estimated ten million kilotons of the gas in 2013, double the amount emitted by the world's second largest culprit, the United States. China's enormous population and a two-decade veer toward free market capitalism are partially to blame. However, perhaps the largest factor for China's three-fold increase in CO2 emissions since 2002 is its prodigious and continuing dependence on coal.

The country still generates an estimated two-thirds of its energy by burning coal, and for the last three years, Beijing has aimed to drastically cut coal use in electricity production. In 2014, such initiatives appeared to pay off, as China experienced a drop in nationwide coal use for the first time in a century. One year later, the goal is to mirror and then radically build upon those numbers.

Premier Li Keqiang (李克强) announced last month that China was staunch in its pledge to cap carbon emissions by "around 2030" while over the same time period producing 20 percent of its energy from "zero carbon sources". As the 41 trillion yuan estimate announced by Xie foreshadows, the carbon cap plan will require immense leaps in technological rethinking and investment. According to Xie, China "will need to carry out international cooperation and research and development to reduce the costs of relevant technologies and to innovate so that we can reach our objectives."

China is expected to announce general goals and objectives of the plan publicly by the end of this month and then fine-tune them until the UN Climate Change Conference is held in Paris this December. Some objectives are already known, and include enlarging forest coverage by 40 million hectares and increasing the share of non-fossil fuels in primary energy consumption to 15 percent, both by 2020.

Locally, many related initiatives may already be underway. One day after Xie made his comments in the United States, the government of southwest China's Yunnan province announced sweeping new environmental regulations. Once managed internally, all 129 of the province's counties will now be held to identical environmental standards. Any industry or company found to cause serious air, soil or water contamination, or that is involved in forest degradation, will be shuttered immediately.

Excellent! Other nations should follow suite (note that US citizens still produce more greenhouse gases, per capita, than do Chinese citizens). Governments of poorer countries are going to need economic help from the richer ones to do likewise if they are not to further damage the situations and living conditions under which the people that they control live.

Nice to read something that gives cause for optimism. I only hope they can implement the measures properly and quickly.

Part of China's problem with the use of coal could be lessened quickly by switching to cleaner forms of coal. A slightly longer term solution may be to install scrubbers on the coal burning plants to trap the pollutants. The technology exists!

@AlPage48. In Under The Dome by Chai Jing, she explains China has already burnt all it's clean coal and now burns the brown stuff. Her slide showed it looked more like dirty petrified wood than coal.