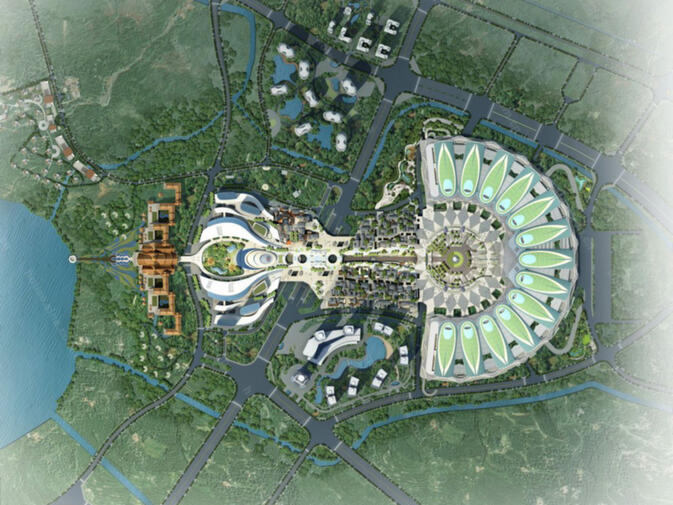 It is that time of year again, when Kunming frenetically tidies up in preparation for a week of investment and business madness. Although the 2015 China-South Asia Expo and the twenty-third annual Kunming Import and Export Fair are more than two months away, the city is busily involved in what amounts to large scale spring cleaning in preparation.

As with years past, official efforts run the gamut from trash disposal to public health measures. Such efforts often appear as if local government officials use the twin trade events as an excuse to tie up loose ends otherwise forgotten over the previous 12 months.

One of the first signs of work begun in conjunction with the approaching trade fairs is what has been termed city-wide "fire remediation work". Of specific focus for firefighters is identifying potential fire hazards and then supervising their removal. So far, 2,891 "illegal lodgings" deemed dangerous have been identified and the owners ordered to "clean [them] up".

Authorities are now attempting to identify improperly stored flammable materials, focusing specifically on Guandu District. The areas is perhaps a focal point because of a horrible blaze that claimed the lives of 12 people and destroyed 50 businesses at a wholesale market this March.

Also gearing up for the infusion of international visitors expected to accompany the expos, the Kunming Health Supervision Bureau (KHSB) last week held meetings in preparation for a national health review of the city. If passed, Kunming will earn the designation of "National Health City" just before the expositions begin. Specifics regarding what exactly constitutes such a rating are lacking. However, Sun Jiaping (孙建平), a pubic health coordinator, told attendees at the KHSB meeting they must:

Strengthen routine health supervision of public places by combining monitoring with rectification, punishment with education and advocacy training with guidance...The city's public places and businesses have significantly improved and must continue to improve [to meet] regulatory health standards.

Kunming typically undergoes a bit of a facelift before hosting its dueling trade fairs by increasing on-duty traffic police and urban management officials, planting tens of thousands of flowers and painting dozens of buildings along major roadways. However, this year's general clean-up measures may take a back seat to preparations at the host venue itself.

Builders are confident all major pavilions will be completed by the time the events open on June 12. Local news reports say the superstructure is finished and construction, utility installation and landscaping are all expected to be finished three weeks before opening day. When finished, the complex will contain more than four million square meters of floor space. This year organizers plan to take full advantage of the new facility, expecting 6,000 exhibitors, doubling the number on hand during the record smashing 2014 installment.

DIANCHI
Air is cleaner - just in case we have some bad air days.

KUNMING CONVENTION CENTER
Actually - depending on what events occur at the Kunming Convention Center - this would be great - add a little diversity to the convention.

TAXIS
THIS I absolutely have to see - will the KM taxis behave and play nicely or be even naughtier than ever?

What are the dates?

Here are the dates: