By Tristram Barker in Features on December 2, 2014 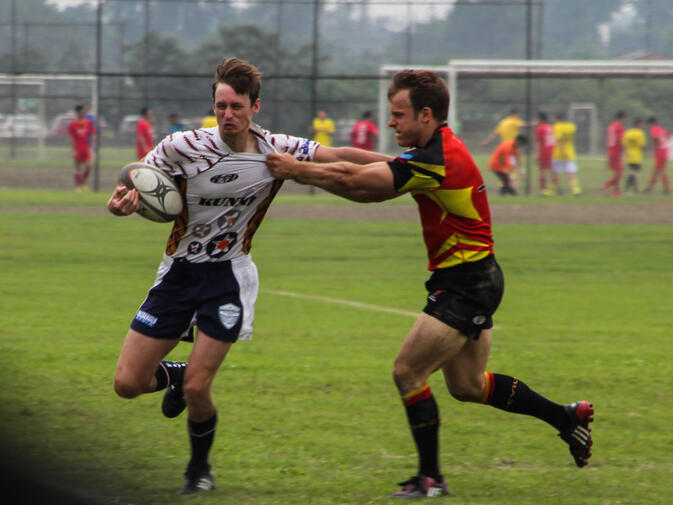 Organized rugby in Kunming started to be played consistently in 2011, when five expats responded to a GoKunming classified ad. They met to play a game of touch rugby on the Yunnan University volleyball courts to the great bemusement of a small crowd of locals.

Three years on, the team has racked up frequent flier miles traveling to Beijing, Chengdu, Shanghai and Xiamen for competitions. Last year, the Kunming Rugby Football Club (KRFC) — better known as the Flying Tigers — hosted their first ever tournament and this year they are ready to do it all over again.

In total, seven teams will compete in the Second Annual Spring City Cup on Saturday, December 6. Facing off against two mens Flying Tigers squads are the Chengdu Pandas and the Chongqing Conquerors. Representing the women are Kunming's own Crouching Tigers, who will match up against counterparts the Chengdu Ruckin' Reds and the Chongqing Wildlings in faster, ten-a-side games.

Men's teams competing in the tournament will play fifteen-a-side, full-contact rugby with the only deviation from official rules being shorter, 40-minute games. Both men's and women's teams will play a round-robin format, with the squad garnering the most wins or overall points at the end of the tournament lifting the trophy. 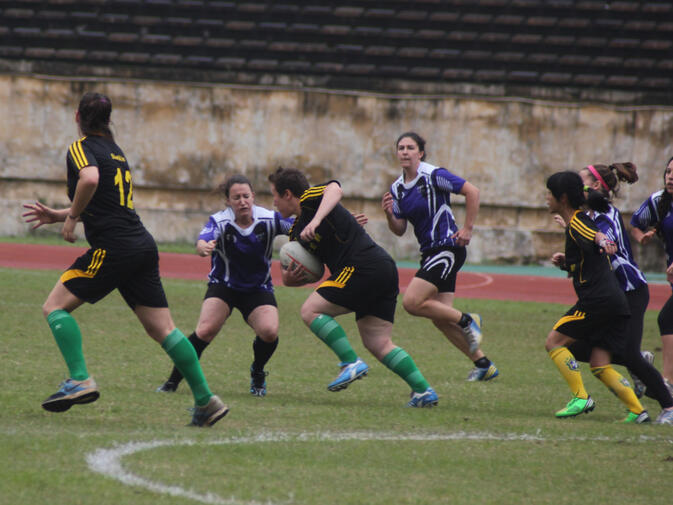 Rugby is a game for all shapes, sizes and abilities. Speed, agility, handling skills and above all, teamwork are integral skills for any successful team. The Flying Tigers and their guests look forward to showcasing the intense and sometimes brutal ballet that is rugby.

The Spring City Cup will be held outdoors from 10am to 4pm on Saturday, December 6, at Yunnan University Stadium. Hamburgers, Singha Beer and other refreshments will be on offer from KRFC's official sponsor, O'Reilly's Irish Pub. Burgers will cost 20 yuan and beers run 15 yuan each. A tournament after-party will be held at the O'Reilly's Green Lake location beginning at 9:30pm.

The Flying Tigers most recently played a tournament in Chongqing as part of the Western China Rugby Conference. There, they narrowly missed out on wins against both Chengdu and the host Conquerors, while the Crouching Tigers swept to wins in both of their games. Come support the men this Saturday as they seek revenge and the women as they strive to keep their unblemished record alive. Entry to the Spring City Cup is free and open to all. 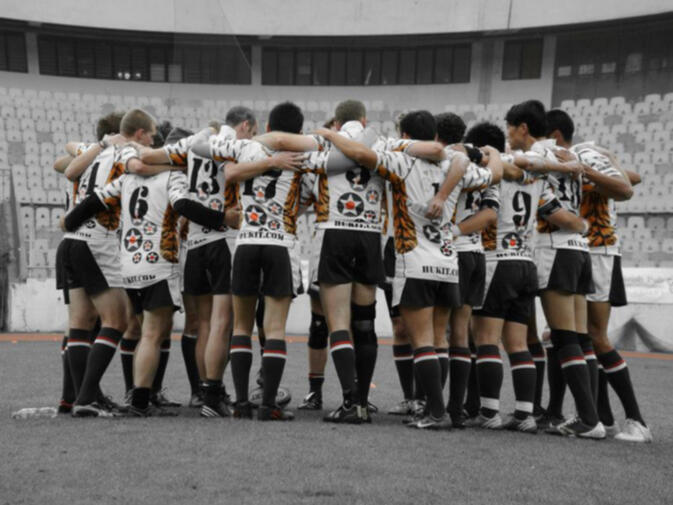 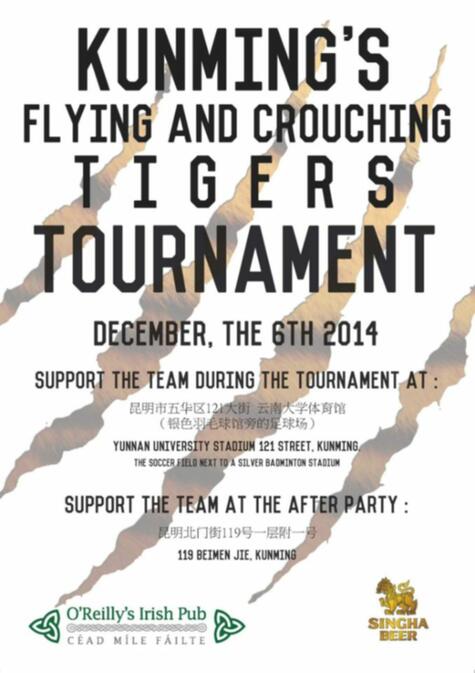 Thanks to all those who came out to support the Kunming sides over the weekend.

The Kunming Flying Tigers lifted the Spring City Cup with their first ever tournament win!

We fielded two men's teams and one women's teams.

The Crouching Tigers women's teams lost 28-17 against the Chongqing Wildlings with tries to Naomi, Nikki, and (?)

They lost by a little more to the Chengdu Ruckin Reds with a try to Vicky. Conversions in both games were made by Jennifer Kelliher

In all over a hundred people played rugby and partied over the weekend. Thank you to all of the visiting teams, our sponsors and the people who helped make it happen.

Email kunming.rugby@gmail.com if you are interested in playing or on facebook at www.facebook.com/groups/227776140647233/ where there are also a bunch of photos from the weekend

After the Games dinner and evening party were host at Saramati Indian Restaurant, It lots of funds dinner follow by prize give away.... with extra drinks hope everyone enjoy.. let do it again Jiayou加油