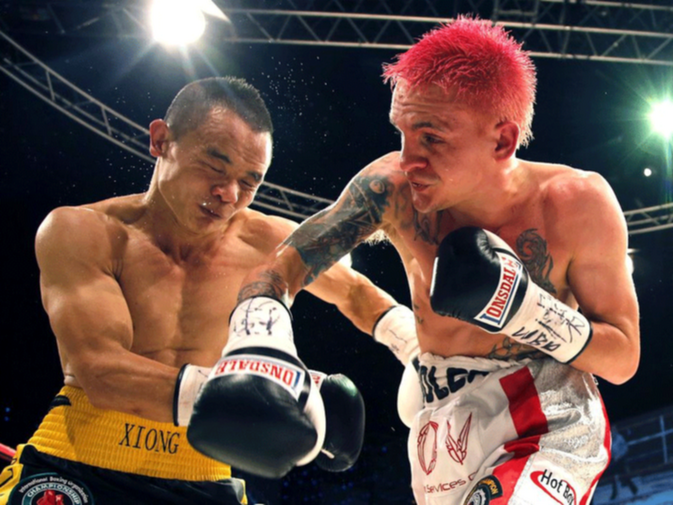 Xiong Chaozhong (熊朝忠), the diminutive former boxing champion from China, missed a chance to win a world title over the weekend. Following a full twelve rounds of fisticuffs in Monaco, Xiong lost a unanimous decision to South African titleholder Hekkie 'The Hexecutioner' Budler.

Looking to press his opponent early, Xiong knocked Budler down with a right jab and left hook combination in the second round. The following round, Budler, who holds both the World Boxing Association and International Boxing Organization minimumweight belts, responded in kind by knocking Xiong to the canvas.

Neither man could establish much of an advantage for the remainder of the fight, although both managed to bruise and cut their opponent's face. Budinger used his eight-centimeter height edge and longer reach to keep the smaller Xiong at bay in the fight's later rounds. In the end, the Chinese boxer dubbed Mini-Tyson by his country's press was outpointed 114-112, 114-112 and a somewhat questionable 118-108.

With the decision, the 26 year-old Budler retained his two belts and improved to a record of 27-1, while the 33 year-old Xiong fell to 24-6-1. The Wenshan (文山) native was attempting to win a major title once again after losing the World Boxing Council (WBC) straw-weight belt in 2013.

For Xiong, a member of the Miao — or Hmong — minority, the loss was the most recent setback in a career China Daily described as "a roller-coaster ride". Not formally involved with boxing until the relatively late age of 22, Xiong's rags to riches story has captivated Chinese audiences for nearly a decade.

After quitting his job at a coal mine, Xiong began training in earnest in 2005. He would capture the WBC title seven years later in Kunming, becoming the first Chinese man to hold an internationally recognized boxing title. He kept the belt for 13 months before dropping a bout to Mexican fighter Oswaldo Novoa.

Budler and Xiong compete in boxing's smallest class, often referred to as the minimumweight division — where boxers are not allowed to be more than 47.6 kilograms. Long considered an afterthought by many in the boxing world, the class is gaining popularity due to a dearth of talent in the more high-profile heavyweight division.

One other reason for the growing demand for prizefights featuring smaller opponents may be their speed. Budler explained to the New York Times that fighters of his stature, some of whom throw upwards of 1,000 punches in a single bout, are exciting. He characterized minimumweight fights as "two speeding bullets coming together, [or] more like two woodpeckers banging on a piece of wood, over and over and over again."

Hang in there, Xiong, it's normal that you can't win them all.

Celebrate Cantina's 6th Anniversary with us!

Synesthesia at The Turtle Bar!