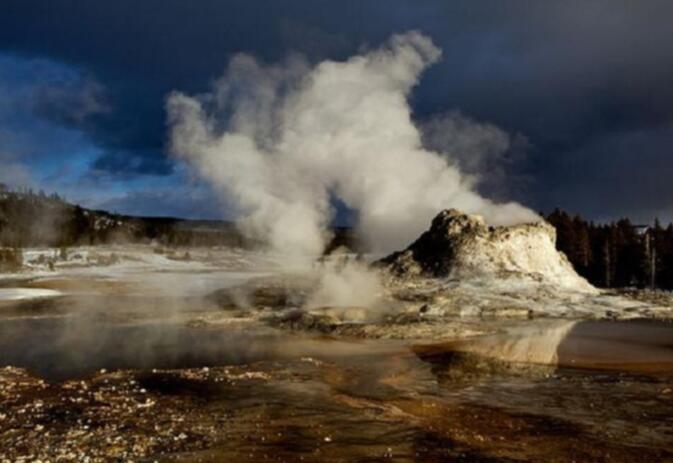 Pictures from Sunday's smog enshrouded Beijing Marathon did little to enhance China's reputation as one of the world's most polluted nations. While such characterizations are well-founded, Party officials in the nation's capital are not idly sitting on their hands waiting for the next sky-blue day, even if reforms are seen by many as too little, too late.

In a new move aimed at cleaning up the air across China, state-owned energy behemoth Sinopec (中国石化) has announced it is diving into the Middle Kingdom's almost untapped geothermal energy reserves. Development of this economy is expected to be concentrated in Sichuan, Tibet and Yunnan, where geothermal activity is at its most abundant.

Generating sustainable electricity from superheated underground water is a concept that has been around for more than a century. However, less than 30 countries currently employ the technology used to harness subterranean steam and heat most often associated with hot springs and geysers and turn it into energy. China is one of these, but until now, production has been on a minuscule scale.

The geothermal sphere of China's economy is barely in its infancy despite lofty goals announced nearly a decade ago. Statistics compiled by the Geothermal Energy Association for 2013 show China produced only 27 megawatts of electricity from this type of energy — 0.008 percent of that harnessed by world leader, the United States in the same year. Growth is initially expected to be strongest in the radiant heating sector — replacing some coal use — with high-capacity electricity generation coming later.

Sinopec has not unveiled any concrete plans for expanded geothermal electricity generation in western China, but Yunnan should stand to benefit. The province has 706 hot springs — second only to Tibet — and thermally heated water often tops out at 250 degrees centigrade in the province, or 100 degrees hotter than that needed for standard electricity production.

The first link is to the BBC website, which currentl needs a VPN to view.

you can go to pdfcrowd.com and type the link in the bar and it will create a pdf file and save it to your computer.

The sooner the better.