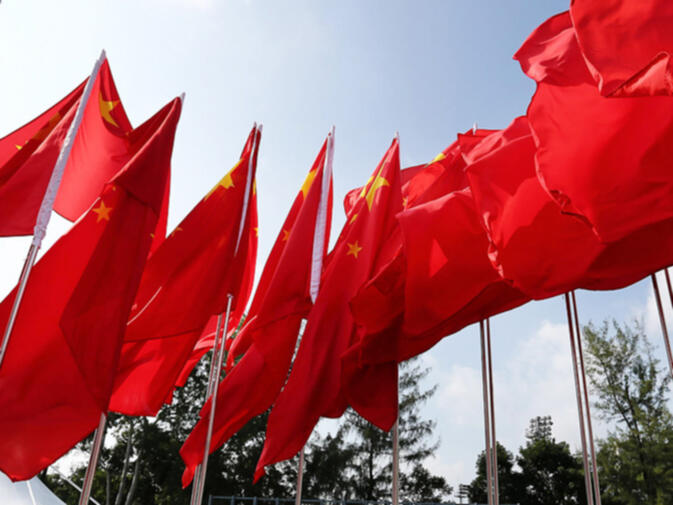 During the first week of October China celebrated one of its two 'Golden Weeks', this version, a seven-day break for National Day festivities. We here at GoKunming, like millions of others, took the chance for a short and restful vacation. Below are some of the biggest and most important news stories to occur in Kunming and Yunnan while we were away.

Civil engineers attempting to modify a landslide dam in Ludian County were killed when a section of the embankment they were working on collapsed and flooded. The accident washed ten workers downstream, four of whom were rescued and transported to nearby hospitals. A search party made up of 300 local residents and emergency workers later discovered the bodies of the six missing men.

The dam and lake were both created by an August 3 temblor in northeast Yunnan that killed more than 600 and left tens of thousands homeless. Debris from a quake-triggered landslide has blocked the path of the Niulan River (牛栏和) for two months, causing the formation of a 15-kilometer long lake. The killed and injured workers were part of a delicate and ongoing effort to drain the lake so those living downstream can return to their homes.

Farming macadamias is relatively new to southwest China, but industry leaders believe Yunnan could be poised to become one of the top producing regions of the edible nut. Jolyon Burnett, CEO of the Australian Macadamia Society, told reporters Yunnan may surpass both of the world's current largest producers, Australia and South Africa, in terms of yield over the next 15 years.

Yunnan currently produces roughly 75 percent of China's domestic macadamia nuts, and, according to Burnett, has already planted more trees than are growing in all of Australia. That number — six million trees mostly in Lincang — is expected to rise considerably if the recently introduced cash crop can thrive at the region's relatively high elevations.

Yunnan-Laos railway in the offing?

On-again, off-again plans to build a high-speed railway connecting Kunming to major cities in Laos appears to be moving forward once more. "China is willing to work with Laos to begin [...] construction as early as possible," ambassador to Laos, Guan Huabing, told reporters. Several hurdles still remain, however, as the two countries have never agreed to finalized details.

Project negotiations over the past several years have often been marred by financial disagreements. At an estimated initial cost of US$7.2 billion, the undertaking represents more than half of Laos' total GDP in 2013, leading to fears of national bankruptcy if the endeavor is undertaken. This fact has discouraged financial institutions, including Chinese firms, from offering construction loans. It now appears China may once again attempt to arrange favorable rates through domestic, state-owned banks.

Local media announced above ground work on Metro Line 3 will last from October 1 until at least December 30. Major traffic disruptions are expected, as the east-west line bisects the city while mirroring several major thoroughfares, including Dongfeng Dong Lu and Renmin Xi Lu.

When finished, the route will connect the city's East Bus Station (东部汽车客运站) to Shizui Station (石咀站) in the shadow of Xishan on the northeastern bank of Dianchi Lake. In total, Metro Line 3 will cover 23.3 kilometers, passing through 17 stops, most of them underground.

Sadly, the National Day holiday came to a violent end for tens of thousands of people in Pu'er and Lincang prefectures when a 6.6 earthquake struck the region on the night of October 7. Although reports on the magnitude vary greatly, as of this writing, one person has been reported killed and more than 300 injured — eight of them critically. Initial reports also indicate 7,000 houses collapsed and thousands more damaged homes are uninhabitable while the area experiences severe aftershocks.

The quake's epicenter was in Jinggu Dai and Yi Autonomous County (景谷傣族彝族自治县), 68 kilometers east of Lincang City and 84 kilometers northwest of Pu'er City. Thousands of military and civilian emergency responders are in the process of transporting relief aid to the region. Forecasts for clear skies and comfortable weather have led provincial officials to predict rescue efforts will be swift and successful.