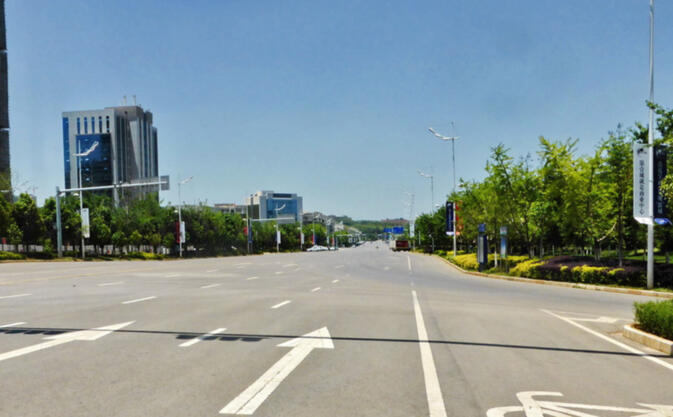 It can seem, with the near obsessive commitment to construction in the Spring City, that everything old will be left behind in preference for the trappings of modernity. Somewhere, deep in the bowels of the bureaucratic machine governing Kunming, however, there are people working to forestall some of those changes. Tentatively reviving a tradition dead for several years, city planners instituted a 'no-car day' in Chenggong on September 22.

Much less ambitious than previous versions that closed the city center to traffic, Monday's ban on cars was limited to a modest but often busy four square kilometer section of the city near Luolong Park (洛龙公园). The area where traffic was banned is bordered by Line One of the Kunming Metro and traffic police actively funneled confused or recalcitrant motorists to parking areas. Such drivers were then pointed toward the Chunrong Jie (春融街) and Tuofeng Jie (驼峰街) subway stops or encouraged to walk to their destinations.

The program, promoted under the slogan "Our streets, our choice", began at 9am and continued until 5pm. All privately owned cars, motorcycles, electric scooters and other motorized vehicles were prohibited inside the designated area. Buses, taxis and municipal vehicles such as garbage trucks and ambulances where allowed to operate as usual.

Public reaction, expectedly, was mixed. Cyclists interviewed by local media were particularly happy as they had several of Chenggong's wide thoroughfares almost entirely to themselves. There were drivers, too, who saw the good, but also the bad in the program. A motorist, identified only as Li, told reporters, "It should be said, reducing travel by private car is good. People should take the bus or subway or ride their bikes as much as possible. But this choice should not be absolute."

The Chenggong car-free day served two purposes, according to press reports. The first was to remind people of environmentally friendly options to cars, while the second was to promote a new three-year initiative to build more "slow traffic" intra-urban options across the Spring City.

The focus of these plans are some 160 kilometers of dedicated bicycle and pedestrian paths to be completed by 2017. The network of trails will connect ten of the city's largest and most popular public parks and be centered around enlarged lanes for non-motorized traffic following the course of the Panlong River (盘龙江), which flows through Kunming for more than 26 kilometers.

The announcement of such intra-urban trails may come as a relief to many, as the city has been fighting a losing battle with traffic congestion, and corresponding air pollution, for years. Kunming's obsession with vehicle ownership perhaps peaked in 2010 when 1,000 new cars were being registered daily and people living in Guandu District reportedly paid 180,000 yuan for single parking spaces.

Several different solutions to traffic flow problems have been introduced over the years, some of them quite costly. The list includes elevating the entirety of the Second Ring Road in under a year, the ongoing construction of a multi-line metro system, converting major traffic arteries into one-way streets, instituting fazed-out monthly no-car days, and now the introduction of major upgrades to Kunming's pedestrian and cycling paths. 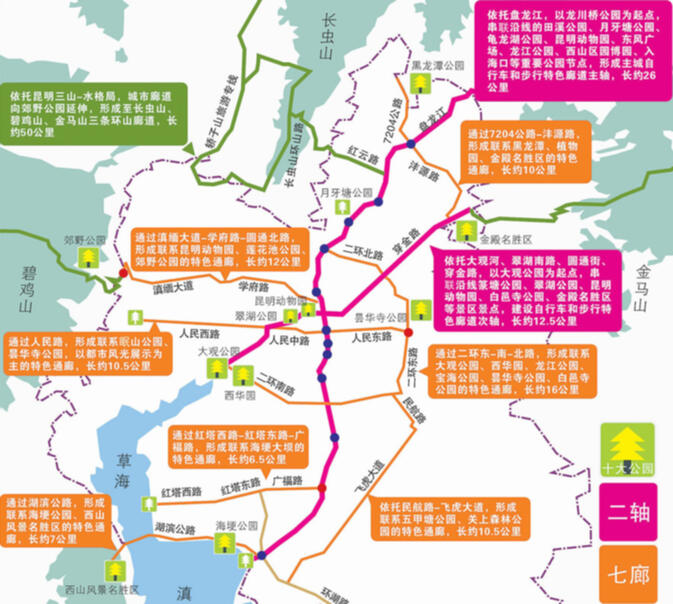 The scenes of the wide Chenggong roads with no traffic appear... well... fairly normal. The place seems largely deserted whenever I venture out there.
The cycling/walking trails between parks sound great though. Fingers crossed.

Be nice if they'd do this more often in the rest of the city too. And 'no car' days are nice, but they need to get serious over the long run.

They used to take place all the time, but now apparently only Chenggong is deemed worthy of having one.

This is certainly we're allowed to jeer at.