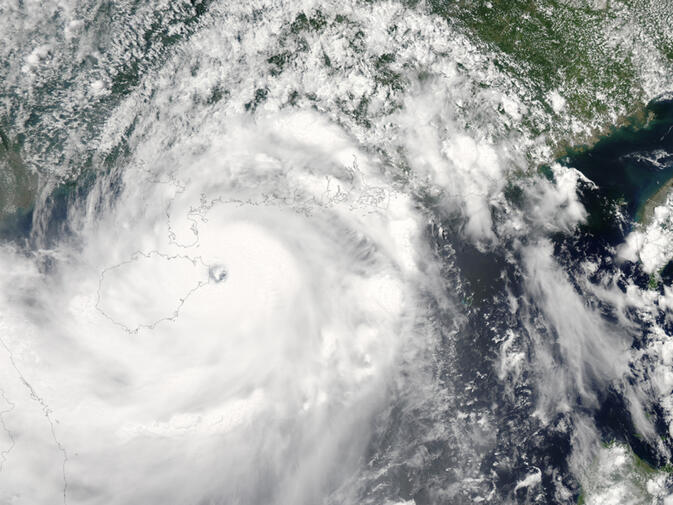 What little remains of Typhoon Rammasun is now making its way through Yunnan and the neighboring Southeast Asian countries of Laos and Vietnam. Labeled the most severe storm to hit China in four decades, Rammasun has now been downgraded to a tropical depression. However, the weather system is still expected to produce torrential downpours and cause flash flooding in some areas.

Damage inflicted by the typhoon was most severe in the southern provinces of Guangdong and Hainan, as well as in Guangxi Zhuang Autonomous Region. State-run media outlet Xinhua is reporting 17 people have been confirmed dead, eight in Hainan and nine others in Guangxi. An estimated 51,000 houses were destroyed by high winds and flooding, 37,000 alone in Hainan.

The Civil Affairs Bureau announced damages and economic losses from Rammasun — called Weimaxun (威马逊) in Chinese — at 26.55 billion yuan (US$4.32 billion). That number is expected to rise in the coming days. The destruction wrought by Rammasun was largely the result of incredibly high sustained winds — Hainan meteorological stations reported gales of up to 200 kilometers per hour. Storm surges, relentless rains and commensurate flooding also contributed to the damage.

The storm formed in the Pacific ocean near the equator, reaching typhoon strength on July 13. Two days later, it struck the Philippines, killing nearly 100 people and causing widespread devastation. Continuing west, Rammasun intensified into a category 4 'super-typhoon' before making landfall on the island province of Hainan on July 18.

In addition to tens of thousands of buildings being destroyed or damaged, electricity failed across most of the island, leaving more than one million households without power. Although significantly weakened, Rammasun then moved across the South China Sea and struck Guangxi, where it again knocked out power, devastated homes and destroyed crops. Authorities in the region suspended rail and airline services as the storm passed.

By July 20, the typhoon was downgraded by meteorologists to a tropical depression and is now passing through Yunnan, Vietnam and Laos. In Yunnan, the southern prefectures of Wenshan, Honghe, Yuxi, Pu'er, Xishuangbanna and Lincang are expected to experience the most severe rainfall and have been warned to brace for flash floods and landslides.

Governor Li Jiheng (李纪恒) and provincial Party Secretary Qin Guangrong (秦光荣) have called on civil affairs departments across the province to prepare for inclement weather, train and flight delays and highway closings. Weather forecasts are calling for up to 10 centimeters of rain in many parts of the province over the next twenty-four hours. Authorities are urging caution for travelers, citing the county of Malipo in Wenshan, which recorded 16.8 centimeters of rain in less than a day as the remains of Rammasun passed through on July 20.

Ahhh...that's why it's been raining all day.

pray for the victims, humans and animals

Two landslide triggered by rains from a rapidly dissipating Rammasun have killed 11 and left 14 missing: