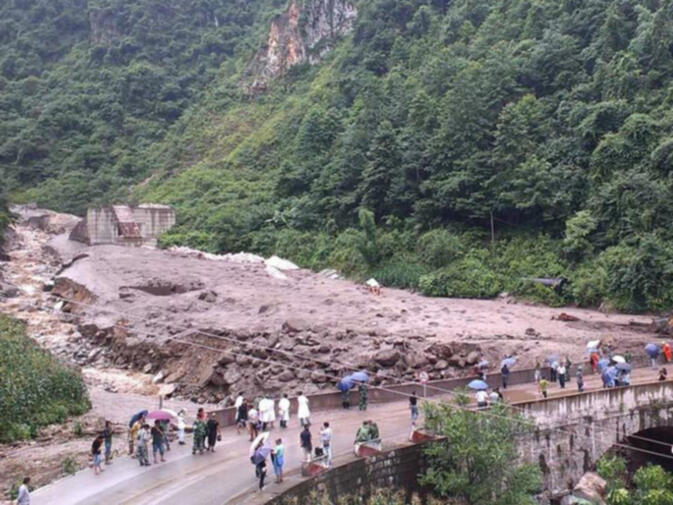 In Fugong County (福贡县), a mudslide destroyed a silicon mine 500 meters from the banks of the Nujiang River, leaving 17 people missing. The overseer of rescue work, Li Hongwen (李鸿文), said the missing were likely swept into the river or buried under mud, rock and other debris.

"Around three in the morning, I heard a sudden noise behind the wall and thought it was the river flooding the house," a miner told People's Daily. "Without time to dress, I rushed outside[,] where I realized it was mudslides."

More than 140 rescue workers have been sent to the site to search for survivors and clear the village's two roads, which were blocked with debris from the landslip. The storms have also cut power and telecommunications in the area.

An earlier landslide hit Minzhu Village (民主村) in Yunlong County (云龙县) at around 2am, killing six people and leaving eight others missing, according to the Civil Affairs Bureau of Dali Bai Autonomous Prefecture. More than 200 soldiers were dispatched to the help with rescue efforts. 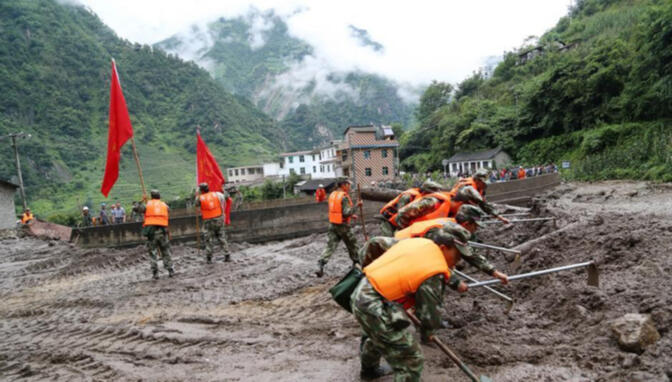 The soldiers are delivering relief aid and creating a "lifeline" for the village to supply water, electricity, and emergency resources. The team is planning for follow-up work, including "casualties rehabilitation, psychological comfort, and mass resettlement activity", according to the director of the work group.

Yunnan's annual flood season began in early May, with many regions experiencing continuous downpours causing natural disasters. As of June 30, a total of 61 people had been reported killed or missing due to flood-related disasters.

Last year, mudslides killed 69 people in Yunnan and cost the government 520 million yuan (US$84 million) in infrastructure and farmland damages. Already in 2014, "the frequency and impact of natural disasters...are higher than normal," reports the Yunnan Department of Provincial Affairs.

High levels of mining, hydropower development, and road construction may be the source of recent instability, as sections of the province's terrain are being heavily altered. Reports also cite abnormal rainfall and extreme weather events as causes for the bout of natural disasters.

In the past five years, one major highway and 52 smaller roads have been constructed in Yunnan, mostly in mountainous areas. The province spends hundreds of millions of yuan per year on repairing highways during the rainy season, when landslides frequently threaten vehicles and collapse roads.