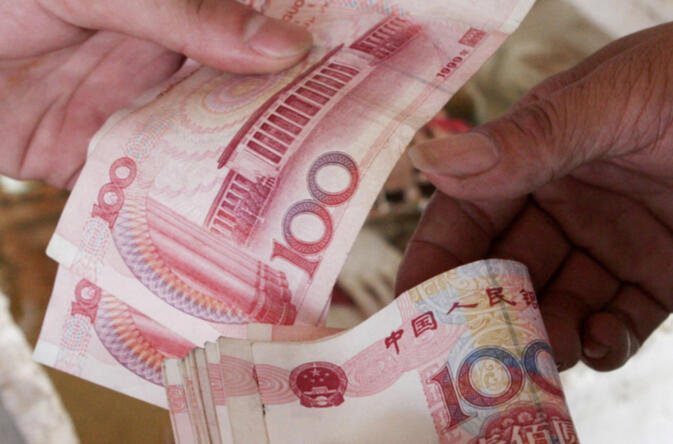 Graft is becoming an increasingly risky business for corrupt Kunming officials and those who enjoy their favors. Last year, the city charged 52 county-level cadres with corruption-related crimes. This year, however, The People's Procuratorate of Kunming has already investigated three times that number, including several high-ranking bureaucrats.

From January to May of this year, provincial prosecutors opened inquiries involving 154 public officials suspected of corruption and bribery, newspaper Legal Daily is reporting. In a vague briefing, a representative from the Procuratorate described the vast majority of cases as "serious", classifying eight as "highly serious" and seven others as "extremely serious".

One of the "extremely serious" cases involves Wang Baoji (王宝基), former deputy inspector of the Yunnan Department of Transportation. Wang is charged with accepting 2.8 million yuan (US$450,000) in bribes from construction companies to develop highway projects from 2011 to 2013. In the same week, the Procuratorate sentenced Kang Xiaodong (康晓东), eight-year deputy director of the Yunnan Department of Justice, to fifteen years in prison for accepting five million yuan (US$806,000) in bribes.

The Legal Daily report made no mention of what punishment the other 152 officials may face if found guilty. However, penalties for bribe-taking and corruption can often be harsh. Previous high-profile Yunnan administrators convicted of such crimes have routinely faced long periods of incarceration, or worse. In 2007, a former Kunming deputy mayor was sentenced to life in prison for accepting kickbacks. Four years earlier, one-time governor Li Jiating was sentenced to death for taking bribes.

The current crackdown on official corruption can be traced back to Xi Jingping's first speech as president of China, in which he pointedly said the Communist Party must adhere to "strict discipline". In the wake of Xi's comments, Beijing has reprimanded thousands of government officials around the country for lavish spending, fraud and taking payoffs.

Xi's remarks have also led China's central government to carry out a nationwide audit of towns and municipalities in all provinces. Although unfinished, the accounting inspection has uncovered wide-ranging and serious financial misdeeds, some of them in Yunnan. Last year in Luliang County (陆良县), it was discovered that officials had faked financial data to the tune of 5.2 billion yuan (US$850 million).

The Xi regime is about control. The anti-corruption part is good. As for the rest...

Like I always say - it's easy to criticize the Chinese government for just about everything - but they have responsibility for over 1 billion people domestically and also for how things in China impact the rest of the world - not that China's also gone global.

I may not like many things - such as blocking my access to gmail and google - but I also don't have responsibility for a billion EASILY RILED UP people.

@laotou: you're right - but then, if the people are 'easily riled up', there remains the question of Why?

@laotou, you should know better, ;P

Xi isn't about corruption, he is all about power consolidation. He is using the public's anger over corruption as a cover to knockout his opponents who thinks he is soft. In some regards, he is only a few shades lighter than Abe. Despite the rhetoric and claims to otherwise, Xi wants a Chinese hegemony in the region because he feels that is the rightful place for the great empire of the "Middle Kingdom"

The Chinese by default are raised to believe in the superiority of the Chinese heritage (and maybe sometimes, Chinese race) and that all of Asia are under the purview of the Chinese people.

Xi feels that it is about time China reclaim the throne that it was forced to vacate by the "evil westerners" in 19th & 20th century. However, in order to take a stand, he needs to show that he is a strong, incorruptible leader. What better way then to start with domestic issues that is popular with the people and at the same time removes your political enemies.

Unless the fundamental political structure changes, this will only be an uptick in the happiness index rather than something that will have lasting benefits.

@tonyaod
China, by historical standards, is still an emerging political government - at only 65+ years. Corruption has always been the dearth of any government - just look at the US government these days - rampant legalized corruption, fiscal mismanagement - but in other ways - still going strong, as their foundations are eroded.

It remains to be seen whether President Xi's anti-corruption drive will be sustainable, much less consistently enforced - however he is definitely continuing the work of Zhu RongJi - Jiang ZeMin's foil.

Based on what I see as reasonable responsibility from the CCCP over the last 15+ years - I expect President Xi's policies will be sustainable IF they prove beneficial - and reduction of corruption is always beneficial to any state...historically.

I would NEVER want the decision making responsibility of ANY of China's leaders, but I'm definitely pleased to see anti-corruption drives on President Xi's agenda.

The USA had the SEC to monitor corruption and fraud in the securities sector - yet under their bureaucratic eyes, companies such as Enron, Global Crossing, Arthur Andersen, and finally Madoff were engaged in massive frauds under the SEC's incompetent, negligent, and perhaps encouraging watch - collapsing spectacularly and internationally.

So - I'm glad to see President Xi's anti-corruption drive - and hope it will be sustainable and ever vigilant. The USA legalized political corruption with the invention of PACs and super PACs...amongst an army of other crony-ish benefits, so no government is ever free of corruption. Depends on one's particular perspective, I suppose.

As for hegemony - that remains to be seen - but ONLY China can coerce Japan into publicly acknowledging it's war crimes in this arena - so we can all FINALLY move beyond that sticking point. I see a tremendous amount of propaganda flowing from both sides on border issues - but China is definitely a rising force in Asia. If we want to discuss hegemony - let's discuss the USA's seventh fleet, project power globally in the name of democracy, the invasion of Iraq (under blatantly false pretenses), and the rather utter absence of US interest in Boko Haram - now THERE's some murky water...Madeline Albright's infamous denial of Rwandan genocide and - to her political credit - subsequent retraction and acknowledgement. The verbose point being - only history will show the truth. Let's hope history is kind. Over a billion people are depending upon President Xi and Premier Li Keqiang - only the fifth generation of leadership - but they're all doing a spectacular job so far.

Crackdown on corruption, ok - but then there has been an unleashing of mindcops.

Here is an article covering the current corruption campaign. Makes an interesting read about what is happening now, politically.