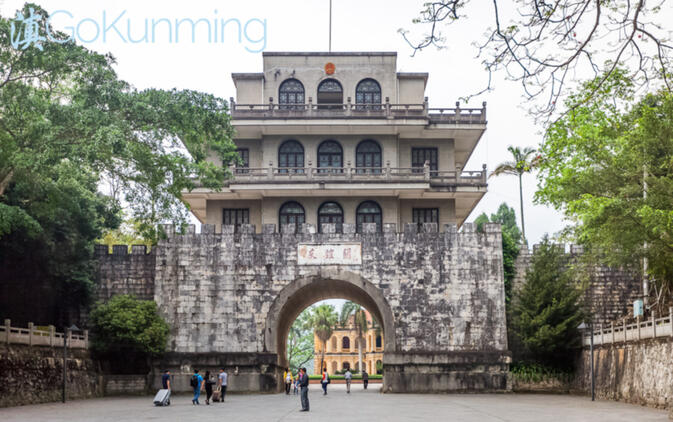 The border crossing at Pingxiang (凭祥), between China and Vietnam

China has placed restrictions on travel to Vietnam in the wake of rising tension between the two Asian neighbors. Foreign Ministry spokesman Hong Lei (洪磊) made the announcement at a daily press briefing on May 18, temporarily suspending the sale of package tours to Vietnam and forbidding those who have already purchased group tours from departing.

The ban has caused popular mainland travel retailers, such as Ctrip and Qunar, to offer refunds to thousands of customers who had previously booked tours online. Both websites and brick and mortar travel agencies are now "actively discouraging customers" from attempting to purchase any travel products associated with Vietnam. In response to the edict, some Chinese air carriers have reportedly suspended chartered flights into Vietnam for the time being.

The temporary block on tours does not forbid individuals from making personal arrangements to visit Vietnam. However, the Chinese government has issued a warning to potential tourists that "strongly recommends against travel" into the country.

The prohibition against group tours is one in a series of responses by Beijing following anti-China riots that broke out in southern Vietnam on May 14. Protests that in proceeding days had been peaceful eventually turned aggressive. During the ensuing violence, at least two Chinese nationals were killed and hundreds of Vietnamese and Chinese injured. Several Chinese-owned factories were also set on fire, as were others owned by South Korean and Taiwanese businesses.

On May 19, four ships dispatched by the Chinese government arrived in the port city of Vung Ang to help evacuate more than 6,000 Chinese nationals living and working in Vietnam. People injured in the rioting were previously flown out of Vietnam on chartered flights. On the same day the ships arrived, Hanoi announced police had made hundreds of arrests in connection with the riots and factory fires.

Political relations between Beijing and Hanoi have been in free fall for most of May as long-standing disagreements over territorial waters have come to a head. At the center of the storm are reactions on both sides as Vietnam's coast guard first seized a Chinese fishing vessel and China then deployed an oil platform to begin drilling near the disputed Paracel Islands. The platform is currently in operation roughly 200 kilometers off the eastern coast of Vietnam.

China's tour suspension is another incident in a series of tumultuous events currently unfolding in Association of Southeast Asian Nations (ASEAN) member countries. The ten-member trade bloc — of which China is not an official affiliate — issued a statement urging both parties to "exercise self-restraint and avoid actions which could undermine peace and stability in the area." Beijing responded several days later by demanding ASEAN "remain neutral" regarding South China Sea issues.

Have said this here before that its not a surprise there are tensions in the horizon, and made a predicition on this too. There are different ways to promote nationalism and patriotism. Fortunately West is out so far. But thats just so far.

My wife and I were in Vietnam for 25 days during this past CNY. We saw many chinese tourist especially in Hoi An. I am sure the travel industry is not happy with all those refunds. I hope this problem gets resolved quickly.

I guess its time to venture out a little more since Thailand and Vietnam are not worth visiting.