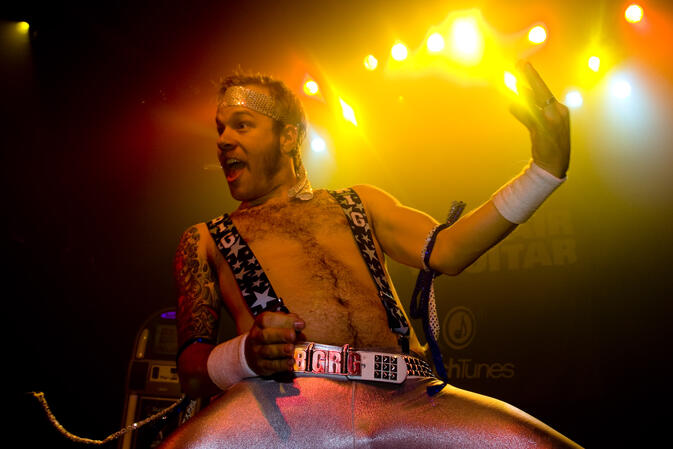 The art of the air guitar, much like many other things, took a long time to arrive in Kunming. But arrive it has. Earlier this year the city witnessed its first air fiddle competition as 10 participants strutted their stuff publicly during a Saint Patrick's Day party. The contestants took part in what turned out to be a hilarious and surprisingly competitive show.

The tradition begun that night will continue on Friday, May 16, when Pro Livehouse holds its Squeal Like a Pig air guitar competition and live show. The evening will begin around 9pm and feature live bands, the air guitar contest itself and then a DJ. Entry in the contest is open to anyone in attendance.

Participants will each be given one minute to showcase their skills to the music of their choice. International Air Guitar rules apply and contestants will be scored on technique, professionalism and raw power by a crack team of judges. The overall winner will receive a shiny new electric guitar, with best runners up presented with bottles of booze.

Before the contest officially gets underway, the fabulous Guarapo will take to the stage playing Afro-Cuban rhythms with a Latin flavor. Immediately following are the Ferraris from Hell performing the best of modern psychobilly while sporting the finest in Italian haute couture. Following the air guitar antics, the night will wrap up with DJ Ranking周 manning the decks and spinning an eclectic mix of everything.

The entire event is hosted by Charlie Hollywood, and will include a short awards ceremony following the competition. Tickets to the evening's festivities cost a paltry 20 yuan. They can be purchased in advance at Pro Livehouse or at the door on Friday night. Ticket prices include one free shot.

GoKunming and Pro Livehouse would like to give away five paris of tickets to this unique event. The first five people to answer the question below will receive two passes to the party.

What color is the wind?

Answers must be submitted through the GoKunming contact form and include your name, phone number and a response. Winners will be announced in the comments section below on Friday morning. Good luck! 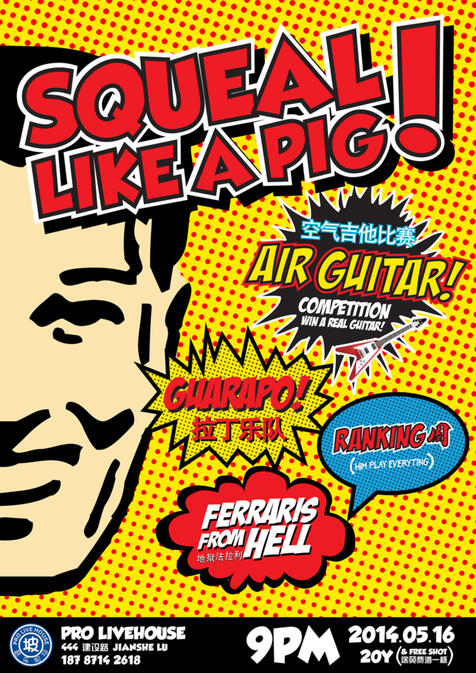 We have our winners! Congratulations to Caroline, Steve, Tim, John and Big T.