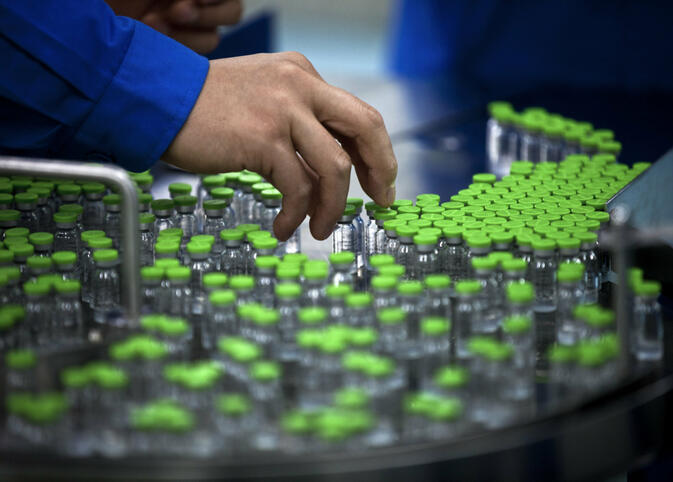 Although in many parts of the world polio is seen as a conquered virus, infections are still a possibility in western China. In an effort to prevent an outbreak, the Kunming Bureau of Health (昆明市卫生局) has begun a polio vaccination drive offering free inoculations to all schoolchildren, Yunnan Net is reporting.

The endeavor, which runs March 19 through 28, is targeting children between the ages of one and six, although older children may receive inoculations as well. China administers the oral polio vaccine (OPV). Using this regimen, infants two months and older should receive their first dose of OPV as soon as possible and then receive follow-up doses at four months, 6-18 months and then a final inoculation between four and six years of age, according to the United States Center for Disease Control.

Parents of children older than two months, or those who have received some but not all of their polio immunizations, can consult with doctors and nurses to find out what regimen is recommended. Adults over the age of 18 usually do not need to receive inoculations. In Kunming, all hospitals and rural community health centers are involved in the drive and unscheduled drop-in service is available.

Polio — called jisui huizhiyan (脊髓灰质炎) in Chinese — was once a childhood scourge all around the world but intense immunization efforts have led to a 99 percent drop in global cases since 1988. In 2012, only 223 instances of the disease were reported worldwide. Despite such widespread eradication, health officials in China sporadically undertake immunization drives out of fears an outbreak could occur. This is largely due to neighboring countries Pakistan and Afghanistan being two of three countries in the world where the wild polio virus still exists — Nigeria being the third.

No indigenous outbreak of polio has occurred in China since 1994, although Xinjiang did experience a rash of cases in 2011, which were brought into the country from Pakistan. Kunming health officials are also concerned, according to the Yunnan Net report, that the increasing number of people migrating from Yunnan's rural areas — where healthcare is not as universal — may lead to small populations of Kunming children who have not been vaccinated.

Running concurrently with the polio campaign is an anti-mumps initiative which is also free. Children over the age of eight months can receive either a mumps inoculation or the measles-mumps-rubella cocktail at the same locations in Kunming where polio vaccines are offered.

"...Yunnan's rural areas - where health care is not as universal..."

And one looks around Kunming and sees where all the new money goes...seems to me that the economic system and administration have built in, bad priorities.