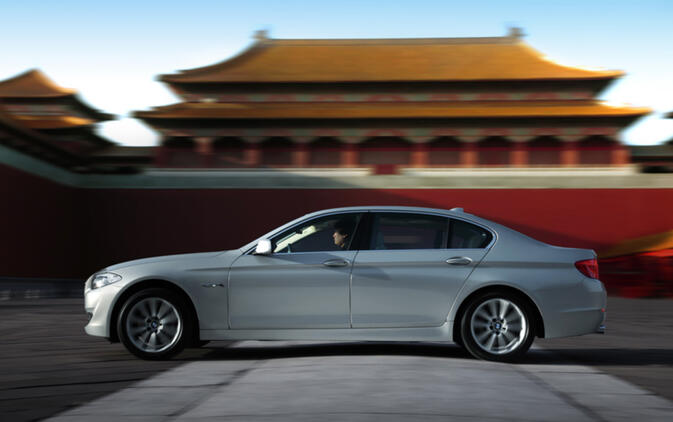 Lawmakers in Yunnan are considering a ban on the practice of allowing high-level officials to drive state-owned cars for personal use. If approved, the measure would become a proxy extension of nationwide campaigns designed to limit the perks of those holding government office and be the first moratorium of its kind in China.

The prohibition against "public service vehicles" is currently only a draft proposal open to both bureaucratic and public debate. As currently worded, the law would eliminate free cars — often referred to as 'gift vehicles' in the Chinese press — available for personal use by officials. This would affect all officials in Yunnan ranked "county level and above", which would include thousands of public servants at the county, city and provincial levels.

The law would not do away with "essential" automobiles but does endorse standardizing the way vehicles are purchased and then used by provincial administrators. The measure has been billed as an attempt to increase transparency and cut spending. The draft also recommends any procurement of new cars be restricted to domestically produced, energy efficient models.

In addition to banning private cars for public servants, the proposed law calls for an end to the practice of corporations donating vehicles specifically for government use. It remains unclear as to why officials ranked below the county level have not been included in the car prohibition.

In official announcements, the provincial government has taken the surprising step of encouraging the public to weigh in on the issue by contacting the Office of Legislative Affairs (YOLA) with feedback. People can contact YOLA by faxing 087163620712 or sending an email to 287442661[at]qq[dot]com. Comments or suggested amendments to the draft proposal will be taken until March 31, at which time lawmakers will reportedly decide whether or not to pursue the initiative further.

Directives such as the proposed car ban in Yunnan have been on the increase since president Xi Jinping assumed office in late 2012. His campaign against corruption, in which he has pledged to "fight tigers and swat flies" (打虎扑蝇) is aimed at identifying and punishing both high and low-level officials involved in graft. An article published earlier this month by Xinhua states that more than 182,000 officials at all levels of the Chinese bureaucracy were punished in 2012. They included 31,000 people involved in "cases of embezzlement, bribery and breach of duty."

Recently, public enthusiasm for anti-corruption measures has been equaled by support for any guidelines limiting other official perks. For example, policies designed to curtail public service benefits have led to a marked decrease in extravagant government junkets and banquets. They have also spawned the phrase 'four dishes, one soup' (四菜一汤) as a way to describe humbler meals now purchased with state money.

Banning government cars for private use would have a serious impact on tourism to Yunnan from surrounding provinces.

Government cars should be abolished altogether. Instead of cars government officials should be given car allowance according to they position. Therefore saving government millions in maintenance and running cost.

Might as well get rid of the "free cars" altogether because if they are seen in domestic Chinese cars it would be a lowering of their status..

Better encourage competition and allow foreign vehicles. A Fiat Panda, for example, would be an appropriate car.