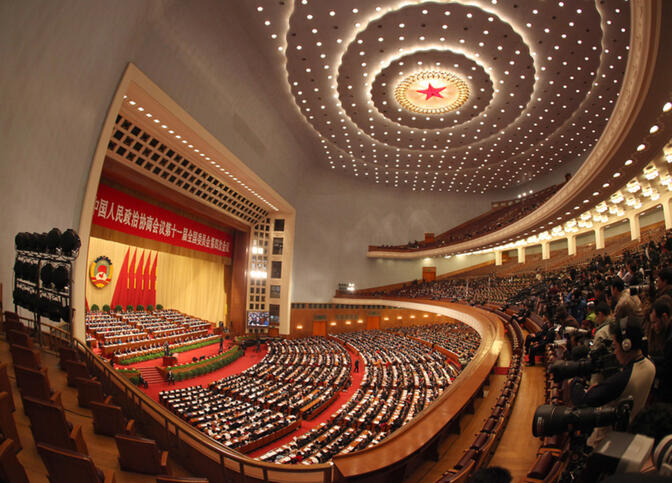 Delegates from Yunnan attending two national level political meetings have recommended the Chinese government step up efforts to preserve rapidly eroding minority cultures. The proposals were submitted during weekend meetings of the Chinese People's Political Consultative Conference (CPPCC) and the National People's Congress (NPC), which are being held concurrently in Beijing.

The issue was first broached by stage actress Li Hongmei (李红梅), a Yunnan native who addressed members of the NPC on Sunday. She said the need for updated "cultural facilities" in rural areas of her home province were sorely needed. Specifically, Li asked that funds be allocated to build libraries and community centers which could be used to educate people about minority culture.

Li explained that keeping indigenous traditions and languages alive would strengthen development in the province. Her understanding of the need for such action came about through her time touring Yunnan for theatrical performances. "Because of my work, I am often in poor areas of the province. Besides seeing people living in poverty, I also witnessed a certain degree of spiritual and cultural poverty," she said.

There is a lack of effective rescue and protection; especially in some less populated areas where there is no written language, minority speech is in danger of extinction. [This represents] a huge loss of our intangible cultural heritage, [which is worsened by] the loss of ancient minority artifacts and highly valued historical cities...

Committee members were also told many artistic traditions, folk stories, legends and what Qi referred to as cultural "bibles" have already disappeared. Unless Beijing is to act soon, Qi warned, China will lose even more valuable "non-material" customs, rituals and musical styles. Schools in the province with large minority populations often do not have the ability to impart a standard Chinese curriculum while also teaching children about their culture, Qi argued.

Qi recommended CPPCC members establish a fund to preserve such indigenous cultures as soon as possible. This, he said, would require new educational standards as well as laws protecting and promoting the traditions of Yunnan's 25 officially recognized minority groups. According to Qi, economic and development measures should also be tailored so as not to damage the province's cultural heritage further.

One step forward would be to encourage the merchants to sell culturally related items and souvenirs manufactured locally and discourage non related trinkets and junk..

You cannot 'preserve' cultures - however, you can allow authority/power/control over the changes that all cultures inevitably go through to lie in the hands of those who are affected by them, rather than in the hands of some social-engineering outside force, which will have its own agenda (for example: promotion of Chinese nationalism; tourist profits; propaganda; etc.).