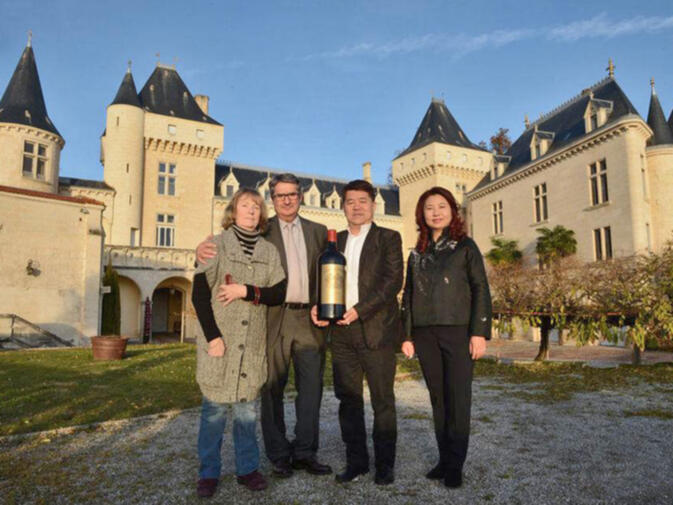 A Chinese real estate magnate is missing in France and following three days of searching, investigators believe him to be dead. Hao Lin (郝琳), president of investment firm Brilliant Group, was surveying his just-purchased vineyard in southwestern France by helicopter when the aircraft crashed into a river.

Hao was in France with his family finalizing the acquisition of the sixteenth century Château de la Riviere and its accompanying 65-hectare vineyards. The previous owner of the Bordeaux estate, James Gregoire, and Hao completed the 30 million Euro sale on the afternoon of December 20. Following a small press conference, Gregoire invited the Chinese hotelier on an aerial tour of the property.

Initial press accounts reported the two men boarded a helicopter with an interpreter and Hao's 12 year-old son. Gregoire, an experienced pilot, was at the controls. Twenty minutes after their departure, witnesses reported hearing a crashing sound and hurried to the banks of the nearby Dordogne river. 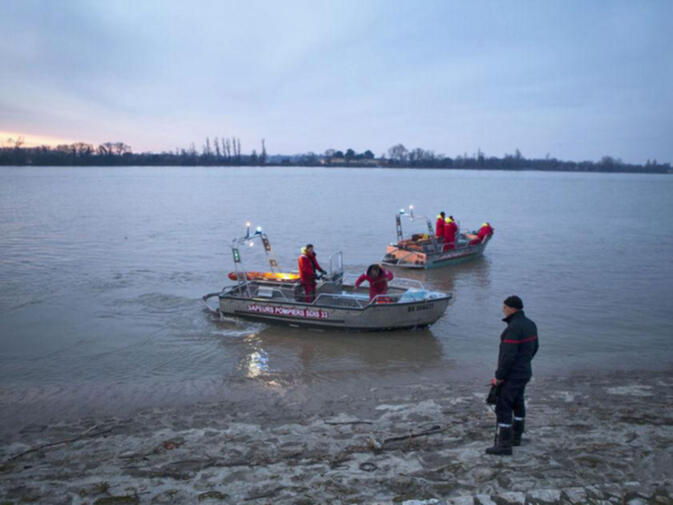 Police investigators discovered the fuselage of the helicopter in the river and late Saturday evening pulled the body of a child — presumed to be Hao's son — from the water. The three men remain unaccounted for and are presumed dead. Search efforts have been hampered by the river's high water level and icy temperatures. Rescue crews have reportedly deployed sonar equipment and SCUBA divers in further attempts to discover the bodies of the missing men.

Just before the flight, Hao told reporters he wished to maintain the winemaking traditions of the château. He also introduced plans market luxury Chinese teas alongside the estate's famous Merlot and Cabernet Sauvignon appellations. His purchase of the estate is part of a growing vineyard-buying trend among wealthy Chinese. The purchase of Château de la Riviere however, is considered the most prestigious purchase yet made by a Chinese investor in France.

Hao made his fortune by investing heavily in tea plantations in his native Yunnan province. He went on to co-found the Hong Kong-based Brilliant Group. The company has diverse real-estate holdings on the Chinese mainland and in Hong Kong, where Hao went by his Cantonese name, Lam Kok.

In Yunnan, Hao built the province's first high-end shopping center, Brilliant Plaza in 2001. He also developed several resorts and spas in the province and was a member of the Industrial and Commercial Association of Yunnan. Hao is survived by his wife, Lau Shengwan, who declined to board the helicopter due to a fear of flying.

there was an article a few years back that showed statistics where a very high percentage of billionaires in china have died prematurely.

@magnifico -many a happy widow

i know one chinese business woman in her 40s who was widowed 3 times before going overseas. and she ain't poor.

nb i was commenting on @magnificos comment, not on this particular story above.

This couple were actually clients of mine. I was sat in a meeting room with them a few weeks ago discussing a huge project they have down in Banna. Something this article, and many others omitted, is that the wife is actually the company Chairman, and therefore also a hugely influential woman, more so in fact than her husband. Though in light of her personal tragedy, losing both her husband and son, I would assume she will be retreating from company affairs for a while.

Interesting how the global media focuses so strongly on the Chinese angle and little is mentioned of the French millionaire who also died, not to mention the poor interpreter who was just doing their job.

How terribly sad, especially after surviving all of the tumultuous history of the past 50 years. I'm reminded of the words of a wealthy friend I have: "You just never know how long God is going to let you stick around.|