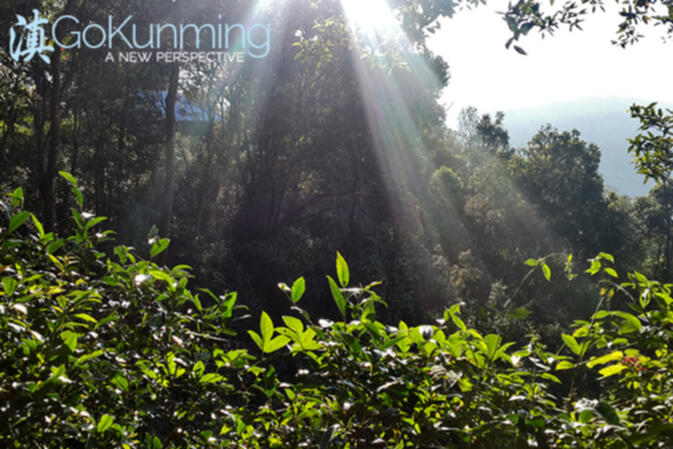 The mighty mountain, shrouded in mist, is the place where good tea comes from. 高山云雾出好茶

This old saying contains all it takes to describe one of the oldest tea mountains in Yunnan, a source of the finest raw tea, or maocha (毛茶), which is used to make tea of different kinds and shapes.

Well-known for its long history of tea cultivation, Nannuo Mountain (南糯山) has gone through a series of transformations but remains a place for pilgrimage. Its trees, many aged between 200 and 500 years, produce some of the best pu'er tea in the province. Driven by a powerful urge to see the ancient groves for ourselves, we traveled to Xishuangbanna's eastern Menghai County (勐海县), to a place about 30 kilometers from the prefectural capital, Jinghong. 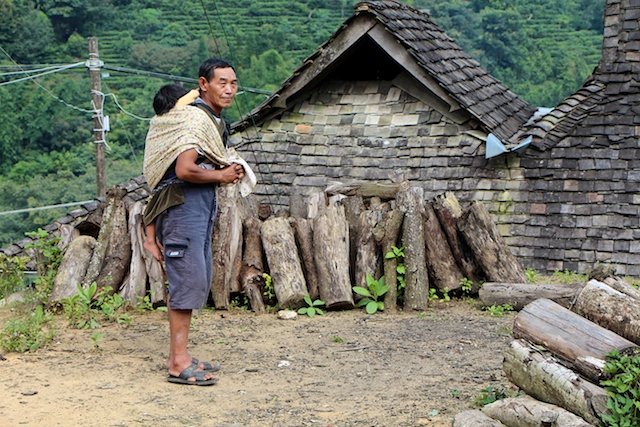 In the morning, accompanied by the owner of a tea shop in Jinghong, we headed out to meet some local tea farmers at a nearby town. Shitou Village (石头村) is a traditional Aini (爱昵) settlement, which rests peacefully on the side of Nannuo mountain amid groves of bamboo and tea.

Plantations ring the town, seemingly merging with the horizon — banana trees eventually giving way to rubber trees marching in straight rows across the hillsides. However, the place we were about to explore bore not the slightest resemblance to those sprawling monocultures. We soon found ourselves in the wilderness of Xishuangbanna, a landscape of rain forest with dense vegetation, where ancient tea trees feel at home.

The serpent-like road, winding around the mountain, occasionally passed through mystical tribal gates decorated with carvings of skulls and pictographic inscriptions meant to scare away evil spirits. They were the work of the Aini, the dominant indigenous people who have inhabited the region for hundreds of years. 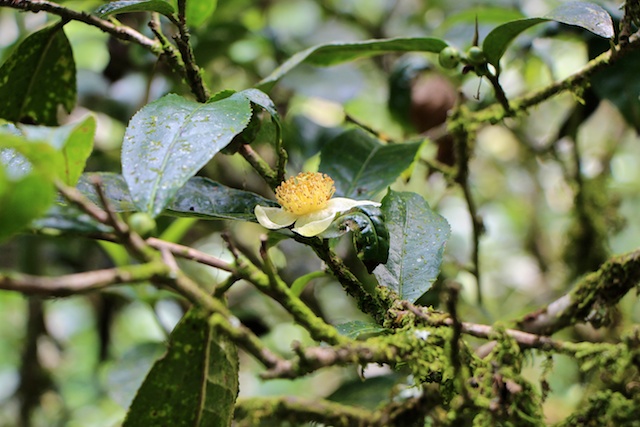 The name of the mountain comes from the Dai minority (傣族) language and is translated as "bamboo paste", a dish made of fermented shoots. Aini cuisine is diverse and worth exploring, and you can still find this on the menu. The story behind the dish tells much about the bamboo growing thick at the foot of the mountain.

One winter, according to local legend, a settlement on the side of the mountain was visited by a feudal lord. During his visit, the sovereign was offered a bowl of sour bamboo paste. As the story goes, he loved the taste so much that he later commanded the villagers to manufacture and pay him tribute solely in this delicious appetizer.

We set out on a hike through bamboo groves much like the ones used to make the legendary dish and then came to a nearly impenetrable thicket of tea trees that covers almost ten square kilometers. Our preconceived image of soaring ancient tea trees was utterly different from reality. 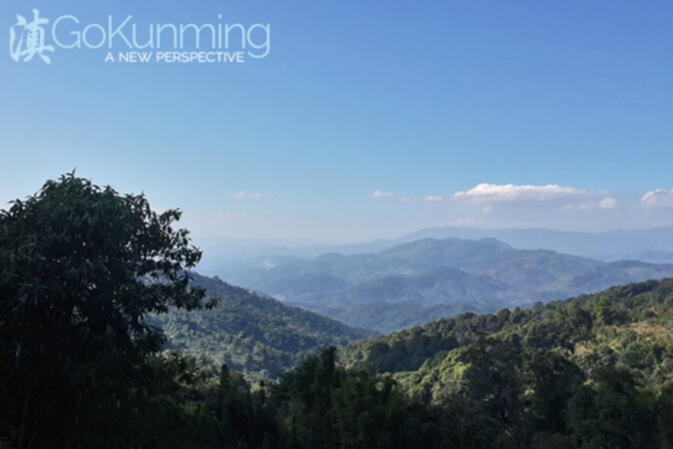 Nowhere near the size of our imagined redwoods, these humble giants often barely grow taller than a person. However, the so-called 'King of the Tea Trees' (古茶树王), did fit our notion. Over 800 years-old, the tree has become a popular tourist attraction and soars to a height of nearly 15 meters.

Unlike conventional tea hedges (台地茶) which make up an average plantation, wild trees on Nannuo are left to grow freely in their natural form with minimum pruning. In many areas, the trees are treated organically, which is easily seen with the naked eye.

Leaves are often home to insects and tiny parasitic plants, none of which would survive the application of pesticides. The plants include rare species of crab's claw (螃蟹脚) and Dendrobium (石斛) — orchids which serve as a raw material for a number of medicines used in Traditional Chinese Medicine. 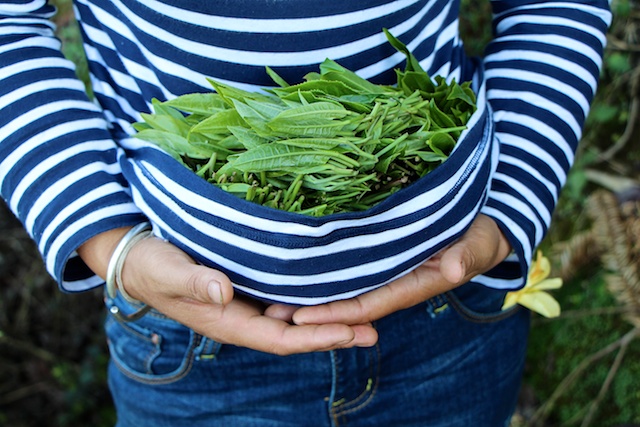 Being cultivated in line with hundreds of years of local farming tradition, the average tree produces about three kilograms of tea leaves each year. Conversely, tea trees grown as hedges on nearby plantations, harvested regularly to maintain their shape, yield several times this amount. New growth on hedges is generally harvested every 20 days and the harvest season begins as early as April and lasts through late November.

The number of harvests per year may vary from place to place, but when a tree is given more time to recover, there is a better chance of getting high quality leaves. Such ancient tea trees as exist on Nannuo Mountain produce a tea that attracts a very high market price — one that far exceeds the price of the average plantation tea. Being extremely valuable, they provide the major source of income for many locals.

Tea harvesting in the region began at the time of the Three Kingdoms. Hundreds of years later the Bulang people (布朗族) settled on the mountain and further developed tea cultivation methods. Later, harvesting techniques were taken over and expanded by the Aini. 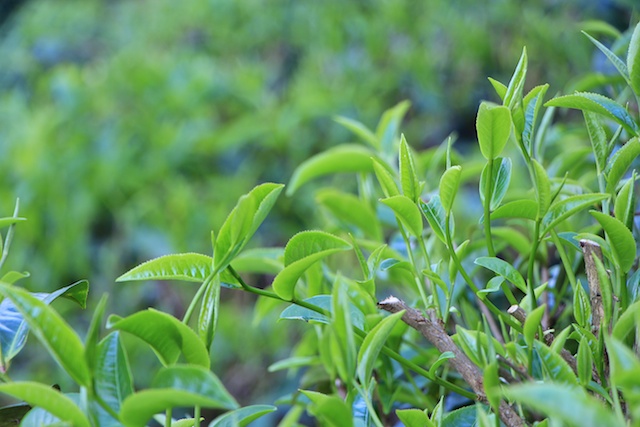 By the time of the Qing Dynasty, plantations on Nannuo Mountain were producing more than 300 tons of tea leaves per year. After picking, raw tea was transported to places such as Menghai (勐海) and Yiwu (易武) for further processing. Much of the tea was later exported to neighboring countries and was widely consumed domestically.

The turn of the twentieth century saw great social and political unrest in China. The disruptions significantly weakened the country's economy and the tea market became wildly unstable.

Tea production declined severely until experiencing something of a rebirth in the second half of the century. It was during this mini-renaissance when some bureaucrats advised removing the tea trees from Nannuo Mountain and replacing them with more profitable tea hedges and rubber plantations. Luckily this policy was never fully adopted.

At the end of the day, our heads swimming with history, we rested at the house of a local tea grower. At last we could slake our thirst with a nice cup of raw pu'er, the de facto drink in the area. Nannuo Mountain has so much to say, and one more time it was heard.

Editor's note: This article was written by Alesia Ivankova and originally published on the website Daoli Tea. If you have an idea for an article, feel free to get in touch with us via the GoKunming contact form. 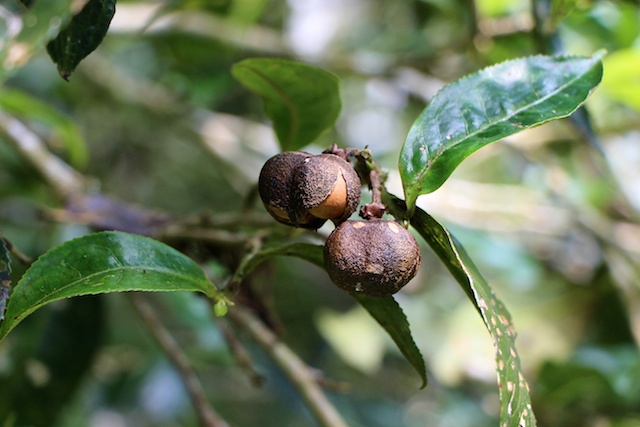 Images without watermarks: Daoli Tea
All other images: Adrian Golobic

"Nannuo Mountain has so much to say, and one more time it was heard."