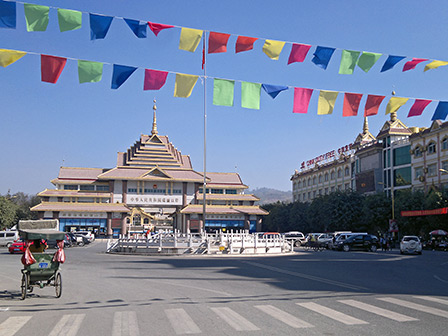 Real estate speculation by mainland Chinese companies and individuals has become a common occurrence in cities from Hong Kong to Sydney. A similar phenomenon — but one tainted by forced relocations — is now occurring in a little-known but strategically important Burmese village bordering Yunnan. Many locals in Muse, across the border from Ruili are growing resentful, angered by what they see as a naked land grab.

An article published by Burmese newspaper The Irawaddy reports landowners in and around Muse are being paid the equivalent of US$25,000 per acre of land. This price, according to farmers interviewed for the report, is often non-negotiable and compulsory.

Land in Muse has become incredibly valuable following the announcement of plans to construct a 288-acre "Central Economic Zone" to take advantage of trade with Yunnan. Although still largely in the planning stage, the zone is expected to contain hotels, business centers and shopping malls. Brokers compensating Muse residents for their land have reportedly turned around and sold their newly-acquired acreage for almost ten times the original buying price. 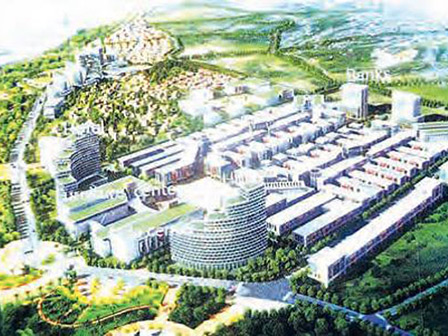 Chinese and Burmese investors are hurriedly bidding on the land, which is now commanding prices upwards of US$200,000 per acre. Former landowners in Muse describe feeling both exasperated and resigned to their situations. A farmer named Sai Aik Maung told reporters although his compensation was a sizeable one-time sum, he no longer has a home or way to make any money in the future.

Opportunities for residents of Muse to sell their land at competitive prices appear to be negligible. As another farmer told The Irawaddy, "the companies are partly supported by the government. We cannot object to the project."

Charges of forced relocations and below market land sales are not particularly new when discussing joint-venture developments between China and Myanmar. A recently inaugurated US$2.5 billion pipeline connecting Yunnan refineries to oil fields off the coast of Myanmar was plagued by similar accusations for the duration of its construction.