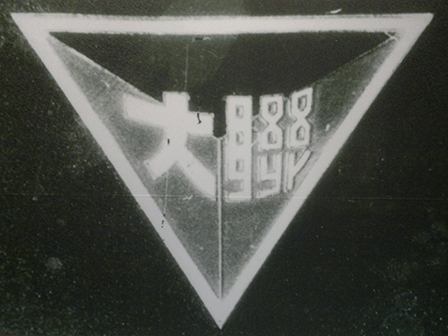 In a 2012 survey of the top universities in China, only one institution of higher learning in Yunnan cracked the top 100. It may be surprising then to learn that at one time Kunming was the academic center of the country, if only for a brief few years.

As Japanese forces captured more and more Chinese territory during the Second Sino-Japanese War, many east coast institutions fled to new locales. Faculty and students from three of China's top universities banded together in this way in October 1937 and established an interim school in the central Chinese city of Changsha.

The confederation of Nankai, Peking and Tsinghua universities lasted only four months in Hunan before it was forced to disband due to advancing Japanese forces. Professors and their pupils agreed to reconvene classes in Yunnan and in April 1938, lectures at the new National Southwestern Associated University (国立西南联合大学) were held in Kunming for the first time. The university would continue to function until a year after the Japanese surrendered in 1945.

Hidden in a corner of Yunnan Normal University is a small museum devoted to telling the story of this little-remembered institution. The building sits just a few dozen meters away from a long, low structure reputed to be the first classroom utilized for National Southwestern Associated University (NSAU) classes.

The museum is located beside Yunnan Normal University's 12-1 memorial garden. The building's facade is built of gray stone, brightly emblazoned with gold characters declaring the museum to be sitting on the site where NSAU was founded. Up a set of stairs partially obscured by trees and inside the building's front door, a series of terra cotta friezes depicting the history of NSAU line the walls.

The museum houses dozens of black and white photos that chronicle the establishment and expansion of NSAU. Relics from the nascent university's tragic 12-1 Incident sit behind glass, as do old insignias and flags.

One of the more interesting exhibits is a crudely made but very informative relief map showing how students ventured west from Changsha to Kunming. Two of the most common routes were overland — both over 1,300 kilometers and, more often than not, completed on foot over the course of several months. The northernmost of these two routes was traversed by Wu Zhengyi (吴征镒) — China's most accomplished botanist — over 70 years ago. 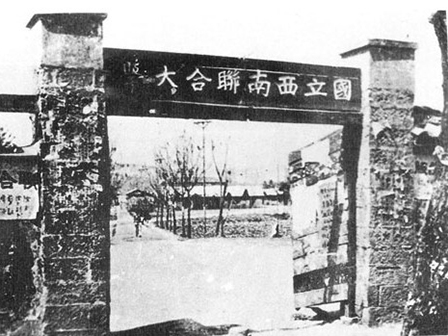 The gate to NSAU, which still stands inside Yunnan Normal University

Stairs leading to the second floor of the museum are flanked by photos of the university in its early days. Original buildings were primitive, not much other than single-story, mud brick structures topped with thatched roofs.

Despite such humble environs, NSAU would graduate more than 2,000 students over its seven, war-torn years. Of those who matriculated, an impressive 173 went on to join the Chinese academies of Science and Engineering later in their professional careers.

The museum's second level is largely devoted to the most outstanding of those 173 individuals. Past two somewhat creepy wax sculptures portraying a student and professor drinking tea together, stand several bronze visages celebrating the accomplishments of eight scientists educated at NSAU. 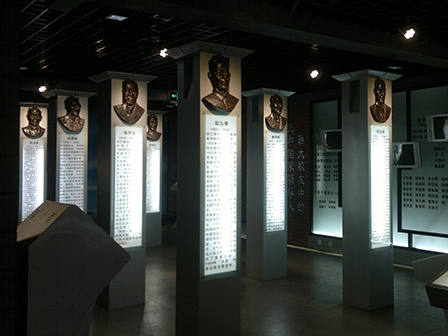 Each man was, at some point in his career, awarded the National Merit Award of China. All of them received this accolade for their work in physics or for research and experimentation conducted while working in the country's atomic weapons industry.

Two other scientists, Yang Zhenning (杨振宁) and Li Zhengdao (李政道) are also memorialized. They were jointly awarded the Nobel Prize in 1957 for their research on Parity in the field of quantum physics. Both men later emigrated to the United States, where they now live in retirement. 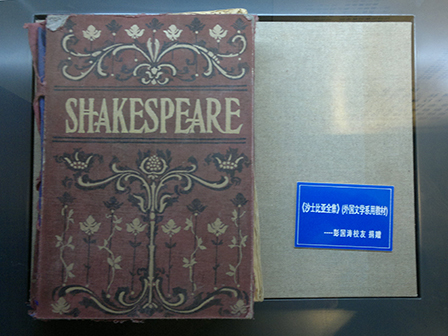 Another interesting section of the museum displays textbooks used by NSAU students. The majority of these tomes are in English and include the complete works of Shakespeare and course books in particle physics.

Faculty of National Southwestern Associated University returned to their original, eastern schools after Spring exams ended in 1946. The institution they established remained, changing its name to Southwest Normal University (西南师范大学). The university was renamed again in the mid 1980s to its current moniker: Yunnan Normal University.

The Southwestern Associated University Museum is a small but fitting memorial to a time when Kunming kept higher education alive in mainland China. It is open daily from 8:30-11:30am and 2:30-5:30pm. Bilingual tours can be arranged in advance by calling 65516087 and asking for Susan. 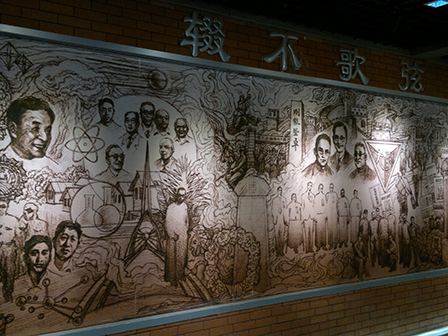 See John Israel's EXCELLENT book on the history of the university:

Books about universities do not normally strike me as exciting, but this one is.

John has lived in Kunming for several months per year over the past 10 years or more.

Thanks, Patrick. Informative article on a place of interest I hazard a guess most of us didn't even know existed (at least, I didn't)

Thanks Patrick for shedding light on another important chapter in Kunming's roll during WW2.

Reckoning on these turbulent years we must appreciate today's bounty of freedom and wealth..

Lest We Not Forget

One must realize that China was the first invaded in WW2 and the last to be liberated.