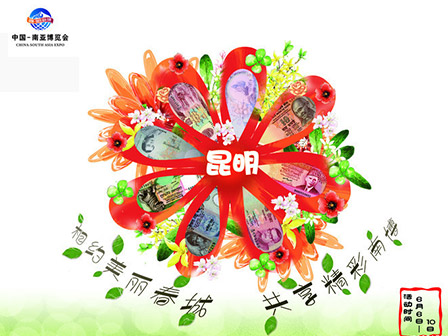 The China-South Asia Expo is the next step in China's Bridgehead Strategy, which primarily aims to turn Yunnan into a hub for transnational trade. Could this position Kunming as a major player in Beijing's foreign policy strategy?

The expo is an upgrade and an extension of the annual Kunming Fair, which has expanded in scope and scale for the past five years. Yunnan Vice-Governor Gao Shuxun (高树勋) has said the goal of this year's expo is to:

Participant countries have their own objectives. Secretary of the Ministry of Commerce of Nepal stated "participation in the expo will [...] ultimately help us reduce the ballooning trade deficit between the two countries."

The Bangladeshi Minister of Commerce has voiced similar trade interests. Chinese export value exceeds imports from Bangladesh by a factor of twenty-to-one. He hopes to reduce this gap and gain investment in the form of employment for the up to "55 million semi-skilled people whom China can employ in its relocated industries." Association of Southeast Asian Nations (ASEAN) countries similarly welcome Chinese investment, but clearly not at the risk of becoming geopolitical satellites of Beijing. 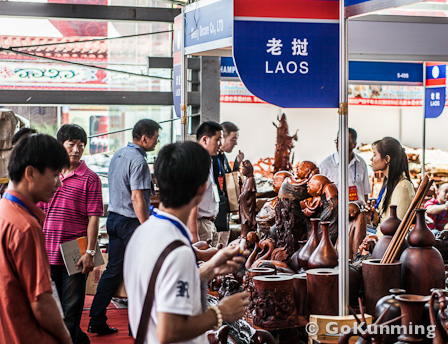 There is also the elephant in the room, as India accounts for 80 percent of China's exports to South Asia. Perhaps more important than China's relationship with ASEAN member countries will be the political and economic exchange between India and the PRC.

The two most populous nations in the world appear to be strengthening bilateral ties through a series of soft power initiatives. Further economic cooperation could be the next step towards closer regional integration.

Chinese media outlets already discuss the risk of encirclement posed by the United States Asia Pivot. A stronger relationship with India could provide a sense of political security for China and economic opportunities for India.

Challenges to shared interests such as this include a massive US$40 billion trade deficit favoring China, as well as two ongoing border disputes in the Kashmir and Aruchnal Pradesh regions. Even if these conflicts were resolved, there is the matter of a 65-year long civil war in northern Myanmar, which obstructs the redevelopment of the Stilwell Road and restricts overland Sino-Indian trade.

While the expo will not smooth over all of the obstacles to sustained ties between the two Asian giants, it seems designed to bring them closer together. As a result, Kunming appears poised to play host to events with far-reaching consequences concerning Asian relations. The China-South Asia Expo will be held June 6-10 at the Kunming International Convention and Exhibition Center.

Question about the red arm bands.

In the last couple weeks I've seen lots of local citizens wearing red arm bands that have something to do with the Expo. I've been told that they are helping keep the streets near where they work clean so as to make a good impression on visiting officials.

Has anyone seen these red arm bands close up and actually been able to read the words? Just curious.