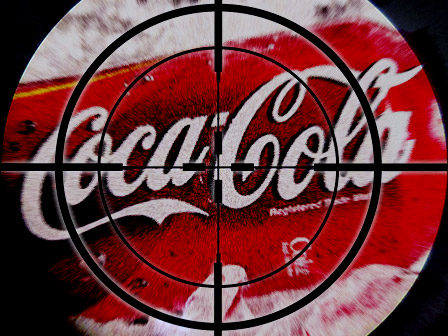 Beverage giant Coca-Cola has run afoul of the Chinese government for alleged spying activities conducted in Yunnan. The company, whose products are distributed to virtually every corner of the globe, is under investigation for its use of global positioning systems (GPS) in the province.

The inquiry into the drink maker's activities, which was apparently leaked to the press, is being conducted by the National Bureau of Mapping and Geography (国家测绘地理). Complete details of the investigation have not been released, but bureau chief Li Pengde (李朋德) has confirmed Coca-Cola is being looked at for 21 separate instances of collecting classified information and illegal map-making.

A spokeswoman for Coca-Cola, surnamed Wang, has responded to the accusations, saying that the use of GPS technology is standard procedure for the company and is used only for logistical purposes and not for mapping. She went on to say that Coca-Cola is in compliance with all laws and statutes regarding the use of such technology in China and is fully cooperating with the investigation.

Several international media outlets are speculating that the investigation is part of an ongoing espionage tit-for-tat between the United States and China. Over the past month, US lawmakers, including president Barack Obama, have repeatedly accused China of hacking the networks of multiple American corporations, including Coca-Cola.

Chinese officials have denied any wrongdoing. They have also countered the American claims by issuing their own accusations — asserting that the Chinese military has been the victim of 5,792 US-based cyber attacks in the last three months.

The Yunnan investigation is expected to be concluded quickly, according to Li. If found to be in violation of Chinese law, the Coca-Cola company could face fines of up to 500,000 yuan for each charge of espionage.

good. so this means they're going to ban the sale of coke in china, right?

Any details on what, exactly, Coca Cola did that drew their ire?
As a pretty enthusiastic gps user. I wonder how many laws I've broken.

This is definitely a tit for tat type of situation with China and the US. Hopefully, the two countries will begin working together in terms of trying to find out who the real culprits of these hacking activities are. Until then, it will just be a PR fight between the countries, trying justify that each other is really behind these hacking activities.

Geogramatt,, Is no problem, no problem. You deserve present for honest. Please tell real name address and I come give you OK foreign friend?

Coke is pure shite. Everyone knows it. It's such a western company I would not be shocked it was collecting info for the western control. Coke has so much sugar it, practically is poison in my opinion. Yet we let our children guzzle the stuff. Anyway good riddance if it is banned.