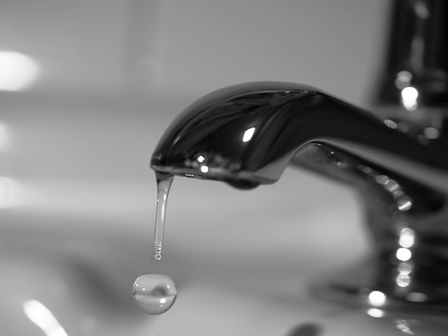 In an effort to combat rapidly dropping reservoir levels, city officials have announced water pressure across the city will be decreased. Beginning March 1, pressure in municipal water pipes will be lower than normal for all but four hours each day.

The Kunming General Waterworks Company issued a statement saying municipal water lines will be fully operational from 4-8pm for the foreseeable future. Similar conservation measures were implemented at this time last year.

Residents living in high-rise buildings or at higher elevations are expected to witness the most noticeable changes in water flow. The announcement recommends Spring City residents help conserve water by taking shorter showers and limiting "excessive" use of water.

Businesses connected with high volume use, such as factories, car washing facilities and swimming pools, have also been urged by the government to restrict use. In addition, a water utility hotline has been established. People wanting to report leaks or broken pipes can call 96106.

Kunming's ongoing drought, which normally peaks during the winter months, has now entered its fourth year. In some population-dense areas, such as Chuxiong (楚雄市), no significant rainfall has been recorded for 130 days.

If the past few years are any indication, Kunming could experience further water rationing in the near future. Last year in May city officials instituted rolling blackouts which occasionally led to the water in some apartment complexes being shut off completely.

'People wanting to report leaks or broken pipes can call 96106.'

Providing sufficient operators for that number could, potentially, wipe out city unemployment overnight.

"Shorter showers" eh? I wish! At our elevation we get no cold running water at all when pressure is lowered city wide. So typically I get 10 seconds of shower time from my solar tank between too cold and too hot. How much shorter did they have in mind?

There are so many leaks. By the time they get to one site, hours have passed. I see it all the time in the news where the pipe is busted and they arrive 5 to 24 hours after. If they are really serious about the waste of water, they would treat any pipe burst like a patient having a heart attack.

Keep on building these new 20 story plus apartment complexes that will solve the problem.

Well - it didn't start on March 1st, but ours is now just on 4 hours / day - no warning until after it started, with no water this morning. :(