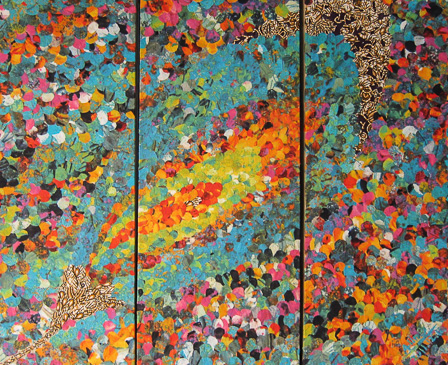 For a decade the art scene in Southwest China has suffered repeated artistic defections to larger cities such as Beijing. Recently though, there has been a bit of a prodigal return and some artists from the east coast are resettling in Yunnan to escape their frenetic lives.

Despite this, homegrown Yunnan talent is often overlooked by critics and the national press, who tend to focus instead on big names. It appears that trend may be reversing as artists such as A Ling are getting the chance to showcase their works on a national stage with the help of local promoters.

A Ling's journey toward notoriety is perhaps a bit atypical. She helped her parents raise ducks in Ruili for most of her childhood. She then moved to Dali Old Town and worked in a café before coming to Kunming, focusing on her art and eventually opening A Ling Crafts here in Kunming. 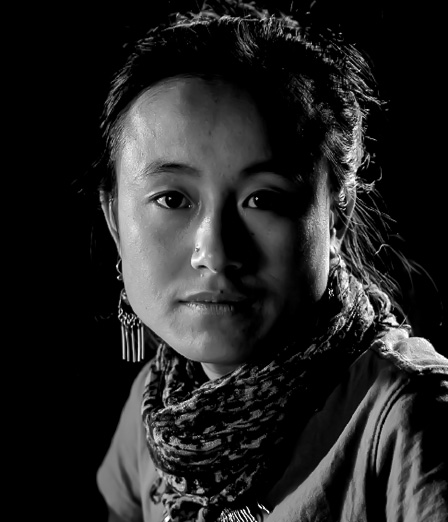 Originally she designed and produced handmade bags and found-object jewelry, which she still does today. She also began to sketch with ink and paper and then used those sketches as inspiration for her most original creations — fabric art.

Those cloth-based works and her sketches are currently on display at Fontainebleau. A collection of nearly two dozen fabric 'paintings' are arranged in the facility's main room. A Ling's sketches and jewelry are placed around three other rooms, amidst other works collected and painted by Fontainebleau's owner, Ms Nie.

The fabric artwork, which A Ling refers to as butiehua (布贴画), could be described loosely as kind of appliqué. Each work is composed of hundreds and sometimes thousands of individual pieces of cloth. Her works range from completely abstract flashes of color to depictions of people and natural scenes.

Each tiny scrap of cloth composing one of A Ling's pieces is cut to the necessary size and painstakingly glued into place on canvas with a secret adhesive A Ling won't reveal. She uses any and all fabrics depending on the desired effect — from cotton and hemp to synthetics. Most of the material A Ling uses she finds in China and Southeast Asia. 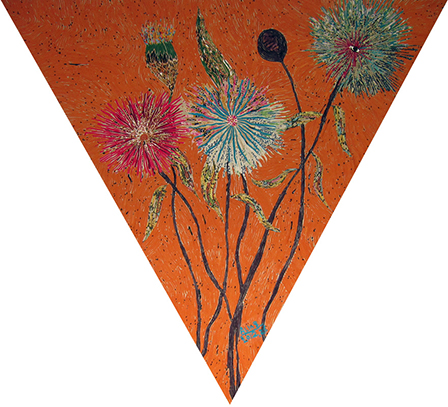 The idea of an exhibition arose when A Ling and Nie were introduced by a mutual friend. Nie had the idea to print A Ling's more colorful works — including "Peacock Feathers" — on silk and cashmere scarves.

An example of one of these scarves lies draped over an easel next to the work that inspired it in the exhibition's main hall. Those scarves are planned to be sold in boutique stores in Beijing and Shanghai with the additional goal of selling them overseas.

A Ling is taking the newfound publicity and notoriety in stride. When we asked her at the gallery opening how she was doing she answered: "It's all been pretty exciting. I get to sell the scarves at my shop, which is wonderful. They'll also be sold in bigger cities and we plan on making them available abroad in shops in Singapore."

The exhibition began January 20 at Fontainebleau, which sits beside the Panlong River (盘龙江) at 16 Jiangbin Xi Lu (江滨西路16号). It will run through January 25 and is free and open to the public each day from 10am-9pm. 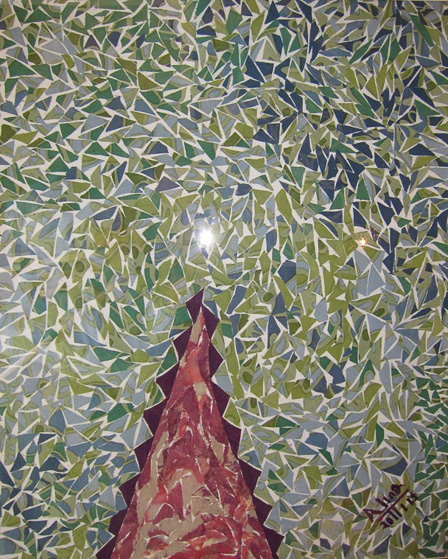 Her artwork is interesting and I like the tree the best. Just a little more than I like her nose ring, too. She definitely looks like an artist and she has some creative and unique paintings. Kudos to her for her success.

A Ling is such a creative person.

Her success is well deserved, due to hard work and perseverance.
Also, she is a gentle, beautiful person....