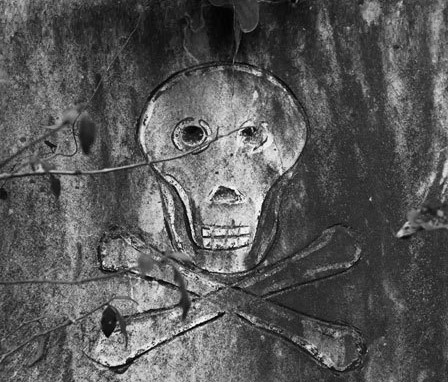 Farmers in Wenshan are helping to fuel immense growth in coffee production across southern Yunnan. Despite the possibility of reaping much larger profits from planting the cash crop, they are running into a potentially deadly obstacle: land mines.

The experience of one farming family last week highlights the situation. The Wangs were working to clear their fields in Wenshan Prefecture (文山州) to make room for coffee bushes when they unearthed a steel ball the size of a pineapple, Hualong is reporting.

After government inspectors removed what turned out to be a land mine, army personnel found another 137 mines on the Wangs' land. Due to the unknown volatility of the explosives, demolition experts detonated the mines at the farm.

Wenshan Prefecture in southeast Yunnan still contains hundreds of thousands of unexploded land mines scattered across the countryside. They were originally laid during the 1979 Sino-Vietnamese War (对越自卫反击战). Several of the mines discovered on the Wang farm were connected to active tripwires.

Estimates for the number of mines buried during the war range as high as two million. Thousands of farmers, many from the Miao minority, have been maimed while accidentally digging up the explosive devices over the intervening 30 years.

An increased interest in coffee production has meant new land in Wenshan is being cleared and farmers are tilling deeper into existing plots of cultivated land to accommodate the roots of coffee bushes. This has led to the uncovering of unexploded ordnance.

Farmers across southern Yunnan have been inspired to switch to coffee because they can reportedly earn up to ten times more money than from growing traditional crops. The response has been rapid.

The Yunnan government called for one million mu (165,000 acres) of land to be sown with coffee by 2015 but farmers had already exceeded that amount by September of this year. Much of this growth can be linked to two international coffee giants.

Food and beverage conglomerate Nestlé Corporation has promised to double its coffee purchasing in Yunnan by 2015. Starbucks also increased its reach into the province earlier this year when it formed a joint venture with Yunnan-based Ai Ni Group (爱伲集团), further encouraging local coffee growers.

Market volatility for the crop is high but Yunnan Coffee Industry Deputy Secretary-General Hu Lu (胡路) has said that coffee will remain profitable for Chinese farmers as long as bulk prices stay above 15 yuan per kilogram. For growers in Wenshan, it appears a 30-year war legacy may decide if they are able to integrate into the global coffee market.

Have a look at what these people are doing, they can identify landmines and UXO from the air! This enables them to release land quickly for agriculture.
www.mineseeker.com

I have been to Tianpeng 田蓬 in Funing county where this has happened a few times, the first time maybe ten years ago. Not only is the scenery pretty nice, but it also has a unique mix of minorities: Miao, Yao, Yi, Zhuang. Even the Han dress traditionally there and some people cross from the Vietnamese side on market day.

But the border police has been very itchy every time I went there. The first time they told me to move into a different guesthouse and not to leave the township apart from on the bus back. Now I understand their concerns a bit better.

If lots more people raise coffee, the price sure to drop. In much of the world, coffee is not profitable for this reason.

I suppose farmers can still plant food crops between the coffee trees. Maybe alternating rows of coffee and tea plants would avoid too much boom and bust.

Has anyone tried cacao in Banna?

Wasn't the local people who put these mines there, those who did put them there are responsible for getting rid of them. Why don't they?

Because they have no idea where they put them. That's the deal with mines, military don't seem to keep track of where exactly every mine is positioned, especially as some of them are moved around by landslides or other factors.

Yeah, well, they can just go look. Or they can leave local farm kids & farm animals to find them by tripping over them.