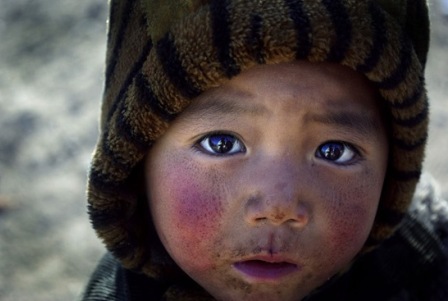 The Kunming Bureau of Civil Affairs (KBCA) has announced an ambitious plan to clear the city's streets of homeless children by the end of the year, Kunming Information Hub is reporting. The project will focus on children who are begging or otherwise working for their livelihoods.

The new program, called "Take every homeless child home" (让每个流浪儿童回家), will run for the rest of 2012. The first phase of the project was instituted at the beginning of this year and involved policy and coordination work between several outreach groups as well as a publicity campaign.

The second phase started in July and involves identifying minors in need of help and convincing street children to accept aid. They will be offered psychological counseling and lodging in city-run shelters.

The final part of the program involves relocation with the goal of identifying as many needy children as possible. When homeless juveniles are found, the KBCA will check them for diseases at local hospitals and treat those with serious ailments.

Case workers will then begin the search for the children's parents or relatives and return them home as soon as legal guardians are identified. If no next of kin are found the children will be placed in orphanages for up to two years.

Children who live in orphanages for more than two years will be placed in foster homes, adopted or otherwise "settled" in new homes. Relevant Public Security Bureaus will also assist in properly establishing a hukou registration so in the future the children can work legally.

The initiative has been discussed in the press since last September. An initial report stated that many homeless children migrate to Kunming from Qujing, Chuxiong, Honghe and Zhaotong. Many children in the Spring City also come from other provinces, including Sichuan, Guizhou and as far away as Anhui, according to Wang Shufen of the KBCA.

Let's hope this is one government initiative that doesn't just fizzle out....

It will. They only start out strong for the cameras. I remember when they were cracking down on the begging kids on Nan Ping Jie. The kids are stlling begging and selling flowers. Cops just look the other way.

I've been dwelling on this issue for some time, as it's within the laundry list of things I'd like to help alleviate in China, in a sustainable and scalable manner.

1. I was wondering how kids from other cities actually make it into town. They must have been transported as opposed to being runaways.
2. Regardless of a face-time project or not - at least the government is trying. One of the problems is how to make these programs sustainable as they require funding, without turning it into a fraudulent body mill just to steal money for churning the kids through a cash mill. This project is of course part of Kunming's face-lift in preparation for the formal opening of the new international airport.
3. Widows, single parents, and orphans are yet another fundamental issue that China will have to improve upon - but even the USA as the wealthiest nation in the world has this problem - which makes it even more shameful.

To put matters into perspective, the USA has historically sent over USD 51 billion in aid to Iraq with a single obviously overwhelmed financial manager - yes, that's right - ONE highly underpaid government financial manager responsible for disbursing USD 51 BILLION in aid. This was worse than the USD 2 billion in cash we sent to Afghanistan which also disappeared because of an utter lack of auditing aka accountability.

Meanwhile, at home (OK, I'm a US citizen), we have the worst unemployment since the great depression (1930s), soon to be exacerbated by all our returning veterans - fantastic reward for putting your lives in harms' way, NO socialized health care (unless you're an illegal alien, in which case healthcare is provided free of charge - but if you're a legal US citizen, you're turned away from hospitals), and a re-invigorated IRS which was allocated another USD 700 Million PLUS to beef up their tax collections - ostensibly from people who can't understand the impossibly complicated tax codes - that's taxation without representation - which is illegal under the US constitution - go figure that one out.

In the USA a small number of US social services departments used to do this to reservation-interred native americans (the shameful and chronically poverty stricken of the USA) - they'd legally kidnap their children, frequently under false pretenses, so they could churn them through the social services mill - as they'd received "bounties" for every native american child they placed into foster and or adoptive families. The Native American Indians are the US version of Tibet. Compared to what the US did to the Native Americans - China is the benevolent GOD of Tibet (and definitely not that publicity hound dalai lama). I always have to choke, gag, and push back vomit when I hear the USA criticizing China over their policies in Tibet. As the wealthiest nation in the world (with the biggest debt in the world), our historical and current treatment of our own minorities is utterly shameful. Now THAT's a face program that's a tax cesspool - but it creates a guaranteed pool of voters...legally bribing voters in the USA through entitlement programs (aka welfare) - yet another first.

So, yeah - we can criticize the Chinese government's efforts - but at least they're trying.

One day - these kids along with all rural kids will be the envy of city kids - they get to live in the countryside (clean air, exercise (aka work), clean food, comfortable life). That's my goal while I'm here - to help China achieve rural stability WITHOUT taxation. Taxation is shown to be a failed policy in the USA - with its equally massive amounts of fraud, waste, abuse, and just outright corruption.

Once again (can't resist), when the US Consulate in Chengdu tells me the fees I must pay because they don't have budget - I look at that USD 51+ billion in aid we sent to Iraq, the USD 2 billion we sent to Afghanistan, and I'm continuously shocked if not stunned senseless.

Some cities are looking for some solution of dealing the problem with the growing homeless population in their area. Some of them are transferring these homeless people to a certain place, as it often solves difficulties for all parties involved. Get an <a href="personalmoneynetwork.com/installment-loans/">installment loan</a> to pay for your rent and avoid being homeless.

Depends on where these folks are transferred to, and under what conditions.