By Patrick Scally in Features on February 14, 2012 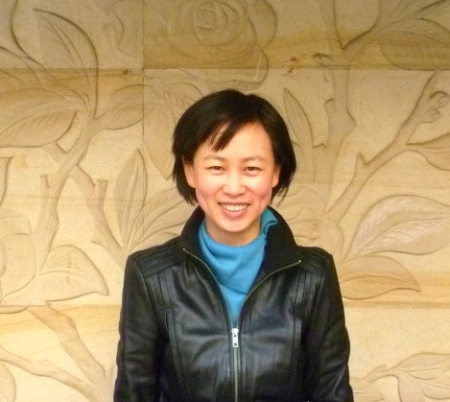 In 1989 Yunnan was the first region in China to experience an indigenous outbreak of HIV transmissions. In 2011 the official number of HIV/AIDS infections in Yunnan surpassed 90,000 – the highest total in China.

Government and public attitudes in Yunnan toward HIV/AIDS have changed considerably in the 23 years since Yunnan's first recorded cases. Not only have government prevention efforts become more science-based, they have increasingly involved cooperation with domestic and international non-governmental organizations (NGOs) and engagement at the grassroots level.

Community advocate Jiang Li (蒋黎) has been working with HIV/AIDS at-risk groups in Yunnan for most of the last decade, most commonly with intravenous drug users and sex workers. Born and raised in Ruili, a city near the Golden Triangle that has long struggled with HIV/AIDS prevention, Jiang moved to Kunming in 1997 and later graduated from Yunnan Normal University with a degree in English.

Before working for various NGOs including Population Services International, China-UK HIV/AIDS Prevention and Care Project and the International HIV/AIDS Alliance, Jiang received a grant in 2001 from Global Fund to start up a grassroots condom marketing team.

Funded with money provided by UK-based Department for International Development, Jiang volunteers at Daytop Drug Abuse and Rehabilitation Center in Kunming and is preparing for postgraduate work overseas. We sat down with her to learn more about the changing landscape of HIV/AIDS prevention in Yunnan:

GoKunming: What changes have you seen in Yunnan among sex workers and intravenous drug-using populations over the last decade?

Jiang: In my experience, HIV/AIDS at-risk groups are now much more educated and proactive about health and safety than in the past.

GK: What is the biggest challenge to working with intravenous drug users and prostitutes?

Jiang: Things don't improve in one or two days. Results take a long time to show up and so we don't know immediately if our efforts and strategies are working.

GK: Other than sex workers and intravenous drug users, what other at-risk groups are there?

Jiang: Family members of drug users are one because sometimes there is peer pressure. Other times there is simply a familiarity with drug use. It seems normal to the family and so they try it. Another group is the clients of sex workers, for obvious reasons. Another is gay men.

GK: Most of these groups are somewhat underground - how do you approach them?

Jiang: The Yunnan Center for Disease Control (CDC) and the Kunming Health Bureau are always valuable resources. They can help point us toward hotspots for at-risk behavior. NGOs also conduct their own research.

In the past, I've helped train intravenous drug users to be peer-educators in the community, and they know how to find other people who may need help.

Jiang: In my experience, yes. We've worked together with all these groups as well as the CDC and the Kunming Health Bureau. That way our programs, like needle and condom distribution and community outreach programs, don't overlap. We often don't have a lot of resources so we can't afford to duplicate activities. The CDC has also been very willing to share data and statistics with other groups.

GK: What are the dominant methods of prevention used to control the spread of HIV/AIDS in Yunnan?

Jiang: There are many different methodologies. Clinics and community outreach centers are probably the most common. But peer education is really important. So is social marketing, where an NGO will make a mass media campaign to educate people and then offer affordable products like condoms and lubricants.

GK: Out of all of China's administrative regions, Yunnan has the most HIV/AIDS cases – is the province used as a testing ground for new prevention strategies?

Jiang: Yunnan was the first province to use peer education and needle exchanges. These were not new ideas in many foreign countries but they were new to China 10 years ago.

Jiang: It's pretty easy to explain the safety benefits of condom use to sex workers. We also teach them negotiating skills so they won't have so many problems with their clients. But with intravenous drug users, many of them are addicts and the most important thing for them is buying and doing drugs. Often they don't care if their needles are old or new, clean or dirty.

GK: Does Kunming have a permanent needle exchange center or a condom distribution network?

Jiang: I know of two needle exchanges – the Daytop voluntary detox center on Xihua Lu and another clinic at Wangdaqiao.

Also, the Kunming government's HIV/AIDS Prevention Bureau puts free condoms in hotels with a two-star or lower rating. In hotels with three or more stars they make condoms available for purchase in the rooms.

GK: In the West there are several famous people who have lived decades with HIV/AIDS by taking very expensive drugs. Are these drugs available in China and are they as expensive as in Western countries?

Jiang: South Africa, Brazil, India and China all make generic versions of the expensive drugs to keep prices down. The name-brand drugs are also available but, just like in the West, are very expensive. The generic versions are helpful but they aren't the best available.

GK: What is the most encouraging thing you have seen regarding HIV/AIDS prevention in Yunnan?

Jiang: The overall progress regarding sex workers. The information they have access to now and their knowledge of safe sex strategies has really improved over the past few years. Sex workers can now make better and more informed choices and feel more in control of their lives. This has been quite encouraging.

Great to see these issues in the gokunming spotlight! Too often local news media turn a blind eye to these sorts of "sensitive" topics. For those interested in finding out more about what international NGOs are doing in Kunming to combat HIV/AIDS among most at-risk populations, I invite you to check out the Population Services International (PSI) China website at www.psi.org/china. The success stories in the "Improving Health in China" section are probably the most interesting, and give a voice to some of the people on the front lines of Yunnan's fight against the virus/disease.

It's an interesting challenge to be an international NGO working in China, home of the oxymoronic "governmental non-governmental organization" and a general public still largely unfamiliar with what non-profits are and how they function. PSI is a global leader in the "social marketing" technique that Jiang Li mentions, yet is unable to fully engage in such activities in China due to government suspicion of such a private sector-like approach. (Check out rehydrate.org/resources/social-marketing.pdf to learn why selling products/services at a highly subsidized price can be a more effective technique than simply giving things away to at-risk groups.)

Thanks beckyld. As you may already know, GoKunming interviewed Clare Ye Sheng from PSI's Kunming office in 2008:

Keep up the good work!