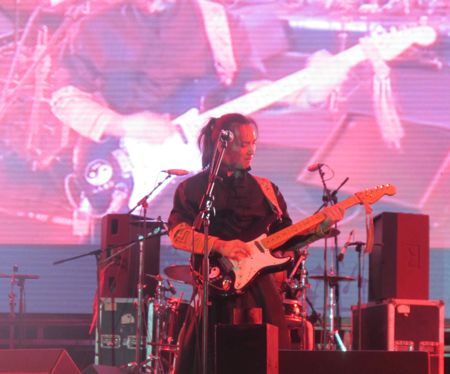 Next month Shanren Band (山人乐队) will embark on a tour of North America - the first in the region by a Yunnanese band.

The Shangri-La to North America tour will kick off in New York on March 6, followed by nine gigs on the US east coast and one show in Toronto, Canada at the Canadian Music Fest.

Shanren Band blends traditional Yunnan and Guizhou ethnic music with rock, reggae, and ska. The band was formed in Kunming in 2000 by four friends – three from Yunnan and one from Guizhou – and is currently based in Beijing.

In addition to the original members, who belong to the Han, Wa and Buyi ethnic groups, UK national and previous long-term Kunming resident Sam Debell has been playing percussion with the band sporadically since 2000 and has been managing the logistics of overseas performances since 2010.

Since its formation in Kunming the band has played shows at clubs and festivals around China. Its most recent performance in Kunming was at the 500KM City Music Festival in September 2011, where it was a headlining act.

In recent years Shanren Band has also performed in the UK, France, Spain and South Korea, but the upcoming North American tour will be its first international tour.

Band member Xiao Budian (小不点), who grew up in a village on the Guizhou side of the Yunnan-Guizhou border near Luoping, said Shanren Band's goal for the tour was a simple one.

"We just hope to give people something fresh and new, and represent our culture positively," he said. 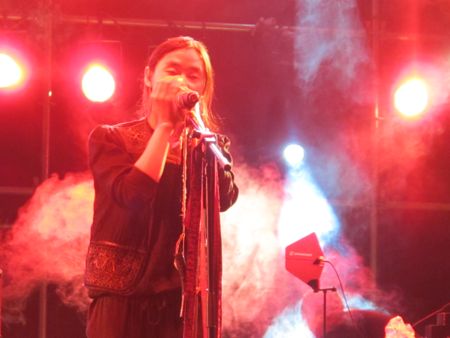 Shanren Band has a small fan base in North America primarily consisting of Chinese students. Unlike Europe, where the band has met with generally receptive audiences, the US and Canada will pose more of a challenge in terms of filling bars and clubs, Debell said.

"You are effectively a baby band unless you prove otherwise by filling venues," he said.

"In Europe, the world music scene is more developed and the market is bigger. Foreign bands that tour Europe are afforded a certain status and their governments are much more supportive of this type of cultural exchange."

The band's other major challenge will be funding the tour. It is meeting its most basic costs through funding by Beida Jade Bird Music Corporation and is hoping to raise an additional US$5,000 through crowdfunding site RocketHub.

Fans and friends who wish to support Shanren Band's North American tour can visit the band's RocketHub page and make a contribution. Those who contribute to the tour will receive gifts including CDs, instruments and even a home concert, depending on the size of their contributions.

For those unfamiliar with Shanren Band's music, the following video is a good introduction:

Below are the dates for Shanren's tour, should you find yourself on the US east coast or in Toronto next month:

Where can I download their album? I'll even pay for it. Not on iTunes, not on Baidu. Zenme ban??