By Shalene Gupta in Features on September 29, 2011 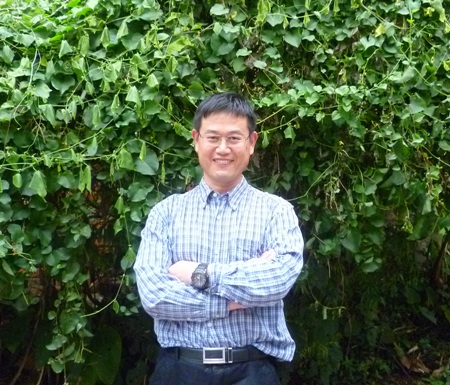 Yunnan's diversity of plant life has had a major impact on China and the outside world. Nearly 75 percent of the plants used in Chinese medicine originate in Yunnan. A century ago, Yunnan's pantheon of unique flora brought intrepid botanists from the West such as Joseph Rock to the region in search of specimens that would later become highly sought-after garden plants in Europe and North America.

Although it is difficult to imagine Yunnan's plant diversity disappearing, today it is seriously threatened by deforestation and, ironically, reforestation. The Chinese government has made major efforts to replace forests that have been destroyed in the last half-century by industrialization and agriculture, planting four million hectares of new forest a year.

In the last two decades, China's forest cover has increased by 30 percent. But this statistic is misleading as much of the new forest is monoculture plantations, i.e. a forest composed of only one species of tree. Monoculture forests are unable to sustain the diversity of plant and animal life found in natural forests, and are hence nicknamed 'green deserts'.

Agroforestry is the practice of balancing planting agricultural crops and forest plants in order to simultaneously sustain people's livelihoods and the environment. Dr Xu is based in Kunming where he wears three hats: senior scientist at the World Agroforestry Centre, professor at the Kunming Institute of Botany under the Chinese Academy of Sciences, and director of the Center for Mountain Ecosystem Studies, an organization he helped found.

In addition to his Kunming-based research, Dr Xu's work has taken him to the Himalayas, the Mekong region and North Korea. He is a globally respected authority on agroforestry and has recently published an opinion piece in the scientific journal Nature promoting a rethink in China's reforestation strategy.

We sat down yesterday with Dr Xu to learn more about how China can better protect its biodiversity in Yunnan and elsewhere by working with nature, instead of against it:

GoKunming: What brought you to Yunnan Province?

Dr Xu Jianchu: I've been in Kunming for 25 years. Originally I'm from the Yangtze River Delta area, near Shanghai. At my university, I was studying ecology with an emphasis on how indigenous people can better manage natural resources. I heard a lot about Kunming, the diversity of the plant life and the indigenous people so I decided to come. It wasn't the typical thing to do back then.

GoKunming: And what's been your main goal or purpose in Kunming?

Dr Xu: The organizations I'm part of are interested in sustaining the livelihoods of local people as well as protecting local ecosystems. Basically we're looking for a win-win situation, one where people can still make a living off of the land but in an environmentally sustainable manner.

GoKunming: Do these goals ever conflict?

Dr. Xu: Oh yes, when that happens we call it a 'hotspot'. For example, in the Mekong region, people make their living off of planting rubber plants. To do this they cut down the forest. It gets more complicated, because if the forest does grow back, this is known as secondary forest. However, the government currently underestimates the value of 'secondary forest' and labels them as wastelands. So they get cut down too.

Dr Xu: A secondary forest is natural reforestation. When it is replaced with a monoculture plantation, there is a huge loss of biodiversity, which can result in a depletion of groundwater and a higher production of greenhouse gases. This in turn makes people more vulnerable to natural disasters such as floods and droughts. In addition, the locals in the area are entirely dependent on one species of tree for a livelihood. If something happens to those trees, well, they have no backup.

GoKunming: What can be done about these monoculture plantations?

Dr Xu: There are a couple of strategies. One is to cut down a few of the monoculture trees and replace them with more diverse plants. The best solution actually is to leave the forest alone and allow for natural reforestation. Diverse plants will grow. That's the beauty of nature, ecosystems constantly regenerate.

Dr Xu: That's true. There are two types of plants that can be introduced, the native ones, the good kind, and the non-native ones, the invasive species or weeds like eucalyptus. They take over and destroy native plants. At the moment, there is no good assessment of invasive species. This is an issue the scientific community needs to pay more attention to. We have a saying at work—the right species, for the right place.

GoKunming: What will it take to make all of this happen?

Dr Xu: A big part of the problem is the government is using a one-size-fits-all strategy to deal with environmental issues. That won't work. China is huge and contains a vast diversity of plant life. Government officials need to learn more about the local environments they are working with, as well as incorporate the best science into policy planning. The local people actually tend to know a lot about the environment they're living in and the plant life, and their knowledge should also help shape policy.

GoKunming: How would you describe the work you do?

Dr Xu: I have two roles. Firstly, I'm a facilitator. I get the dialogue going between three main groups: government officials, local people, and scientists. The idea is that everyone knows something. The government has the data, the local people have in-depth knowledge of the area, and the scientists understand the broader picture. The best policy happens when all three groups share their information.

GoKunming: That's an impressive breadth of work. Could you tell us about what you're working on right now?

Dr Xu: [Laughs.] All of these things. Alright, a specific example: in Tibet, nomads go to the valleys for the winter. Because of global warming, it gets warmer earlier, but during our research we discovered that doesn't actually mean that anything is growing. Plants actually need cold weather for dormancy. It's sort of like humans and sleep. If you go to bed late, you'll wake up late. The plants need a longer time, and so they grow twenty days later or so. So the nomads are stuck in the valley twenty days longer instead of up in the mountains feeding their yaks. This is one of many examples of a coping mechanism used to deal with climate change.

GoKunming: Could the coping mechanisms local groups use to deal with climate change damage the environment?

Dr Xu: Oh yes. This is called maladaptation. That's actually what my work in North Korea covers. North Korea's industry was heavily dependent on the Eastern European bloc. When it collapsed, North Korea's industry collapsed. In turn, this affected the agricultural sector which depended on economic support from the industrial sector. To survive, people were going out and chopping down the forest for food and firewood. This led to floods and other natural disasters. In turn the natural disasters led to widespread starvation so people went out to cut down even more forest.

It's a vicious cycle. That's where scientists have to step in to educate locals and decision makers.

GoKunming: And what was your solution for North Korea?

Dr Xu: Agroforestry. We're having locals plant trees that are native to the land but also able to produce food and generate a source of income. So lots of fruit trees on sloping land. The roots help prevent the land from eroding. We've got user groups establishing nurseries. The government and the local people have been very responsive and quite pleased by the results.

GoKunming: In general what are the pros and cons of agroforestry?

Dr Xu: Agroforestry is the best solution for transitioning to restoring forest since it simultaneously provides a solution for food security and environmental protection. The big issue however is finding the right balance of crops to forest plants.

GoKunming: How do you see agroforestry playing an important role in China's future development?

Dr Xu: China has a large population and limited land. In the future it's going to need more natural resources, more nuts, more fruit. Agroforestry can help with managing the production of all these resources from the land without destroying biodiversity. Agroforestry is the future, not just in China, but all around the world.

Dr Xu Jianchu can be reached at J(dot)C(dot)Xu(at)cgiar(dot)org.