Another rough night at the office for MC Latino

This past Saturday and Sunday the 500KM City Music Festival was held at the World Horticultural Expo Garden offering Kunmingers a bit of variety from normal weekend fare.

Overall the festival was a success, and rumor has it there are more such events planned for the coming months in Kunming, which sounds good to us.

Hanging out in the media pit with photographer Hugh Bohane we couldn't help but notice he was taking much better photos than we were. After a few beers we asked him if we could score some of his pics, a request which he most generously obliged. Below is the 500KM festival, through Bohane's lens - for more of his photos from last weekend, check out his lightstalker page. 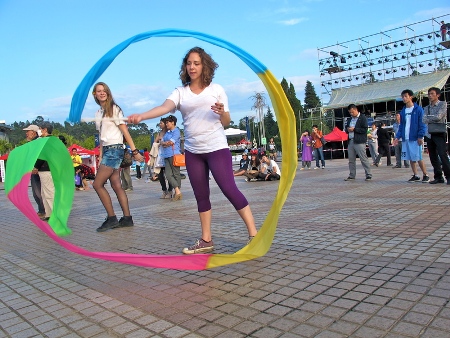 Weather has been a low point for many of the more recent festivals that have been held in Yunnan, but one couldn't have asked for better weather this weekend. When the sun was still up, it was perfect short-sleeve weather. After the sun went down the Expo Garden was pleasantly cool. 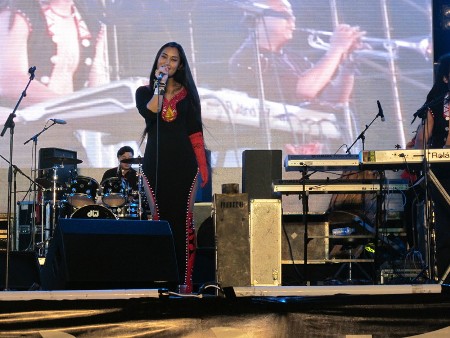 A Mei (阿妹) performed with the rest of Sigangli (司岗里) Saturday night, providing festivalgoers with some of the most danceable music to come from the main stage. 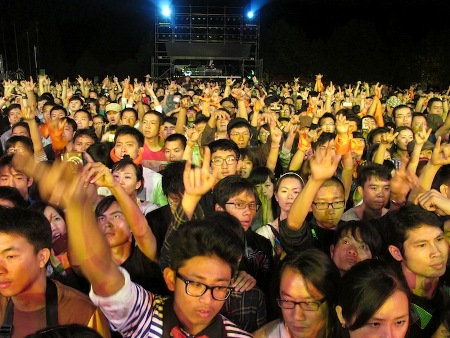 Thousands of people attended the festival both days and behavior was generally very good, although the boys working security up front were barely able to contain the audience during a few frenzied moments. 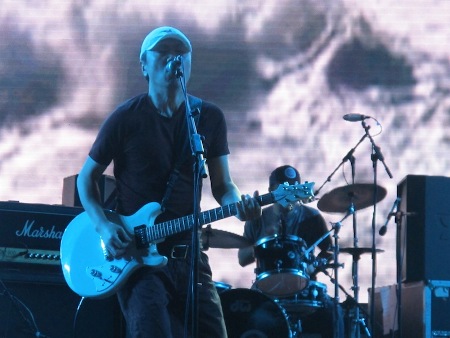 Headliner Cui Jian (崔健) was warmly received by his audience Sunday night. It was our first time to catch his show, which for us was a schizophrenic mix of Beijing rock, jazz and world music that might have made sense had it not been at the end of a long weekend of festival fun. 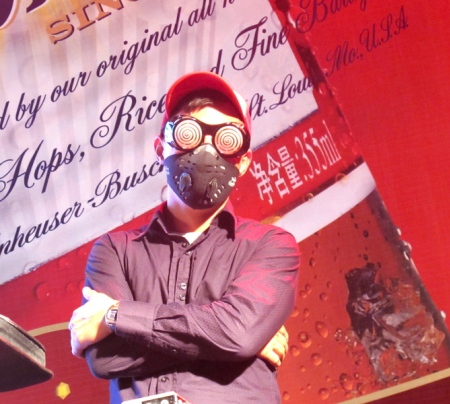 Kris Ariel, aka DJ Kris, was bugging out behind the DJ booth at the Budweiser stage both nights of the festival. 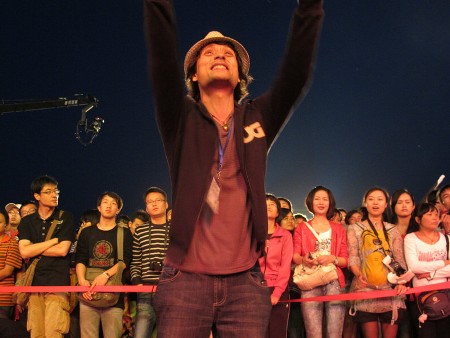 When he wasn't performing with Sea Loving Mammals, Eddy Kneefel was the dancingest man in the media pit, giving plenty of support to whoever was on stage. The Great Apes (类人猿) were one of the few all-foreigner bands that played the festival. The band was tight overall and did a good job of working the audience. Guitarist Jan Hassmann appeared to be feeling it, pogoing around the stage and tearing up his solos. Many festivalgoers came from beyond Yunnan, such as Uighur musician Kaysar (凯撒, right), who was fresh off a Friday gig at Camel Bar. How do you sell Benzies to Kunmingers? Hiphop and bikini models, obviously. MC Latino was part of a talented and busy crew that worked the Mercedes-Benz stage on Saturday and kept the party going at the Candyman Absinthe Bar on Sunday. By late Sunday he was voiceless and swigging on cough syrup. 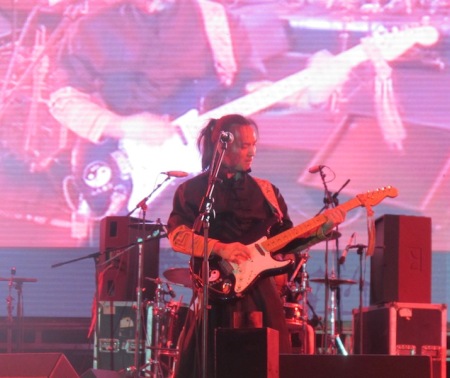 Hometown heroes Shanren Band put in one of the best performances of the weekend, but was unfortunately hindered by poor sound, battling reverb, dead mics and generally poor mixing.

Despite the soundman's inability to do his job well, the band still got the crowd moving during several songs. Had Shanren had proper sound and not been forced to cut their set short by five songs we believe they would have stolen the show from Cui Jian, who brought his own soundman. 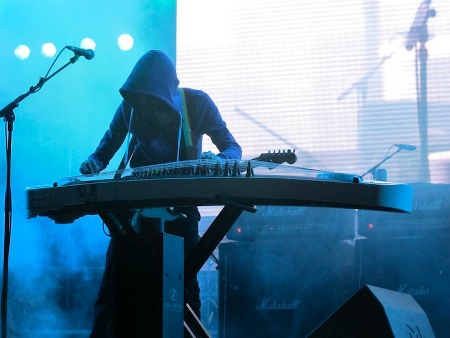 Saturday headliner Xie Tianxiao (谢天笑) incorporated the sounds of the traditional Chinese stringed instrument guzheng (古筝) into a rocking set that kept the crowd in it all the way through the end. In terms of sound and audience response, Xie's set was the highlight of the main stage.

I was there Sunday night. Sounds like I made a mistake not going Saturday. 谢天笑 and 司岗里 both sound awesome.
I came to see 山人, so the sound problems during their set were a big let-down.

I was feeling it indeed ;)
That was a fantastic weekend, thanks everyone who came to see us and thanks Chris & Hugh!

That was such a nice weekend full with great music!
I really enjoyed it and was pleasantly surprised by

all the good music from Kunming and beyond.

And of course when I hear good music I wanna dance

and dance. So that's exactly what I did. Thanks Hugh
for the nice photo's and of course GoKunming for the
article. And where shall we go this weekend? Hmm,
I have heard Yankadi play's in the Hump, that should
be fun!