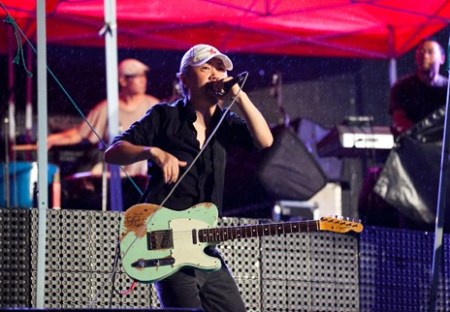 Another music festival has just been added to Kunming's upcoming events schedule – the two-day 500KM City Music Festival (五百里城市音乐节) will be held at the World Horticultural Expo Garden in northeast Kunming on September 10 and 11.

The 500KM festival will be headlined by none other than Chinese rock pioneer Cui Jian who in the decades since his politically charged breakthrough in 1989 has matured greatly as an artist and assembled one of the top rock bands in Asia.

Tickets for the festival are 120 yuan per person for one day or 180 yuan for both days. Tickets can be bought at Chapter One on Wenlin Jie.

dammit. the one weekend i go to hongkong cui jian comes to town and there's a decent festival on. just my luck.

The festival's organizers have provided us with an official schedule: