'Sounds of the Yunnan Countryside' at Yuansheng Studio 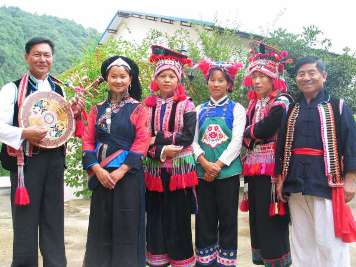 In a city overrun by karaoke bars and discos without dancefloors, it's easy to forget that Kunming sits in the center of a region brimming with a diverse range of music and dance traditions. This weekend one of the city's more unique venues will offer a traditional alternative to smoky bars and monotonous techno.

Yunnan Yuansheng Indigenous Music and Dance Studio is at the forefront of promoting the music and dance traditions of Yunnan to audiences in Kunming and beyond. This Friday through Sunday the studio will host "Sounds of the Yunnan Countryside" featuring the traditional songs and dances of Yunnan's Yi and Wa minorities.

Founded in 2004 by Yunnan TV documentary director Liu Xiaojin, Yuansheng Studio opened its first dedicated space this past January. Prior to moving into its location within the Chuang Ku art compound on Xiba Lu the studio and its performers spent the previous few years performing and practicing where they could.

"We were homeless before - now we have a place that we can call our own," Liu said. "Now we can focus more on performances and stop worrying about practice and performance space."

Liu said her long-term goals for Yuansheng Studio include touring Europe, Canada and Singapore, but for now she's focused on developing the studio's roster of performers. Yuansheng Studio has two groups of performers, the 'A' group, which headlines most events put on by the studio, and a 'B' group, whose training is partially funded by revenue generated by the A group. Liu said that she's preparing to scout for more performers in the coming months.

During a dress rehearsal for this weekend's performances, several Yi men and women danced, stomped, sang and shouted the same way their elders did before them. Later, a group of women played traditional drums known as sheng gu to thunderous effect. Another skit featured a flirtatious musical exchange between a waterpipe-puffing man and his (potential) love interest. We can't understand the Yi or Wa languages, but the performances gave us a palpable sense of these peoples' connections to nature and their communities. 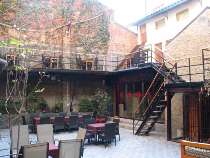 Yuansheng Studio will hold three nighttime performances of Yi and Wa music and dance, beginning at 8pm Friday through Sunday. A special one-hour afternoon performance will also be held at 4:30 on Saturday in Yuansheng Studio's courtyard. Tickets are 80 yuan for the general public and 50 yuan for students with student ID. Each performance will be limited to 100 audience members, so if you want to go you might want to purchase your tickets in advance.