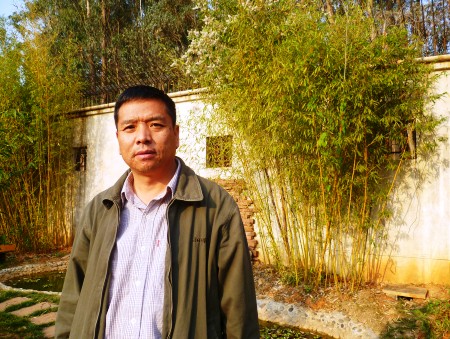 Tainted milk, heavy metals in rice, even fake eggs; it seems like every few months in China there's a new food scandal that makes consumers question the quality of what they're eating and drinking.

Add to that the health and environmental impact of widespread use of pesticides and chemical fertilizers used to max out production in the world's most populous country and one has to wonder how sustainable the country's current agricultural model is.

Mere decades ago, almost all of China's agriculture could be considered organic. But today organic food is a new concept for most Chinese. Over the past decade, organic farms have been slowly sprouting up throughout the country near cities including Beijing, Chengdu and Kunming.

Kunming's biggest and oldest OFDC-certified organic farm is Haobao Organic Farm (好宝有机农场), which produces organic vegetables, fruits, meats and eggs. The farm is located in Haobao Valley (好宝箐) on the west side of Woyun Mountain (卧云山), 35km west of Kunming.

Haobao was founded by Ming Yi (明毅), a native of Chuxiong who gave up his previous job in telecoms to dedicate the majority of his time to Haobao, which he bought in 2002. Farming started in 2003 and certification followed in 2005. Since then, two new production bases have been added to the Haobao family, one in Dali and another in Chuxiong. 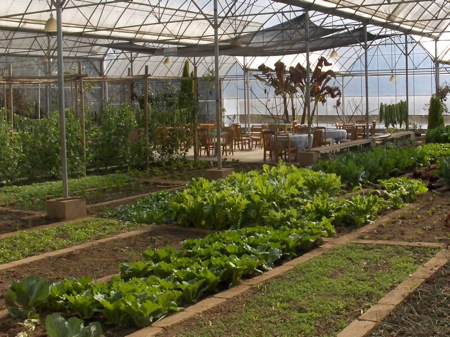 The greenhouse at Haobao Valley

We recently spoke with Ming at his Kunming office near the Expo Gardens about his experiences in China's nascent organic industry:

GoKunming: Why did you get into organic food?

Ming Yi: For some time I had felt that chemical fertilizers had affected our health, and eventually started to hear about organic food. I watched a German documentary about organic farming that laid out its benefits and I quickly took serious interest in it.

GK: How were the early days of the farm?

Ming: In the beginning nobody knew what organic food was, which for us meant that a lot of food went to waste and we were unable to cover costs.

GK: How has awareness of organic food in Kunming changed over the years?

GK: What are you doing outside of Kunming?

Ming: In 2004 we started sending produce to Shenzhen, Beijing, Guangdong, Zhuhai and Shanghai. I went to coastal cities to do some market research and it seemed that at that time organic food was just starting to take off in Shanghai, Shenzhen and Zhuhai. Now there are even some stores in these cities that only sell organic food.

GK: What challenges does a small organic farm face when trying to get on the shelves in a large supermarket?

Ming: We've worked with Walmart, Carrefour and others but it hasn't worked out yet. Our produce stays fresh for three days and within that time the supermarkets would usually only sell one-third of what they bought from us. Also, the price was 50 percent higher than normal produce, which shoppers didn't like. 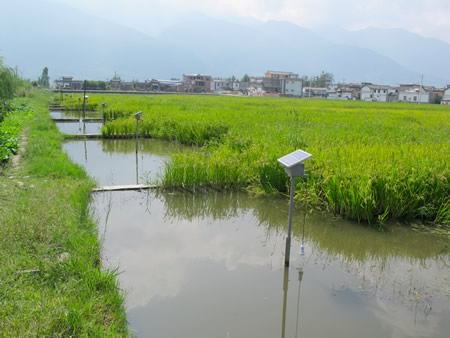 GK: Can you give us a brief introduction to your different farms?

Ming: Our first farm is located in Haobao Valley and covers 115 mu (7.7 hectares). We grow a lot of different seasonal vegetables there, raise chickens, lamb, pigs, pheasants and ducks and produce eggs too. We also have a large showcase greenhouse with a restaurant and there's a hotel for guests that want to spend the night up on the mountain.

In Dali we have a 120-mu farm where we grow white rice and brown rice.

In Shuangbai in Chuxiong Prefecture, we have a 25-mu farm where we grow fruits and vegetables that require a warm climate – things that won't grow up on the mountain at Haobaoqing. It's a smaller farm, but we can grow year-round. In order to be organic, we can't use nearby river water, which forced us to find a location with a mountain spring, which ended up being quite removed from the local road network. It's not the easiest place to get to. In Shuangbai we're going to grow more fruit, like bananas, papaya, grapes and sugar cane too.

GK: Did people think that you'd lost your mind when you decided to start an organic farm?

But we have made some money – it's the only way we've been able to survive for eight years.

In 2010 we started to break even, and we've also received support from local governments. The support from the Dali government has been most significant. In Dali they're concerned with protecting Erhai Lake and improving its water quality, so they're interested in organic farming.

GK: "Sustainability" has been a buzzword for some time now, can non-organic farming methods be considered sustainable?

Ming: Only organic farming fulfills the ideals of so-called "sustainable development" or "scientific development". The great thing about organic food is that the food also tastes better, it doesn't get stripped of its flavor and character like with other farming methods. 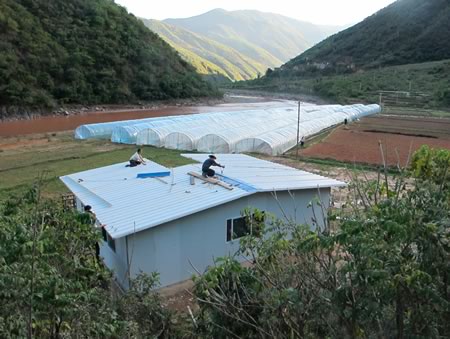 GK: Where do you see Haobao five years from now?

Ming: I think that if we do things right, this should be a breakout year for us. We currently have nearly 200 members receiving deliveries of our vegetables. Our business in Zhuhai has also picked up considerably.

I hope we can also help promote a broader public knowledge of what organic food is and why it's important.

Could it possible to get more info regarding exact address as well as contact information for further cooperation.

Haobao is in GoKunmings listings.
gokunming.com/en/listings/item/hao_22234/haobao_organic_farm
They have the exact address and phone number there. They also had an option to pick you up at your home (for a reasonable fee), bring you to their farm and take you back home, but I don't know if this info still up to date.