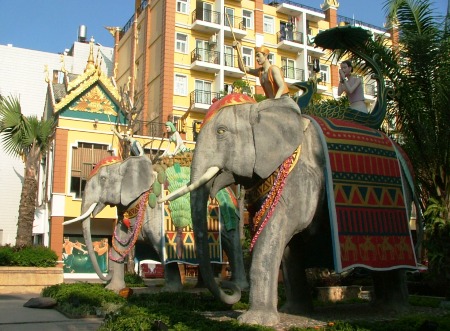 Despite being nicknamed the Spring City, Kunming does have cold spells in December and January. Luckily, when it's chilly here, that's when the tropical city of Jinghong (景洪) in southern Yunnan's Xishuangbanna Prefecture is at its most comfortable.

During most of the year, Jinghong is hot and humid, with daytime highs typically above 30 degrees Celsius (87 degrees Farenheit). But during the winter, temperatures become much milder, with daylight hours pleasantly warm and slightly cool nights.

In many ways, Jinghong could be called Yunnan's own Southeast Asian city. Traditionally, the main inhabitants have been the Dai people, who are closely related to the peoples of northern Thailand and Laos. Other ethnic groups found in Jinghong include the Hani, Aini (Akha), Bulang and Lahu. Other than the Bulang, who are only found in Yunnan, these ethnic groups can all be found south of the border in the hills of northern Laos and Thailand.

Han Chinese began moving into Jinghong in significant numbers in the 1970s, primarily from Hunan. Many of these "immigrants" integrated to a certain degree with the Dai – they learned the Dai language and even intermarried. In the last decade there has been a new wave of arrivals from Hunan, but many Hunanese from the first wave complain that they are isolationist and don't respect the local ethnic groups.

For centuries, Jinghong – previously romanized as Chiang Hung – was the capital of the Sipsongpanna kingdom, which for centuries maintained friendly relations with the kingdom of Lanna to the south, in present-day northern Thailand. Eventually, Sipsongpanna allied with the Ming Dynasty and attacked the Lanna capital of Chiang Mai in 1405. Afterward, the region increasingly drifted into the Chinese sphere of influence. 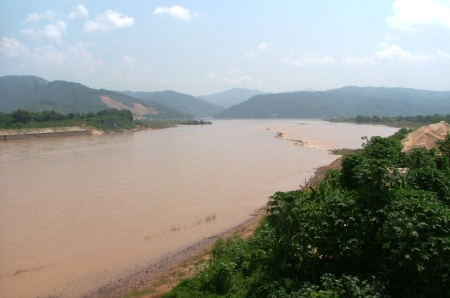 The Mekong River, known in Jinghong as the Lancang River

Jinghong is situated on the west bank of the Upper Mekong River (Lancang Jiang 澜沧江), which historically facilitated trade with its neighbors downstream. But perhaps more importantly, Jinghong is located near some of China's most important tea-producing mountains.

Tea grown in the neighboring county of Menghai (勐海) was transported from the region through northwest Yunnan and into Tibet by horse and mule caravans on what is now known as the Ancient Tea Horse Route (茶马古道). When the caravans returned – they usually went no further northwest than Dali – they brought horses, salt, herbal medicines and other products from as far away as the Himalayas.

Today tea is still important to Jinghong's economy, but a short excursion out to the surrounding countryside is all it takes to see the two most important cash crops of the moment: rubber and bananas. The rubber and banana frenzy of the last decade has brought new wealth to many Dai people, but the crops, especially rubber, are severely depleting local water resources.

Once a sleepy Mekong town, Jinghong has undergone a lot of changes in recent years—many of them quite positive. It is an increasingly comfortable place to pass several days, with more diverse food and drink options than in the past.

Jinghong is only a 45-minute flight or nine-hour bus ride from Kunming and serves as a jumping-off point for exploring Xishuangbanna's beautiful scenery, rich history and ethnic diversity.

A stop in Jinghong can also be a good way to break up the overland journey from Kunming into Laos via the border crossing at Mohan, China / Boten, Laos.

Sights
Much of the allure of Xishuangbanna lies in its countryside, but Jinghong has some pleasant parks, temples and other sites. Manting Park in the city's southeast is a peaceful refuge with a large topiary-encircled lake. The park is also home to a peacock aviary, which visitors can enter for a stroll among the birds. 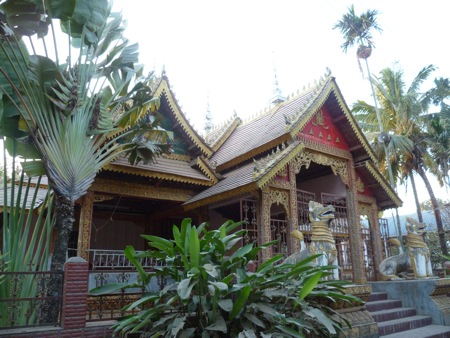 On the north side of of Manting Park, alongside Manting Lu, sits Manting Temple, a Buddhist structure that would almost look at home in Laos or Thailand. 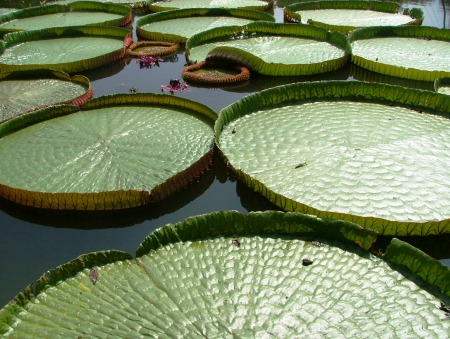 But there are still some interesting plants and trees to be seen. "Dancing grass" (跳舞草), or telegraph plant, supposedly responds to the sound of singing by moving its leaves. We yelled at it for a while, but didn't have much luck.

A stroll alongside the Lancang offers an opportunity to contemplate the river's course from the mountains of Qinghai province to the Mekong Delta in Vietnam. There are some new restaurants and bars on either side of Manting Bridge, as well as Binjiang Park. The river can be accessed at many points around this area.

Eating and drinking
One of the best things about visiting Jinghong is the opportunity to eat authentic Dai food. Chili peppers, cilantro and lime juice are where much of the flavor in Dai food comes from, but lemongrass, fermented soybeans and a variety of herbs you won't find anywhere else are also used to create unforgettable taste combinations. 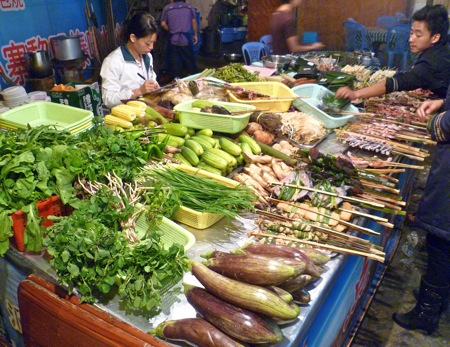 There is a strip of open-air Dai barbecue joints on Menghai Lu between Baji Lu and Manting Lu. Exotic treats at these restaurants include fresh passion fruit juice for around five yuan a glass, fried banana flowers, wild boar, pineapple rice made with purple rice and much more.

Non-Dai dining options in Jinghong continue to improve. For many years, Mei Mei Café has been a popular choice for Western and Chinese food, coffee, beer and mixed drinks. Proprieters Orchid Zhang and her sister A Chun are friendly and knowledgeable.

Both Mei Mei and Mekong lie on Menglong Lu (勐龙路), which is a focal point of backpacker and expat activity in Jinghong. The street is heavy on restaurants, cafés, bars, hotels and guesthouses.

Near the north end of Menglong Lu, the Thai restaurant Cai Chun Qing and the somewhat backpacker-ish joint Banna Café are both worth checking out.

Further afield, Forest Café on Mengla Lu is also a classic backpacker trail type joint with fare like banana pancakes, while Wangtianshu Deli on Mengzhe Lu has high-quality European-style bread and a good beer selection, including ice-cold cans of Bitburger.

Across the river, Chicago Coffee, originally of Kunming, has opened a new branch off Puti Dadao. 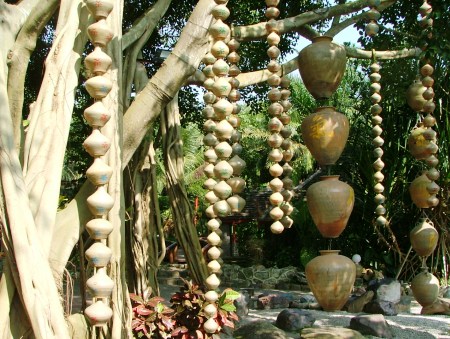 Lodging
Hotels in Jinghong are plentiful and generally well-priced.

We were just there about a month ago for Christmas. The food at Mekong was the best I have had in a long time. Greg cares very much about the quality of his food and served an amazing turkey dinner!! English style breakfast was consistently good, and his Dai food was wonderful. He does employ local Daizu as cooks, and quality is above the standard Dai restaurant.

I've often enjoyed relaxing at the Banna Cafe, as well.

Can't wait for summer to get outta the wild midwest!

I am local girl here. My name is Ivy, and I know the Banna coffe. If you wanna coming, Please contact me. I would like show you the famous place. take you to have some foods. I m here waitting for you.

it all looks great....travelling here in 2013.....is it possible to fly in from Dali. Looking to stay a few days before travel to LP in Laos. I am sure a coffee stop at Banna will be on the cards