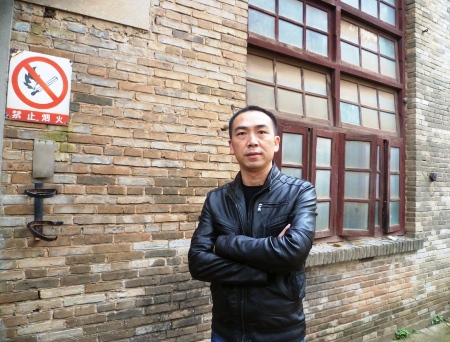 Despite Kunming having a population of millions of people and producing some of China's most famous artists and musicians, the city's art and culture scene is surprisingly small. There are many reasons for this.

There is a lack of community among members of Kunming's cultural circles, there are few viable outlets for performances or exhibitions and most aspiring musicians and artists face an uphill battle in trying to turn their creative passions into something that can pay their rent.

Kunming native Deng Bin (邓斌) is behind an ambitious plan to develop an area that will bring artists, musicians, designers and media together with the goal of nurturing the city's creative scene. Deng's project, Loft Jinding 1919, is aiming to convert the Jindingshan Lu area into Kunming's answer to Beijing's 798 Art Zone or Shanghai's Moganshan Lu art district.

The first phase of the Loft Jinding 1919 project began in mid-2009 and centers on the renovation of old factory space on Jindingshan Bei Lu. Some spaces have already been completed and are occupied by advertising companies, architecture firms, design firms or artists. The sounds of renovation filling the air, we visited Deng at his office to learn more about his plan to bring culture to Kunming:

GoKunming: Why is this project called Loft Jinding 1919?

Deng Bin: A loft or warehouse that's been converted into a creative space is the Western concept that the project will emulate, Jinding is the location and 1919 is the altitude in meters.

GK: What were you doing prior to this project?

Deng:Before this, I was involved in culture projects at Jinmabiji and also in Guandu old town.

GK: How did you decide upon this location for your project?

Deng: Five years ago we started searching for a location that was suitable for cultural events. It wasn't easy, because it's a much harder sell than big moneymaking real estate projects.

We were quite lucky; it seems that we were destined to set up here. Kunming Light Machinery was occupying this space but was going to move their operations elsewhere. They were going to be left with these buildings and didn't know what to do with them. The boss of the company is interested in art and culture and was interested in our vision for the space. We began looking at this area in 2008 and started work on it last year.

GK: What's the general idea behind the first phase of this project?

Deng: The first phase covers 17 mu, which includes 10,000 square meters of building space. We've divided it into two zones, Zone A and Zone B. Zone A will focus on studios, media, design and other creative work. It will be quiet and peaceful. Zone B will be the lively zone, with live music, dance, art exhibitions and other events.

In our research we looked at several places in Beijing and Shanghai and found that mixing creatives' office space with performance spaces and galleries made things too chaotic and often resulted in creatives moving out. 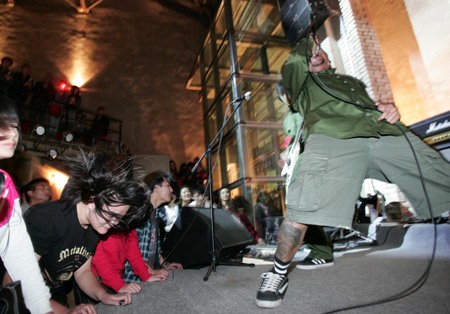 GK: Kunming has changed quite dramatically in the last decade, how do you view the changes that have taken place?

Deng: My personal feeling as a native Kunminger is that a lot of the things that this city had that made it different are now all gone. We've traded our old home for a bunch of new tall buildings.

I know an American artist who once lived in Kunming. After a short time in Kunming, she ended up moving to Shanghai. At that time I thought if given the choice most foreigners would prefer to live in Kunming. I asked her if she liked Kunming and she said as an artist she preferred Shanghai, Beijing and Guangzhou to here, which surprised me. Her main complaint about Kunming was that there weren't enough cultural events. This is one of the primary goals of this project – to create a space that nurtures the local culture scene by facilitating and encouraging cultural activities.

GK: Who are ideal tenants for Loft Jinding 1919?

Deng: Ideally we wanted to focus on local artists and companies but we quickly realized that Kunming was rather limited in that area. So we decided to try to attract quality tenants from outside of Kunming, places like Beijing and Shanghai as well as abroad. We want to bring high-quality creative people with new ideas together with the best that Kunming has to offer to create a community from which new ideas and ways of thinking can spring.

GK: Who has signed leases for space so far?

Deng: We've signed leases with more than 30 companies – we've got one of the city's best live music spaces at Laba, we have tenants involved in video production, advertising, design and websites plus international firms including SCH Architects. 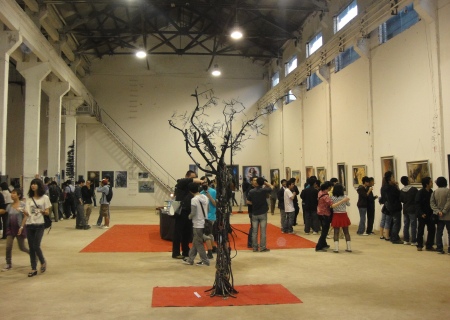 GK: A decade ago most Kunmingers didn't have much disposable income, but now there is plenty of money in the city – are people inclined to spend on culture?

Culture is like a plant, it needs water and time if it's going to grow and develop. For culture in Kunming, money is the water.

A lot of people think that paying cash to see live music is a waste of money, when you can go somewhere else for free that also has music. They don't understand that live music – when it's good – is much better than a CD or MP3. Live music is an interaction between musicians and an audience. Recorded music is a one-way street.

As consumers of culture, Kunmingers need to become more sophisticated, and I think they will.

Deng: We've got plans for an interesting mix of events, there will be a music festival, which will likely be multi-day. There will be an animation event, theatrical performances and exhibitions of art as well as local culture and handicrafts.

GK: When will phase two of this project begin?
Deng: Within two years we will start phase two, with the government as our partner. Phase two will be around 200 mu.

GK: What is your greatest hope for Kunming's future?

Deng: I've been to several Eastern European cities and everywhere we went there were sculptures of famous local people. That kind of thing – to see someone from your hometown that has gone on to do great things – makes people feel good about themselves and their city.

In Kunming we don't have any statues of people. I hope that a hundred years from now, there will be statues of people who lived in this city and made great contributions. That will make it easier for future generations to feel confident and be inspired.

"we looked at several places in Beijing and Shanghai and found that mixing creatives' office space with performance spaces and galleries made things too chaotic and often resulted in creatives moving out."

That's so true. 798 was first filled with artist studios, then the creative companies and galleries moved in. The bars, shops and cafes came last.

798 is very active now, with dozens of exhibitions opening every weekend, lots of music events and plenty of places to grab a bite to eat. But there are only a few artist studios left, and most of the creative companies are gone.

Thanks for that great interview!!

for all my kids in the family and friends

I enjoyed the interview with Deng Bin. I'm a conductor (classical music) from Canada and I will be in Kunming for 4 months (March 1-June 30), teaching and conducting at the Yunnan Arts University, as well as conducting a concert (May 18) with the Kunming Nei Er Symphony Orchestra. I hope to meet some of you during my stay.